How To Pick A Church When You Go Off To College 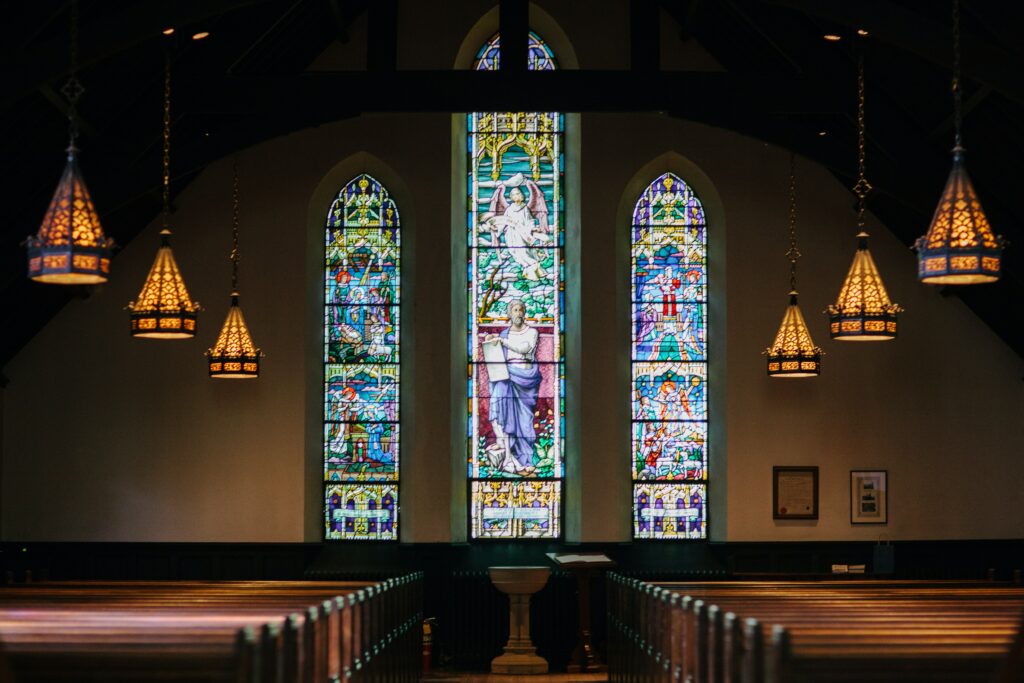 The number of classical Christian graduates who walk away from the faith in college is so high, one could make a decent plan for remaining faithful to God in college simply by doing the opposite of whatever most Christian seniors say they intend to do. When asked how they intend to remain faithful to God in college, many high school students speak about the importance of having good Christian friends. “When I go to college, I will surround myself with friends who love God and will keep me accountable,” they say, blithely unaware of just how often this plan fails.

Seniors cannot be blamed for thinking Christian friends will help them keep the faith, though, given the profound importance most Christians now place on community. “Building community” and “being in community” are nearly the whole point of the modern church, whose chief purpose is to facilitate small groups, and is itself nothing more than “the big small group” that meets on Sunday morning. Accordingly, when Christian seniors consider the temptations of college, their first impulse is to rely on friends—the small groups they will form the following year.

There are a number of reasons this plan doesn’t actually work, the foremost of which is that friends won’t keep you accountable. That’s really not what friends do. Friends will let you get away with murder. Friends will turn a blind eye because they’re afraid of losing your love. If you show up to the office smelling like booze at eight in the morning, your work friends won’t tell. That’s what other people do. Friends will say, “Are you okay, Tom? Everything okay at home?” and when Tom says, “I’m just going through a lot right now,” friends will say they understand and, “If you need anything, just let me know.” Friends always “understand.” Other people at work will go straight to the boss and say, “In the last two weeks Tom has become completely unreliable and then this morning he showed up stinking of whiskey.” Friends bail you out. Other people keep you accountable. In his Rhetoric, Aristotle claims that friends are people we sin around openly. And it’s true, isn’t it? You don’t curse around other people, do you? Just in front of friends.

It should also be said that while friends (of any age) will not keep you accountable, friends in their late teens and early twenties really won’t keep you accountable. They’re about as permissive as it gets. They have no natural authority, little experience, little to lose, and tend to assume the best about their peers. Teenagers always think they’re right because their ideas haven’t been tested. Most people change a lot during their twenties because they are slowly figuring out which of their ideas work. After you leave behind the financial and social stability which parents offer, your ideas have to keep you employed, solvent, sane, sociable, and healthy. Very few college students would claim to be these things. In the chaos which comes with change, twentysomethings struggle to pair the problem at hand with the idea that’s causing it. There is no greater proof of this than the fact so many Christian college students believe quitting church will make things better. Long story short, you can’t expect college friends to keep you accountable because college friends are basically engineered to be incapable of offering tough, sound wisdom.

Here’s how to choose the right church in college.

First. Pick a church before you get to college. If start looking for a church the day you show up at college, you’re already too late. You’re poised to quit going to church altogether in a couple months. You’ll try one church one week, a different church the next week, another church the week after that, and none of them will perfectly suit your preferences. And then you’ll conclude there’s not a church out there which is perfect, so you’ll quit looking. This isn’t a theory. It’s a story I’ve heard many times over the last ten years.

Instead of looking for a church when you show up at college, pick a church before you go. Resolve to go to the same sort of church your parents attend. If your parents go to a PCA church, go to a PCA church. If they go to Baptist church, go to a Baptist church. On day one, let the people at this church know they should expect to see you on Sunday mornings until they hear otherwise. If you want to look for a different church, do it on Wednesday nights. You could use a little more time in church every week anyway. If these Wednesday night experiments ultimately cause you to leave the PCA church for an Anglican church, or to leave an Anglican church for a Catholic church, fine, but transfer your Sunday morning commitments on a formal level. Tell the old Sunday morning crowd you’re leaving, tell the new Sunday morning crowd to expect you every Sunday. In college, you need a group of people who expect to see you every Sunday morning. You need someone who is going to text you on Sunday afternoon and say, “Where were you this morning?”

Second. Pick a boring church. If you start poking around on Wednesday night for a new church, start poking around at boring churches. The sort of high school senior who assumes that college friends will help him keep the faith is also more likely to go to church wherever friends go, and chances are good his friends go to a church called Lift, Sponge, or some other place which takes all its aesthetic, moral, and homiletic cues from secular culture. Such churches do not command respect or obedience and pride themselves on being just like the world, which means they can be skipped without much notice. These churches “build bridges” with the world, but these bridges are more commonly used to get Christians out than to get non-Christians in.

Third. Pick an old church. The other problem with fashionable churches called Lift or Sponge is that they’re new and appeal primarily to young people. There aren’t that many old people who are impressed by preachers in sneakers, hip IG accounts, and rock band worship teams. But the last thing college students need in their lives is more young people. College students are already inundated with young people. There are no babies on college campuses or dorms. No toddlers. No little children. There are no families on college campuses, and neither are there all that many old people. Lost in a sea of young people, college students lose touch with reality. They forget how long life is. They forget all that awaits them after college and live like there is no tomorrow. Imagine how much more sane a frat house would be if one old widower lived there who had to be cared for.

Also keep in mind that any church which is largely stocked by young people is probably not going to last. The congregants grow up and don’t want something for young people anymore. Or else trends change, the church tries to change with the times, but some even younger church is already a step ahead and doing it better. Many young people intuit that churches entirely populated by the young either won’t last or won’t be recognizable in ten years and this knowledge begins creating an early, subtle indifference to the church. There’s a lame duck ethos to churches we know are destined for premature failure.

Young churches are also more prone to scandals than old churches and many college students have sufficiently delicate spirits that a single scandal will turn them off of church forever. On the other hand, older churches called “Smyrna Baptist” or “Second Presbyterian” that have been around since World War II and never had more than a hundred congregants (or less than seventy) are far less exciting and thus far less prone to scandal. Such churches are also more likely to have young people, old people, families, and little children. They do not cater to the tastes of the young or to “worship trends” but offer simple, helpful Gospel preaching and reverent praise to God. They have already outlasted a hundred Lifts and Sponges and will live to see a few hundred more close their doors, as well.

Fifth. Pick the true Church. Given all I have said thus far, I do not want to be mistaken for a relativist. Above all, every man must choose the true Church, regardless of how young the pastor is, how cool the church’s social media accounts are, or how tattooed the parishioners are. If the only true Church in town is a trendy and fashionable mess, it is nonetheless the only true Church in town. Where else can you go and find the words of eternal life? However, a college student who claims, “The only place around here which truly discerns the Lord’s body and worships God in spirit and truth just happens to be called Move.TV Faith Café, is entirely stocked by people my age, and is pastored by a guy with this sick collection of Yeezy sneakers,” does not know what spirit he is of. The sort of person who understands what it means to worship God in spirit and truth does not begin looking in places called Move.TV Faith Café.

The fact that college students have to begin taking care of themselves—and “making important decisions for themselves”—does not mean they need to quit asking older people for advice, especially their parents. But on that note, let me conclude by saying that Christian parents now know how many people quit the faith in college, which means that many parents express relief their children “are going to church somewhere,” even when the church they’re attending is a halfway house to nowhere. Being glad your daughter is going to church somewhere is a good bit like being glad your daughter is dating someone. By that point, though, it’s too late. You have to begin setting higher standards when they’re young.