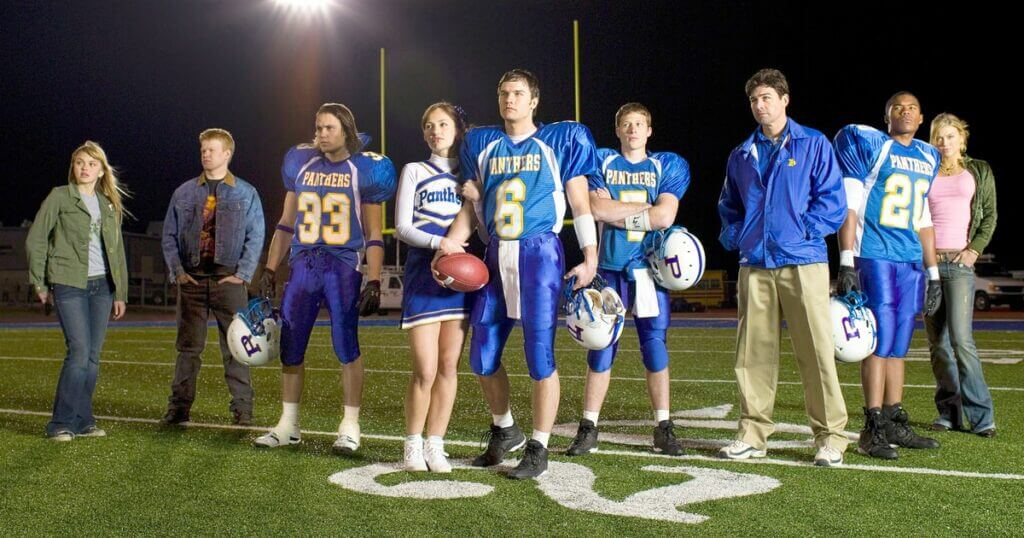 Gibbs: Could I ask you about something you said in your speech at the sports banquet last night?

Gibbs: While speaking of the girls baseball team, you said, “I have never seen greater Christian maturity, self-sacrifice, love, courage, and determination than I saw from our young ladies on the field this year.”

Gibbs: That is remarkably high praise.

Gibbs: It is the kind of praise one might expect to hear given to those who are withstanding violent persecution for their faith in God. Or, the kind of praise given to Christian soldiers returning from a battle for which they were outnumbered five-to-one. It seems strange praise to give to young athletes.

Coach: Well, in a sense, the young ladies on our baseball team are soldiers.

Gibbs: I don’t want to misunderstand you. The young ladies on our baseball team showed “greater Christian maturity” than you’ve ever seen?

Coach: The kind of maturity I saw on the field this year was consistent with the maturity you just described. I have every reason to believe all the young ladies on the baseball team will accomplish such great things.

Gibbs: Does it not seem dangerous to praise them as though they have already accomplished those things?

Coach: Praise is what spurs people on to greater faithfulness.

Gibbs: How does praise do that?

Gibbs: Do the ladies on the baseball team exhibit greater Christian maturity than their teachers at this school?

Coach: It’s my hope that they will accomplish greater things than their teachers.

Coach: You joke, but I learn quite a bit from my players.

Gibbs: Christ teaches, “The student is not above the teacher, but everyone who is fully trained will be like their teacher.” Are your players fully trained? Is there nothing left for them to learn?

Coach: What kind of thing do you expect me to say about the baseball team at an awards banquet, Josh?

Gibbs: How about, “I am very proud of my team. These young ladies worked very hard this year and impressed me with their determination, sportsmanship, and concern for one another”?

Coach: That’s basically what I said.

Gibbs: Do you believe it is dangerous for teachers and parents to overpraise children?

Coach: I think it is more dangerous to not praise them enough.

Gibbs: Do you believe it is possible to overpraise children?

Gibbs: What do you think becomes of children who are overpraised?

Coach: I couldn’t say. The world is so negative today. These kids are criticized everywhere they go. They’re criticized by their peers. They’re criticized online. I think it’s pretty amazing anybody under the age of eighteen has enough courage to come to school these days. If I err on the side of generosity, I might tip the scales just a little in the other direction and restore a little self-esteem and self-respect in these kids.

Gibbs: I was criticized by my peers when I was in high school and I suspect you were, as well. Peer-to-peer criticism is nothing new. However, if our students are falsely criticized, the solution is not to falsely praise them. If a man is too fat, his problem will not go away because his friends tell him he is “too skinny.” If our students are criticized too much, the best thing to do is to praise them prudently, justly, as they deserve. But I’m not convinced our students are criticized “everywhere they go,” as you said. Ours might be an overly critical age, but it is also an age of profound and constant flattery. Everywhere our students go, they are told, “You are fine just the way you are,” “You are enough,” and “Just be yourself.” Most of the love songs on the radio today are sung to the self. Your comments at the sports banquet were in keeping with this kind of flattery, which simply makes parents think their children are beyond criticism.

Coach: What are you talking about?

Gibbs: After you have declared your players (who are also my students) to be icons of Christian maturity— at the tender age of sixteen, I should add— what are they going to think when I tell them their essays are shallow? Or, that their opinions about morality are reactionary and malformed? They will think my comments are nit-picky and cruel.

Coach: I’ve been a baseball coach for ten years now and I must say that this is the first time I’ve been criticized for praising the maturity of my students. In fact, I get the sense that the kind of praise I give my players is not uncommon within the world of high school sports.

Gibbs: I get that sense, as well.

Coach: I think your problem is that you just don’t like sports. Your kind is rather common. You’re one of those literature teachers who complains about students missing class to play sports. You’re not willing to give sports their due. Sports are good for students.

Coach: What do you mean?

Coach: But you said you believed sports are good for students.

Gibbs: Yes, sports help students remain physically healthy. Given that our players represent our school, sports can teach students how to be diplomatic. Sports allow students to publicly experience victory and defeat in a fairly low-stakes environment, which means sports incentivize self-control and humility. And yet, these rather common goods have become too pedestrian for our tastes, and so we heap extravagant praise on student athletes. We pile on superlatives. We speak of athletes as though they were great heroes of the Christian Faith and leaders of the community. By the time they graduate, they have nothing to aspire to, nothing to strive for.

Gibbs: Yes, I have also heard of John McEnroe, Dennis Rodman, Mike Tyson, OJ Simpson, the 1980s Detroit Pistons, Pete Rose, and Oscar Pistorius. I heartily acknowledge that playing sports can be very good for people, but the world of sports is morally mottled. Our society quits claiming sports are necessarily good for the soul once our athletes graduate high school, though. There is no need to explain the time and money spent on college sports or professional sports— both of which can be justified according to their economic value. At the moment, pro athletes have a reputation about on par with politicians and used car salesmen. If playing sports makes people courageous and communally-minded, I would expect the average pro athlete to be a bona fide saint.

Coach: There are more exemplary athletes out there than you care to admit. Besides, I have observed high school sports more closely than you have. I have seen down and out kids turn around after joining the baseball team. I’ve seen shy kids become courageous when they put on a uniform. I’ve seen sports bring out humility, maturity, courage, love, and selflessness.

Gibbs: Have you ever seen Christianity bring such virtues out of players?

Coach: I think sports have to work with Christian principles, but that’s exactly how our players operate. They play baseball to the glory of God. That’s why they turn out differently than someone like McEnroe or Rodman. It’s all very different when you do something for the glory of God.

Gibbs: True, which is why I’m not criticizing the flattery of athletes for my own benefit. I’m doing it for the glory of God.

Gibbs: Since I began teaching fifteen years ago, I have seen students at Christian schools become increasingly cynical about the expression “for the glory of God.” They hear adults bandy it around constantly and they know it means very little. We do what we want to do, we enjoy what we like, and then we say we have done it “for the glory of God,” which somehow makes our hobbies and pastimes pious and selfless.

Coach: It sounds as though you’re quite cynical about the expression, as well.