Words Of Encouragement For Elementary Teachers (From A High School Teacher) 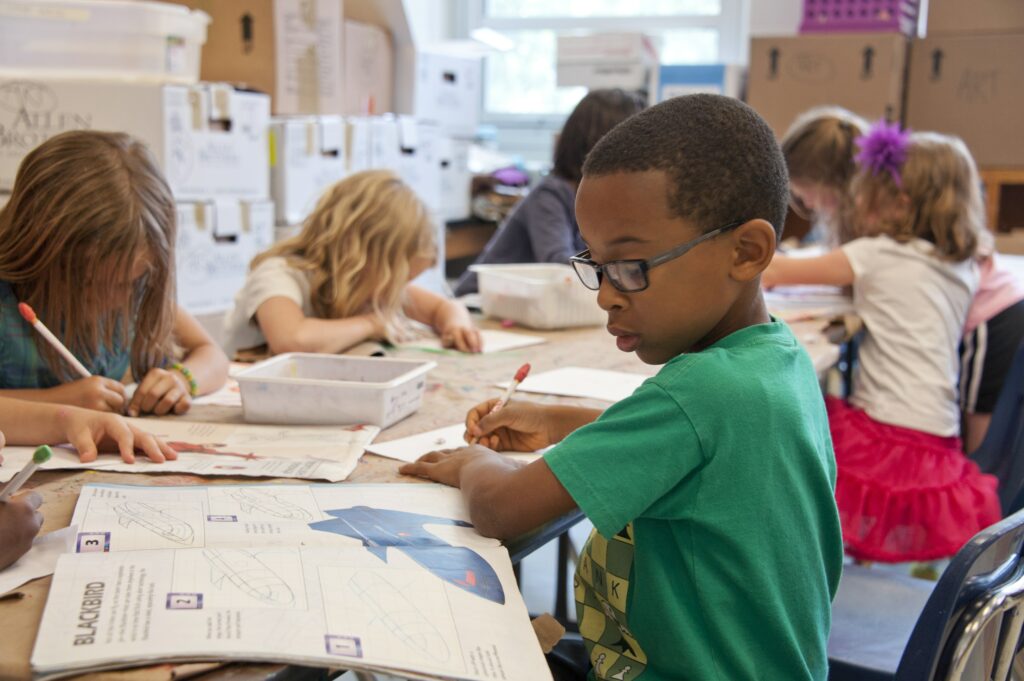 I recently delivered this short talk to the elementary school teachers at Veritas School in Richmond.

When I was young, after Christmas and birthdays, my mother had me write thank you letters to my grandparents. She taught me that it was not best to say, “Thank you for the presents,” but to actually name the presents I had been given. Naming the gifts—as in, “Thank you for the pirate Lego sets” or “Thank you for the GI Joes”—demonstrated greater attention to detail, and thus greater thanks. For this reason, I am not that fond, “Thanks for all you do,” which has become more and more common over the last three years. “All you do” is simply too abstract, too generic to convey real gratitude.

At the end of a school year, it is common to give thanks to teachers, and that is what I am here to do. I am here as a representative of high school teachers, and as opposed to saying, “Thanks for all you do,” I would like to thank you—the elementary teachers—for a few very particular aspects of your work.

Before I do, though, I would like to offer a thought that has probably occurred to many of you before: When people think of classical education, they tend to think of high school classes.

As soon as students pass from elementary school to high school, the nature of the classroom changes immediately. Everything is more formal, everything is more grown up, everything counts in a way it never did before. In seventh grade, students read books on their own, take notes, and write essays about those books—which is the same thing college students do, the same thing graduate students do, the same thing PhD students do, and so there is something about the form of seventh grade classes which anticipates the mature, sophisticated world of adults. At many classical schools, in fact, there are books read in middle school which are also read in college classes. The connection between high school and the adult world is also apparent in the hiring process for high schools, where a greater percentage of teachers have PhDs than on the elementary side.

I could go on.

I don’t mean to demoralize you, but simply to acknowledge what many of you have probably said to your husband or wife in a frustrated moment when you felt your work was not properly valued by the world—or perhaps not sufficiently valued by your colleagues in the upper school.

You may have been in a conversation wherein an upper school faculty member said to you with a sigh, “Oh, I could never do what you do,” and while they meant it as a compliment, you did not take it that way, because “what you do” obviously meant, “Deal with little kids all day long.” But, as an upper school faculty member who teaches Paradise Lost and Aristotle and all the books which are iconic of a classical education, let me assure you that I know you do not simply “deal with little kids all day long.” You are teachers. You are teachers in the realest, truest sense of the world.

In the last five years, I have come to see that I, an upper school teacher, need to do what you do. If you and I are not exactly involved in the same work, it is my work which needs to become more like yours, not the other way around.

Fourteen years ago, I taught my one and only elementary school class. It was a year-long disaster. It was a fifth-grade Latin class, it was my first-year teaching at a classical school, and while most teachers who say such things are being sentimental, I can tell you honestly that I learned more about Latin from my students than they learned from me.

As a teacher, my experience with elementary school is minimal.

As a father, though, I know elementary school a bit better. A good deal of the way I run my own classroom today is born of observing how my daughters were taught when young. Three years ago I wrote a book called Something They Will Not Forget, which primarily concerns the use of classroom catechisms, which are daily recitations of Scripture and classical texts at the start of class. Hundreds of high school teachers across the country now use daily catechisms—although the idea was largely drawn from the daily recitations I heard my elementary school daughters doing at home. The things we memorize ritually sink more deeply into our memories than anything we attempt to memorize on our own. Most of what you memorize in school you forget; however, if you ask a group of high school students about things they memorized long ago which are still with them, all of them will reach back to elementary school.

The success of classroom catechisms—not just for helping students memorize, but in a dozen other ways—got me rethinking the entire approach to education found in high school classrooms.

I don’t like meetings. I hate meetings. But if you think about it, as soon as students hit seventh grade, school becomes a good bit like an endless series of meetings. High school students are always taking notes—it’s the primary way in which diligence is measured once a student hits seventh grade. Outside of high school, the only place people take notes is at meetings.

In an elementary school classroom, one doesn’t find a lot of note taking. Instead, one finds eating, singing, duties, chores, prizes, plays, stories—it’s nothing like a meeting. It’s more like… a good life. It involves bodies, souls, hearts… you know better than your high school colleagues that an education is about habits, patterns of life, the creation of a new and productive disposition. That isn’t just discipline issues. That is education. There’s a sense in which the high school has just as many discipline issues as the elementary school—the thing is, we don’t call them “discipline issues” even though we should. As soon as kids hit high school, “discipline issues” become “culture issues,” which I find an unhelpfully generic and vague term for behavior problems that could be solved with a few suspensions and a few expulsions.

Of course, “discipline issues” are not simply crises of bad behavior. Even obedient students need to be disciplined, although in the elementary school, students are disciplined through the eating, the singing, the playing, the skits, the songs, the group recitations.

In high school, almost none of these things take place, at least not in the classroom. It’s a lot of sitting. It’s a lot of note taking. When students miss a day of class, they ask teachers honestly, “Did I miss anything?” because nine times out of ten, teachers tell them they need to get notes from a classmate, which only takes five minutes. If a sixty-minute class can be made up in five minutes, that class is a fifty-five-minute waste of time, which is something people often say when coming out of a meeting. It takes five minutes to glance over the notes for a meeting—and at meetings, there are no snacks, no singing, no stories. I’m convinced this is one of the most significant reasons why elementary students enjoy school more than high school students.

In the last several years, I have tried to change this. I have begun to model my classroom more after an elementary school classroom than a meeting. I have tried to purge a number of meeting-like elements from my classroom. In my boy’s Bible classes this year, for instance, I did not allow students to take notes. They listened to me read the Bible for twenty minutes (without their own Bibles opened) and then wrote a summary of what they heard. Their retention of what they’ve heard is far greater than I could have hoped for by having them take notes, study the notes, then regurgitate the notes for a test. Interestingly enough, I also don’t have any behavior issues with those boys. But this is nothing more than a good old-fashioned narration assignment. I learned it from you.