Why We Need Jane Austen More Than Ever 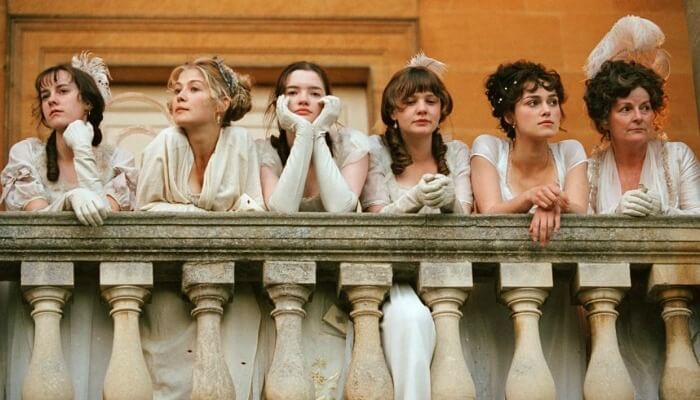 In an early chapter of Pride & Prejudice, Elizabeth speaks with her friend Charlotte Lucas about how to win a man, and Charlotte makes a number of odd claims about romance. She says people rarely fall in love all on their own. A man may like a woman, but he will not love her unless she does more than a little pushing and prompting. It is also best, claims Charlotte, for a woman to show more affection for a man than she actually feels. A happy marriage is the result of luck, and before marrying, it is best for neither bride nor groom to know any of one another’s defects. Elizabeth is not impressed by Charlotte’s advice, and neither is the reader. None of what she says about love is based on close observations of actual people.

Charlotte’s advice is consistent with her character, though, for she is beyond the average age of a bride even though she would like to be married. It is not surprising that a woman who so misunderstands romance would also be without it. This may sound like a harsh judgment to make of Charlotte, but the judgment is Austen’s, and it is exactly this sort of common sense judgment the modern world is terrified to make.

When reading and discussing this passage with my students, I explained they would all meet Charlotte someday. “When you’re in your early thirties, you will someday be invited into the home of a young married couple, perhaps some friends, whose children are wildly disobedient, profoundly unhappy, and yet the couple will dispense advice on childrearing all evening. If you have any common sense, you and your spouse will resolve on the car ride home to do the opposite of whatever that couple said to do, and perhaps also resolve to not dispense any childrearing advice at all to your friends in the future, lest they think you as lacking in self-awareness as the couple whose home you have just departed.” By the end of Pride & Prejudice, Charlotte has entered into an unhappy marriage precisely because she has followed her own advice, and Jane has entered into a happy one because she has done the exact opposite.

From time to time, a man notices something striking about himself. He recognizes—almost from a third person perspective—that he has a habit of responding in a very particular way to insults, or to compliments, or that he intuitively knows to open a birthday card before the present it is attached to, or that the way he deals with embarrassment in front of three people is very different from the way he handles embarrassment in front of thirty. Upon recognizing his own responses, he makes a broad survey of his memory to see if other people do the same. Does everyone respond to an insult the way he does, or is it just him? Does everyone open the card before the present, or is it just him?

Jane Austen had a genius for teaching her readers all of this. Her books are tutorials on self-awareness and self-evaluation. The most obnoxious characters in Pride & Prejudice uncritically assume all their intuitions and preferences are common—and that if they are not, they ought to be. Lady Catherine never suspects herself, which means she never notices how proudly she speaks of herself and how comparatively moderate everyone else is about what good they’ve done. She seems to exist perpetually in that clouded state of mind which prompts some people to send long angry emails replete with parenthetical scripture references and pointed words in all caps. Neither Lady Catherine nor the angry sermonizing emailer have any sense of how preposterous they look because they cannot see they are a kind of person: the self-righteous unpleasant kind. Rather, they are wrapped up in all the ways they are unlike others, or else others aren’t really others, they’re just objects from whom nothing interesting can be learned.

Austen’s novels are predicated on the idea that reasonable people are interested in gaining knowledge of human nature so they can judge themselves and others more accurately—which will, in turn, either help them get what they want, or show them where their wants are incompatible with reality. This is a particularly important and offensive idea to the modern man, who does not really believe that human nature exists. The very idea of human nature suggests that all people have certain things in common or that they ought to have certain things in common, and that any departure from those common things is not courageous and interesting, but dangerous and perverse. Granted, what exactly those common things are is a matter of some debate, although the modern man is willing to mindlessly chuck the longest standing claims about what’s common to man into the trash can when they cannot quickly be made alloy with his immediate desires, especially when those desires pertain to sex.

The Roman poet Horace once said, “You may drive out nature with a pitchfork, but she keeps coming back.” The characters in Pride & Prejudice who end up miserable are those who mindlessly pick and tear at human nature without ever considering the idea that someone is watching (and comparing them with others who aren’t picking and tearing). Human nature isn’t iron and monolithic, though. It is more Nerf-like, which is to say it can be twisted into new shapes, but those shapes only hold as long as constant pressure is applied, and so people who fight human nature don’t have much time do anything else. As soon as they let go, human nature resumes its shape, which is quite painful for those who build their lives around contortions and aberrations.

Given how sophisticated Austen’s novels are, they’re surprisingly easy to read, and any high school student is capable of understanding that Pride & Prejudice is a survey of kinds of people, and an exploration of what kind of person ends up happiest and most contented. Her work stands as a powerful witness against the images of the good life which most American teenagers (or just most Americans) are digitally mired in between the moment school gets out and the moment it starts the next day. Few novelists can undo so much in our hearts that needs undoing.