Why Does The Renaissance Christ Look So Bored? 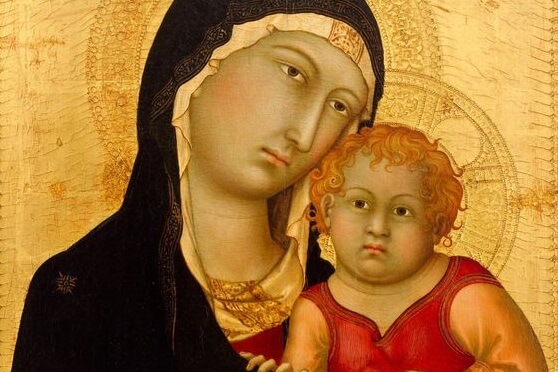 Was Jesus on fire for God? Probably, but Renaissance artists never got the memo. The typical Renaissance Christ looks bored and burned out, not like someone who is ready to start a Bible study, lead worship, or stand up for his faith. At very least, I commonly field such concerns when teaching art history.

I once heard James KA Smith caution a room of classical educators against the youth-grouping of Christian schools, which he described as the tendency to assume that outgoing, extraverted students were pious and ought to be given leadership roles and increased responsibility. Christian educators must be careful to not overly-incentivize mere talkativeness, gregariousness, and boisterousness, though they are often tempted to do so simply because outgoing people generally conduct less awkward meetings and there is an appearance of productivity whenever many words are said. The premium we have placed on outgoing personalities is directly related to the widespread belief that the greatest Christian obligation in this world is sharing the Gospel. Given the way many of my students speak of “sharing the Gospel,” it seems they believe the task more important than prayer, fasting, almsgiving, or church attendance. For some, sharing the Gospel is even more important than contemplating the Gospel, understanding the Gospel, or living the Gospel out. In sharing the Gospel, other people stand to be saved. Living the Gospel out, on the other hand, simply means performing good works, and good works never saved anyone. Of course, unless a fellow is talkative, affable, approachable, and down-to-earth, he is not likely to strike up a conversation with an unbeliever, which means an outgoing personality is a prerequisite for the most important human labor there is.

However, the same Christ which modern Christians interpret as bored and burned out would have been viewed as serene in nearly any era but our own. When I say “serene,” I mean heavenly-minded, peaceful, stable, beyond carnal concerns. The Renaissance Christ has “set [His] mind on things above, not on things that are on earth,” as St. Paul instructs the Colossians, and the things of heaven are eternal and changeless. Christ laughs and smiles as often in icons and canonized art as He does in the Gospels. Allow me to offer the unfussy thesis that, taken as a whole, Western art represents the emotional life of Christ with an astounding allegiance to Biblical representations of Christ. The Renaissance Christ also offends modern sensibilities because He does not look terribly opinionated. Rather, he appears sure, certain, not like one who believes that “people need to be willing to sit down and just talk.” His mouth is closed, and He will wait until His audience is silent before He speaks.

In an era in which pointless dialog, endless chatter, hot takes, casually-accepted dogma, and banal gossip are omnipresent, we need the Renaissance Christ more than ever before.