What Texting Has Done To Student Writing 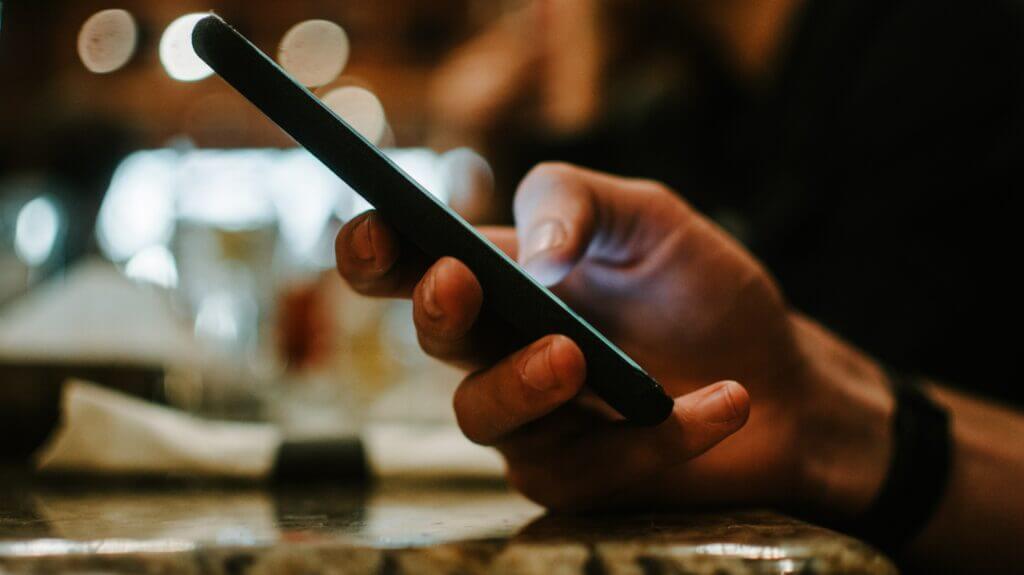 Modern Americans don’t read many books, let alone many good books, which means they don’t have much respect for the task of writing—the toil of writing, the laboriousness of it.

This lack of respect has led us to believe that a high school student can become “a good writer” simply by paying attention in writing class and minding the notes his writing teacher puts in the margins of an essay. However, there is a very good chance that the writing teacher is not himself a writer and that he has written less than ten pages of prose in the last year. Consider how odd this is. Would you trust an art teacher who almost never painted? A music teacher who only played his instrument once a year? A priest who never prayed? And yet we believe a fellow can “teach writing”—and thus turn students into good writers—simply because he can read writing curriculum out loud and write “unclear” or “awkward phrasing” in the margins of student work.

Learning to write is a good bit like learning to play the piano. If a child takes a piano lesson in January and does poorly, the child will perform poorly again in March if they have not practiced at all during the intervening months. It doesn’t matter whether the teacher’s critiques back in January were brilliant. Likewise, if a child writes a terrible essay in January, all the margin notes in the world won’t do any good if the child doesn’t another essay until March. If a liberal arts teacher assigned enough writing homework every month to make his students good writers, he would be fired before Wednesday morning. The only way for a student to improve as a writer is for that student to do a good bit of writing on their own outside of class.

Although, when a parent says, “I want my child to be a better writer,” it is worth asking, “A better writer of what?” There is some sense in which today’s high school student gets writing practice outside class—maybe even more practice than students did twenty years ago. Unfortunately, all that wonderful, habit-forming practice is in crafting sentences like:

The effects of texting on a student’s ability to write an essay are as obvious as the effects of a pint of whiskey on a student’s ability to walk straight. The student who learns to text before learning to write not only has deeply ingrained habits of bad grammar, bad spelling, but often becomes baffled and frustrated at the prospect of explaining something at length. Over the last five years, I have more and more often witnessed student writing that is not simply bad, but haywire: a five-sentence paragraph is five entirely disconnected ideas, individual sentences leap the tracks halfway through and finish in a separate voice, with separate verb-tense, and on a separate subject. When I was just getting started as a teacher, aside from standard grammatical and spelling mistakes, bad writing was simply boring. Today, boring is something of an accomplishment, for boring implies tedium and sameness—and sameness implies consistency.

Granted, this may be the way the same information is communicated in a face-to-face conversation (which sort of still exist), and yet no writing instructor in his right mind would ever encourage high school students to write essays “in a more conversational manner.” Rather, the writing instructor is at pains to explain that the written word must be an elevated form of communication. However, for anyone who learns to text before learning to write, texting rather quickly becomes a lower form of communication than speech. Spoken conversation covers over bad spelling and demand our immediate attention, which keeps the intellect keen. The average young texter, though, quickly teaches himself that words are not important enough to spell properly—a leavening idea that quickly spreads into sentences that are not important enough to form properly and ideas that are not important enough to communicate precisely.

Many Christian parents believe “doing their jobs” means checking their children’s texts for dirty pictures, dirty links, obscenity, gossip, and so forth. Keeping such corruption at bay is what is really important. However, the same parents overlook the banal, primitive language by which their children have learned to communicate “the written word.” Parents are free to let their children learn such a language, but if they do, they are not really free to tell the literature teacher, “We want our son to become a better writer.” A classical education demands a classical home.

Taking your child’s education seriously does not merely mean sending them to a good school. If a man wants his son to become a great pianist, hiring a famous piano teacher is a start, but there are vast swamps of practice, tedium, and sacrifice that must be drained before a great pianist emerges from the mire. There are scores of good teachers out there who are required by administrators to cover gibberish essays written by text-addicted freshmen with red pen corrections. It’s largely a waste of time. A teacher would do far better to give such students a zero and write some short unsentimental assessment of their work at the top of the page. Such a comment would at least instigate a sit-down meeting with the parents where the nature of the problem could finally be explained.

If you are serious about your children becoming better writers, start by taking away their smart phones. If you must give them something, give them lame flip-phones that will inspire the fashionable students at school to make fun of them. Have your sons and daughters write letters to their grandparents. Have them write thank you notes. Ask them to take up correspondence with other weirdos their age who don’t have smart phones. Have them start blogs where they write at length about things they care about—and be sure to turn off the comments option. If you want your children to become better writers, they are going to need a good deal of practice. Reconsider your schedule. Ask yourself, “By the time my son is 45, will it do him more good to have learned competence at basketball or competence at writing?” Try to answer the question without using the words “teamwork” or “community,” neither of which will be fashionable virtues in thirty years.

There is nothing unusual about giving your teenage son or daughter a smartphone. It is a common, average, typical thing to do. For this reason, some might say, it cannot be all that bad. At the same time, by this point in 21st century history, everyone has had a chance to read the news stories, anecdotes, latest studies, think pieces, and sermons which explain just how bad smartphones are for everyone, but especially teenagers. These days, there is nothing unusual about teenage depression, loneliness, alienation, or cyber-bullying either. There’s nothing unusual about teenagers who can barely piece together a coherent sentence. Anyone who wants to argue that cell phone use is common will have to be content with the common problems that come with it.

There was a point in the 20th century when allowing your children to run behind the DDT truck was morally allowable. We didn’t know. However, if DDT trucks still sprayed in the evening today and a man allowed his young son to play in the chemical haze that billowed behind it, he would either have to plead ignorance or else claim his child had special powers to resist the effects of DDT. Most parents who give their children smartphones these days have read the studies. They simply believe their children have special powers to resist the deleterious effects of smartphones on the brain. As a common literature teacher, though, I don’t have any special powers—and so I don’t have much to offer kids with special powers, either.