What I Learned By Totaling My Car In The Middle Of Nowhere, 2200 Miles From Home 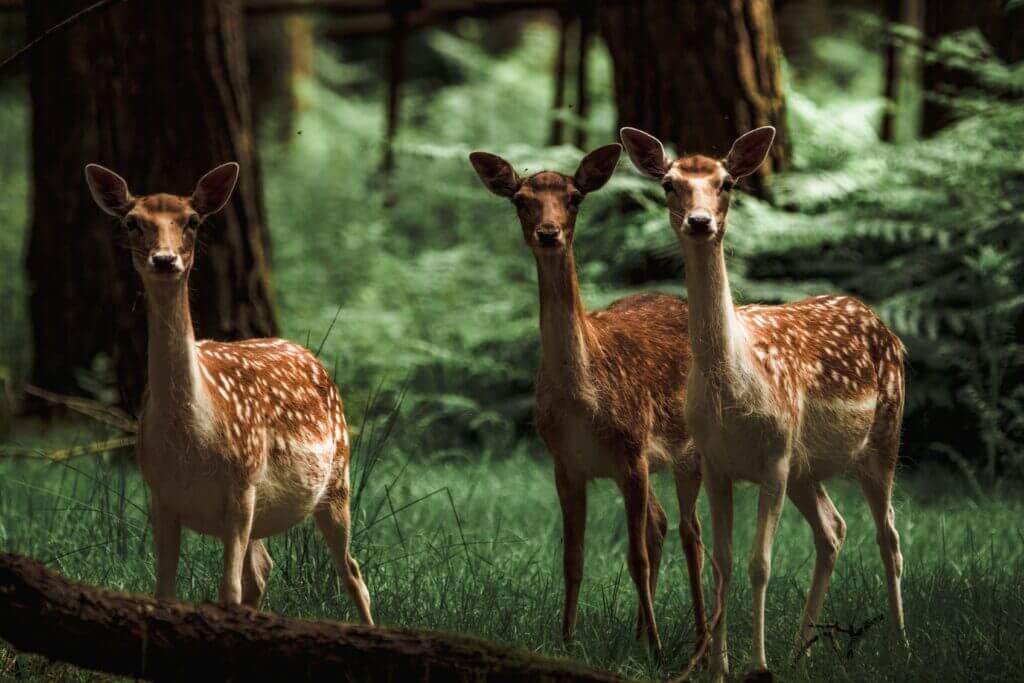 Thirty miles from the Grand Canyon, travelling at around sixty miles an hour, I hit a deer with my Subaru Forester. I did not graze the deer, nor did I nick him, brush him, or scrape him. I hit the deer in exactly the way you would want to hit a deer if you wanted to total your car. With no warning, the deer leapt in front of my car, and I hit it directly, squarely between the headlights. Every airbag in the car exploded into place, a powdery haze filled the cabin, as did the aroma of gunpowder, and then I began shouting, “Is everyone okay?”

By God’s extreme clemency, everyone was basically unharmed. This fact is no less remarkable given the violence of the impact was sufficient to somehow dislodge one of the collar stays in my shirt. The sun roof was blown out of place and the trunk would not properly shut, yet all four baptized humans in the middle got away easy. The only tears came from Beatrice, 10. For a minute or so, the deer barely clung to life near the side of the road, but a sympathetic passerby dispatched it with a pistol after making sure we were okay. Overcome with feeling for the creature, Beatrice quietly wept for a minute or so. Under normal circumstances, I would have given her a little speech about how all the things we love are returned to us in the Resurrection; however, at the time, I had few kind things to say about deer, and to be honest, several days have passed and I don’t know if I will ever look at a deer again with anything other than suspicion.

After we came to our senses and assured a few Good Samaritans we were quite alright, Paula phoned the police and our insurance company. We were told the police were otherwise occupied with an even bigger crash elsewhere, although the insurance company assured us a tow truck was on the way. Our cell coverage lasted just long enough to finish these two calls, then nothing. After this, we waited.

In a very real sense, we were out in the middle of nowhere. The last town we had passed was 50 miles back, though that town was so small it had no stoplight and only one gas station, albeit an inoperable gas station because the entire region had lost power. While we waited, several large black cows slowly ambled across the road and we counted ourselves lucky to have only hit a deer.

A few passersby told us there was a gas station up the road, though they were divided on whether it was “not even a quarter of a mile” or “no more than a mile.” I knew from experience just how often drivers underestimate distances when speaking to people traveling on foot. If we attempted walking to the gas station, we might miss the tow truck, but we could not phone the dispatcher because there was no cell reception. Meanwhile, the allotted time in which the tow truck was supposed to arrive came and went.

Around this time, I started the car and found it was still sort of drivable.

We inched our way up the road and found the gas station in question, which—although none of the passersby had mentioned it—happened to not only be attached to a restaurant, but to a hotel. Unfortunately, the power was out at the hotel and the restaurant, but it proved a wholesome place to wait. Paula determined that the tow truck would have to pass by the restaurant, so I stood by the road, ready to flag it down as we were no longer in the place we had described to the dispatcher. I bought a Fresca in the restaurant, where a waiter shined a flashlight on the menus and people ate cold sandwiches in the dark.

At around eight in the evening, the power came back on, we got through to the dispatcher and were told that no truck could make it out that night. The more significant crash elsewhere had tied up everyone we needed. There were vacancies in the hotel, though.

That night, I filed a police report over the phone. In the morning, Paula got a different towing company to haul our car (and us) 165 miles to Flagstaff. We were chauffeured by an old man named Harold who filled the three hour drive with stories about the landscape, observations on how the landscape had changed over the last twenty years, and several yarns about people who had narrowly—or almost narrowly—avoided death in various rock slides.

In Flagstaff, we left our wrecked Subaru in a parking lot specified by the insurance company, I shook Harold’s hand, told him he had saved us all, and then the trip resumed in a Nissan Kicks courtesy of Enterprise.

In the several days I have had to mull over the whole affair, what has genuinely astounded me was how small the interruption to our trip the wreck was. We struck the deer at around six in the evening. An automobile for which we paid sixteen thousand dollars was lost. And yet by two the following afternoon we were back on our way, and come evening, we arrived at Mesa Verde just a few hours later than we had planned before the trip even started.

Why had everything gone so smoothly?

God is the source of all goodness, but He does not deliver this goodness to us abstractly. Rather, He yields this grace through hoteliers, bakers, police officers, tow trucks drivers, and so forth. When I say, “and so forth,” I mean every sort of profession that has been handed down over the centuries: doctors, teachers, butchers, tailors, soldiers, preachers, carpenters. Allow me to suggest that these sorts of jobs constitute a large part of what we call “society.”

In a very real sense, children understand the glory of society better than adults. Case in point: LEGO’s line of “City” themed toys. While LEGO makes Star Wars themed battleships, pirate ships, and numerous sets which help children simulate war and mayhem, LEGO also makes sets with names like Downtown Fire Brigade, Police Station, Town Center, Central Airport, Fire Rescue Helicopter, as well as dump trucks, tow trucks, and auto body shops. Children stand in awe of the institutions which keep society going. They are intuitively aware that their own families are not independent of society, but that their families both make society possible, and that society makes their own families possible. When children see the sort of civic institutions that keep things normal, they excitedly inquire about them.

When pundits complain about society and how society has become oversexed or pessimistic or lazy, it is important to remember they are not lodging a complaint against butchers and bakers per se. The problem is not that butchers and bakers are doing their jobs, but that a certain intellectual or spiritual corruption has attached itself to society which impedes society from functioning properly. Sane complaints about society are actually about society these days, which is a euphemism for the temptations and failures that are particular to an era. In and of themselves, though, butchers are good, as are bakers and candlestick makers. Likewise, senators, teachers, farmers, doctors, and all the other iconic jobs which form the mosaic of “society” in our minds, are good.

These jobs may not be natural to the creation week, but constancy and habit over the long haul of the centuries has made them “like nature”, as Aristotle puts it in his Rhetoric, and so doctors and teachers and mechanics bear a likeness to natural phenomena like rivers, oak trees, and irises. Just as nature is stable and self-reinforcing, the natural form of society is stable, as well, and provides stability to all those who feed it and feed from it. For this reason, when my family was lost in the middle of nowhere, society stepped in and helped return my family back to normal. Forests which burn regenerate for the same reason. It is their nature.

This is all quite important to remember these days, when an increasingly violent faction of social antagonists has arisen which claims society is neither good nor natural, and that the problem is not bad police officers, bad firefighters, bad lawyers, and bad teachers, but police officers, firefighters, lawyers, teachers in whatever conventional form in which they are found. Every iconic aspect of society possesses some power—some innate and necessary glory—though postmodern sympathizers (especially Marxists) are suspect of all power and want to liquidate and redistribute glory wherever it is found. To put is simply, they hate glory, even the modest glory of humble public servants. For this reason, the last year has seen not only protests against police incompetence, but bullets fired at firefighters attempting to put out fires, the immolation of public busses, the destruction of shop windows and stop signs, and mobs of revelers brazenly blocking ambulances on their way to assist the sick and dying.

Having been reduced to sheer dependence on the impersonal obligations of society (none of the people who helped us knew us, after all), I return to society with a renewed love and respect for the butcher, baker, candlestick maker, and all the rest. These are occupations which sustain the common man’s life and testify to the goodness of what is common and normal. The baker upholds the mechanic, the mechanic upholds the teacher, the teacher upholds the cobbler—each depends on the others, and in this dependence, glorifies the others. It is good they exist. Society is not simply a gift of God, but a revelation of His character.