What Has Jesus Done for You Lately? 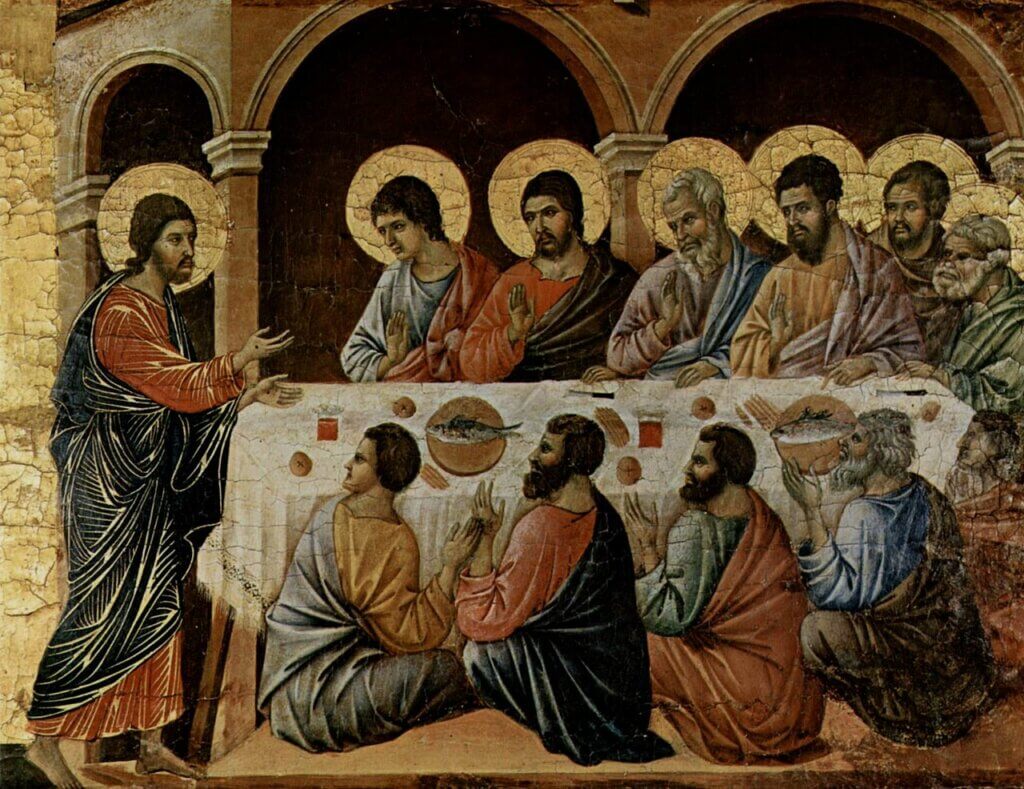 Christ is risen from the dead, having trampled down death by death, and upon those in the tomb He has bestowed life.

In all the history of mankind, nobody has ever achieved what the Christ achieved during those three holy days from Good Friday through the new Pascha that He initiated when He was raised from the dead.

When I was a boy, I had the blessing of blessings in that my parents and my church taught me the Bible continuously. I loved a good theological debate with my youth group friends. To sit in and even participate in the remembrance of our Lord’s self-offering was the highlight of my week.

But one thing that underlay all my arguments and reading and discussions was a deep yearning for it not to be words that we were studying. To this day, when I listen to apologetics, I can’t get myself to care about abstract arguments about words. When I participate in an argument about theology, I can’t get worked up about a discussion over words whose meaning escapes me (and often seems to escape the people arguing about them).

If Christ walked the earth, then I want to see Him and know Him and worship Him. If He gave Himself for the life of the world, then I want to receive Him, even if I goof up my explanations of who He is.

So when I think about the Resurrection during the Easter season, I can’t rest in abstract understandings of what He did. I want to know what He achieved and I want to live in that achievement.

My son Andrew is a student at Hillsdale College, where he studies a lot of philosophy, especially that of Martin Heidegger. What does Christ’s achievement over that Holy Weekend have to do with his scholarly work and his reflections on the hardest questions we can ask about being itself? Does it mean he is wasting his time or does it guide him through these deep waters or something else?

My dancing daughter Larissa is married to a soldier in the US Army and she is going to have a baby in a few months. Like her mother before her, she first had a miscarriage. How does what Christ achieved affect her husband’s (Buddy) soldiering and her dancing and mothering and recovering from loss? I don’t mean how does it affect how they feel about these things (that can arise from abstract thinking); I mean how does it affect the reality in which they are living these things.

My daughter Katerina is a teacher in Uganda and a graduate student in history and the fine arts. She is tutoring four orphaned girls adopted off the streets and she sees pain and sorrow and disrespect for humanity that would be rare in the US. What did Christ achieve for those girls and for Katernina. How does what He did express itself in her studies in the arts and in her teaching?

My son Matthew is studying counseling in a secular college. How does Christ’s achievement affect, influence, alter counseling young people?

My son David is married to Bethany, works for CiRCE, and is raising three boys. What did Christ achieve for them and how does it manifest itself in his work and family life.

The one thing I don’t mean is, “what theological formulation can you give me that I can align my mind with and then draw applications out of it for these situations.” To me, that would turn Jesus into an idea, and my actions an intellectual response to that idea.

Perhaps that is terribly confusing. If it is, the fault is in my expression, not the thing I’m trying to express. I mean that I care a great deal more about the thing than its name, about the encounter with God than words about Him, about being one with Christ than about properly explaining what the word Christ means.

To put it in extreme hypothetical terms: I don’t particularly care if I get my theology wrong as long as I can know God.

All of this is an attempt to express how I have been thinking about Easter (Pascha, or Passover, as it was originally called and still is in much of the world) for the past few weeks. I have been reflecting on what happened that weekend, and if I had a more humble and receptive mind I can tell you that it would overwhelm it.

My reflections on the Temple over the past few years have proven remarkably helpful. I’m afraid I’ve already worn you out by the length of this post, so let me state a couple things and perhaps come back to this later this week.

In Acts 2, Peter gives the first post-resurrection sermon by an apostle. In it, he lays out the claims of the entire New Testament, claims that are developed by Paul in all his epistles, explained in Hebrews, and described in surprising detailing in St. John’s apocolypse and epistles. Peter and James write their epistles absorbed in the ideas Peter expresses here.

Consider what he says:

“This is that which was spoken by the prophet Joel: …I will pour out my spirit… And I will show wonders if haven above and signs in the earth beneath… Whoever shall call on the Name of the Lord shall be saved. Jesus of Nazareth, a man approved by God… you have … crucified… Whom God has raised up…. David foresaw… that He would raise up Christ to sit on His throne… that His soul was not left in hades, neither did his flesh see corruption. This Jesus has God raised up… Therefore being exalted to the right hand of God, and having received of the Father the promise of the Holy Ghost, He has poured out this, which you now see and hear. For David did not ascend into the heavens, but he himself says, “The LORD said to my Lord, sit on my right hand, Until I make your enemies my footstool…. God has made that same Jesus, whom you crucified, both Lord and Christ.”

Many who heard repented and said, “What shall we do?” and many were baptized.

Christ was crucified by wicked hands, but God did not abandon His soul. He raised Him from the dead, thereby declaring Him to be the Son of God (Romans 1) and conquering death (I Cor 15, Hebrews etc etc) by death. He ascended into heaven (Ephesians seems to me to be all about what He did when He ascended – leading captivity captive and giving gifts to men; cf. also Romans 6-8, I Cor 15, II Cor 4, Philipians 2 and 3, Colossians 1 and 3, I Thessalonians, I Peter, I John 3 and 5, and the whole of Revelation), and He sat down at God’s right hand, where He intercedes for us and hears our prayers.

All of this is only a broad summary of things that Peter’s first listeners would have understood a great deal more than I do. One reason for that is because they spent a lot of time in the Temple.

I will close with this:

The Holy of Holies is the inner chamber of the Temple, that room where only the High Priest was allowed to go. From the beginning, it was understood to be an earthly image of Heaven, and more than that. It was the place where the visible presence of the Shekinah glory settled on earth. It was, quite literally, heaven on earth.

In that Most Holy Chamber was the mercy seat throne of God, covered by the golden wings of the Cherubim and overshadowed by the acacia wings of the gigantic carved Cherubim, each representing those angels that sing before the eternal throne in heaven.

It was not into this earthly sanctuary that Christ brought the blood of His own sacrifice. It was into what this earthly sanctuary mystically represented: heaven itself: the heaven of heavens, perhaps the third heaven that the Apostle Paul ascended to in his vision where he saw things that cannot be uttered. Here Christ brough His blood and offered it up for us as an eternal sacrifice.

The feebleness of my imagination prevents me from grasping what is happening there, from seeing what Christ achieved. There where the Father’s name is hallowed by the songs of angels and the radiance of His Son, there where the joyful will of the Father is done perfectly, setting the pattern for us to imitate on earth, there Christ is seated and all authority has been given to Him and the earth is being made His footstool, a joy for which we all wait with groanings too deep for words.

That is perhaps a part of the reason why He taught us to pray as He did: Our Father, who art in Heaven, Hallowed by Thy Name. Thy Kingdom come, Thy will be done: as in Heaven, so on earth.

That is what He achieved for us and is achieving for us every day. It is ours for the taking, if only we want it.

How does this enrich, focus, and empower your teaching? Because nothing else matters, when you get right down to it.