What Does It Mean To Wrestle With A Text? 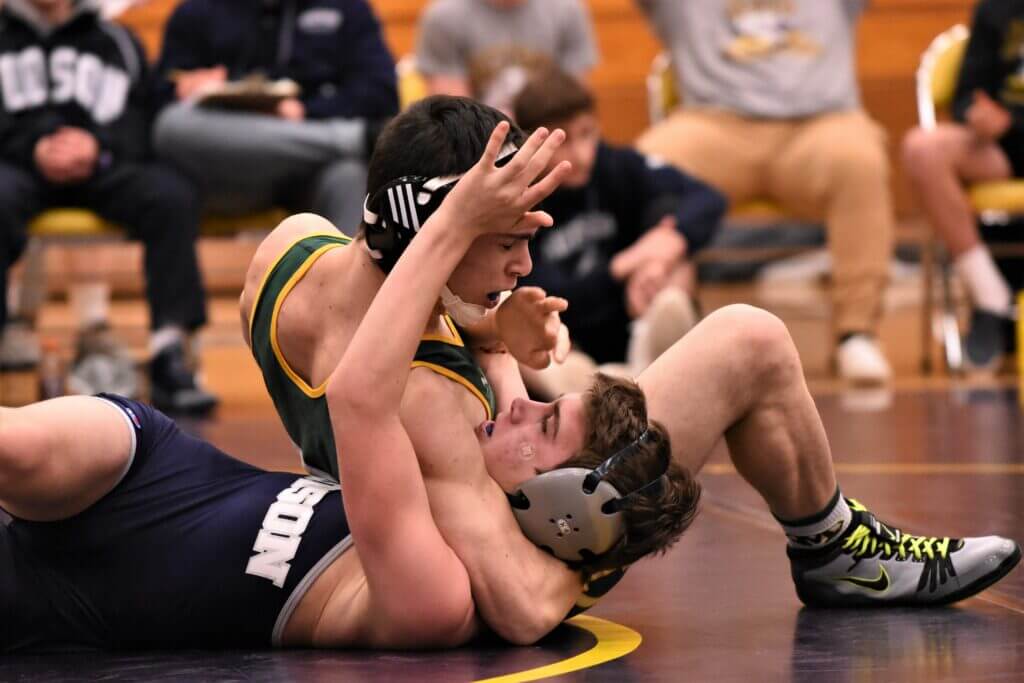 For the last several years, I have argued that most of the literature curriculum should be read aloud in class by the teacher. As the book is read aloud, the teacher should explain it, interpret it, preach it, question himself, and question his students. Nearly two decades in the classroom has taught me that the quality of student reading at home is generally very low. Students read in a hurry, they read in the car on the way to school while the radio plays, they read in thirty second bursts between sending and receiving texts. Really, though, I know my students skim assigned reading because I skim assigned reading. Force me to read something and I will skim it every time. Faculty development book? Skim it. The Bridge of San Luis Rey for a book club? Skim it. On rare occasions I assign my students to read a chapter or two before class tomorrow, I’ll skim that, too. I’ve read it before. I remember most of it. Just about the only way I’ll ever take a book recommendation from someone is if they utter those magic words at the end of the pitch, “and it’s short, too.” Finding out that a recommended book is short is like hearing they’re serving drinks at a meeting.

When I get pushback on the idea that teachers should read most of their curriculum out loud in class, the most common objection is, “But I want students to learn to wrestle with a text,” and students learn to wrestle—it is claimed—not merely by reading classic books on their own, but by being asked thought-provoking questions about the reading the following day and being required to offer thought-provoking responses, as well. A student’s ability to return solid answers to deep questions proves they have wrestled with the text. While this objection does not exactly satisfy my skeptical stance on reading homework, it does raise the rather fascinating question of what exactly it means to “wrestle with a text.” Literature teachers love this turn of phrase, do they not?

I have a hard time imagining what it would look like for a student to wrestle with, say, five hundred lines of Paradise Lost assigned for homework. When I think of an actual wrestling match, I think of striving, pulling, pressure, straining, force, pain, but very few of these things take place while I am reading. When I read a book, I read it, and when I am finished, I put it down, I think about it for a minute, and then I do something else.

When I think of texts I have wrestled with, though, I think of books about which I have changed my opinion. I am presently reading Carl Trueman’s The Rise and Triumph of the Modern Self, for instance, and I am wrestling with exactly none of it. I agree with everything the fellow says. On the other hand, the first time I read Burke’s Reflections on the Revolution in France, I liked to think myself quite liberal, and I was vexed by his insistence that the Glorious Revolution and the French Revolution were nothing alike. “Nothing?” I sneered, and the whole book was sucked down the vortex of that one objection. However, I read that book when I was 28 or 29, when most men come around to the idea of judging their own fathers with greater lenience. On a second read of Burke’s Reflections twelve months later, I found his interest in inheritance and stability entrancing, but only because I had a lately become a father. At the time, I was also teaching The Social Contract, and (the liberal) Rousseau’s politics are exciting, but Rousseau also abandoned five children to foundling homes. With no one to care for, he could afford to make excitement a priority. For a man raising children, though, excitement is more a liability than an asset. The man who has attained something good wants stability because he doesn’t want to lose the good things he has. And yet, I do not remember my mind changing when I read Burke a second time. I found my mind had already changed.

So I have wrestled with Burke, but the wrestling didn’t take place while I was reading. This is generally the way in which we come to hard won peace with a book. Wrestling with a text is rarely a discrete event. It is usually an ambient one. Between my first and second reading of Burke, I wrestled with him without even thinking of him. I wrestled with him while I happily washed the dishes, or read Four Quartets to an infant who could understand none in it, or exchanged Scorpio Rising for the nocturnes of Chopin because the former seemed obviously inappropriate for playing around the baby. One does not wrestle with a text the way one wrestles with a man. We are slowly reconciled to books. Our very lives persuade us to view a book differently. We do not know we have been wrestling with a book until we return to it.

Consider two men arguing over a certain film. One man says Punch Drunk Love is a very good movie, the other says it is quite terrible. They go back and forth, describing the merits and failures of the film, highlighting themes, explaining images, on and on. At best, such a conversation concludes with one of the two saying, “Well, you have raised some good points. I will have to see the film again.” The same is true of an argument over a painting or a sculpture. To change one’s opinion about a work of art when the work of art is not present is disingenuous. Why? Because beauty must be experienced directly. “Taste and see the Lord is good.” We may not form judgements about the beauty of a thing we have not personally encountered. If a certain man comes home and tells his friend, “The cashier at Target today had the fairest skin, the most brilliant blue eyes, a perfectly aristocratic nose, and the most amiable mouth I ever saw,” his friend cannot respond, “Wow, she is beautiful.” He must say, rather, “She sounds very beautiful,” and suspend judgement until he has seen the woman himself.

And so I can’t say that I have ever wrestled with a book while it was in my hands. I have read and reread certain paragraphs of books that I found confusing or obtuse, but there wasn’t any wrestling. I have become so angry with some books that I have thrown them across the room, but there wasn’t any wrestling. I cannot recall a particular moment in which I have changed my opinion on a book. Rather, I always discover that my opinion changed at some point in the past, and I must struggle to figure out why. We cannot be argued into submitting to a text. Sure, students may struggle to grasp a certain author’s point, but the sort of wrestling students need to do with classic texts does not occur over the course of a night, or a week, or even a month. A year is the shortest period of time in which I am willing to consider real wrestling to have taken place, but a year is also the most reliable time frame in which to look for lasting change in a student. A good month might be nothing more than a streak of good luck and a bad month might just be the weather.

For these reasons, teachers should not be disappointed when they finish the last page of Pride & Prejudice and a Jane Austen altar call does not inspire the unshaven scrubs and gamers to come to the lectern and commit their lives to dignity and Darcy-ism. Wait. A quick change is easily undone. Of course, finishing a long old book involves wrestling of a sort—wrestling with patience, boredom, antiquated grammar, and so forth. But the real wrestling match with Pride & Prejudice or Paradise Lost or any great book begins the day after the book is finished. Will anything of the book be remembered? Will anything be retained? These are the questions that drive a man sane.