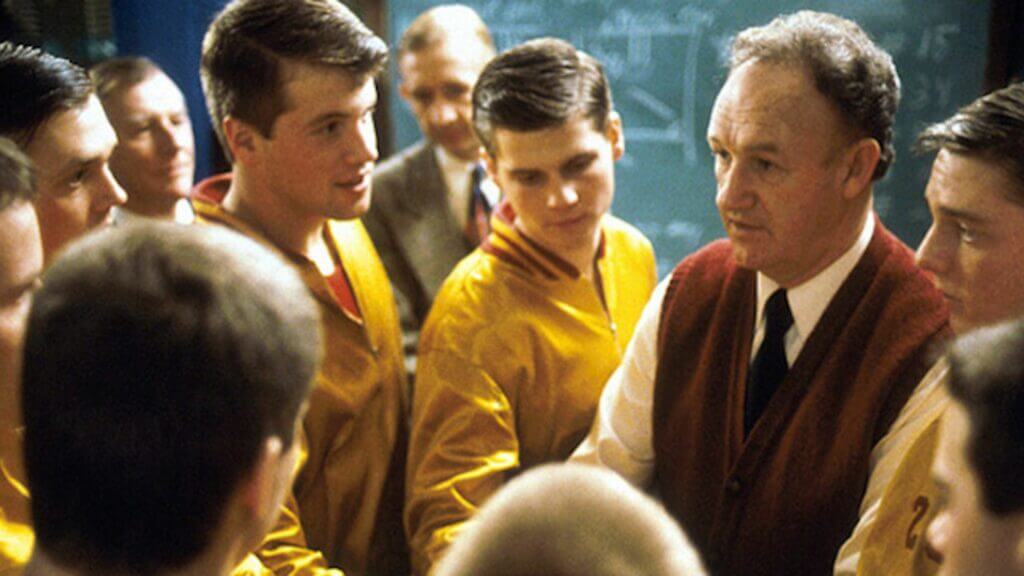 As a philosophy teacher, I think coaches have it pretty good. Unlike philosophy teachers, coaches never struggle to convey the importance of their work. Coaches can arrive in the middle of philosophy class and say, “It’s time to leave for the game,” and students immediately go. Philosophy can wait, sports can’t. To quit doing one thing so you can do another thing—that’s just what priority looks like. Because the work of coaches is more important than the work of teachers, coaches are allowed to speak to students passionately, realistically, and without sentimentality. Part of the reason kids take sports seriously is because coaches yell, “Get your head in the game, Mason! Quit messing around! What’s wrong with you?!” when they need to.

Whenever adults yell and communicate plainly, it is obvious to children that something important is happening. Something real is on the line.

Philosophy teachers aren’t allowed to talk like that, though. Philosophy teachers have to say encouraging piffle like, “So, you’ve done some interesting things in this essay, and I see some positive signs of good progress, but I still think you can make improvements in the following areas.” Sounds real important, right? Yawn. What philosophy teachers want to say is, “This essay is a joke, Mason. You didn’t even try,” because such bluntness might convince students that philosophy is as important as sports. Graduates don’t come back years later to talk to diplomatic teachers who feigned polite praise and limply suggested ways to improve. Graduates come back to talk to sages, saints, priests, and pastors—none of whom are all that welcome in American high schools.

The importance of sports is also seen in the fact coaches have reality on their side. If a certain high school basketball player isn’t very good at dribbling and shooting, he’s not going to get much game time. If a lousy player is put in the game, everyone will know he’s lousy within a few minutes. If that hurts his self-esteem, so be it. It is more important for the team to win than for all the players to feel good about themselves. Sports are competitive and carried out in front of a crowd, which means sports allow students to undergo the humbling losses, qualified wins, and genuine embarrassment which makes self-awareness possible. We don’t mind if athletes are a bit embarrassed from time to time. We know the embarrassment will probably drive them to train harder and do better next time. There is real justice to be had in sports. Excellence is rewarded, as it should be. In sports, excellence works.

Unlike coaches, teachers don’t have reality on their side. They have grades, but grades are inflated and easy to change. In a basketball game, only one team can win. In a foot race, only one runner can finish first. In a philosophy class, though, a teacher can give out as many A’s as he likes, and everyone knows it. The fact that “everyone can win” at philosophy is another reason students are hard-pressed to take it seriously. In sports, the athletes tend to take far greater responsibility for wins and losses than the coach does. In the classroom, though, many parents now view an academic loss as primarily the fault of the teacher.

After fifteen years in the classroom, I have come to sort my students by the common sense their parents exhibit. If I know a certain boy’s father has a realistic understanding of teenage boys, I can help his son gain some self-awareness. I can be a coach to such students. However, for the sort of Republican boy whose family loves to joke about safe spaces and snowflakes, but whose mother wants an admin meeting every time her son’s feelings are hurt, a teacher can’t really help with developing self-awareness.

Still, I want to do something for students who are too tender for self-awareness. I have lately begun showing freshmen and sophomores The Teacher Evaluation from the now ubiquitous Common App. Very few know that the same teacher who writes their college letter of recommendation will also rate them on categories like reaction to setbacks, original thought, intellectual promise, initiative, maturity, personality, concern for others, and a dozen others. Grades are worth something, of course, but colleges also want a qualitative, highly subjective review from a teacher, as well.

Regardless of how seriously the admissions office takes it, when I explain to freshmen or sophomores what The Teacher Evaluation is, who fills it out (perhaps me, perhaps someone from the math department), and then hand out photocopies of the evaluation so they can see the categories upon which they will someday be rated, many laugh nervously and then become soberly quiet.

What exactly does the nervous laughter prove?

Students believe success depends far more on grades than it actually does. On numerous occasions, I have seen students willing to blow their relationship with a teacher just to get a good grade in that teacher’s class—either through politicking behind the teacher’s back, lying, or cheating in ways that are discernable but not provable. These students are oblivious to the fact they might someday need the teacher for something other than a grade. Perhaps teenagers have always been this oblivious, although social media has likely made it worse. Social media teaches users that the greatest social purchasing power comes from impressing people your own age—but this is simply not true. If students grasped just how many opportunities are born of personal connections—who you know, not (just) what you know—they would understand that impressing older people is a far more rare, more valuable talent. This is not only true of high school students, though. Until you are 40, most of the people you depend on for money, stability, open doors, and career progress are older than yourself.

Of course, it’s not as though all sophomores laugh nervously as they look over The Teacher Evaluation. There is another sort of student—a student chats with teachers after class, takes recommendations to heart, asks thoughtful questions, avoids the petty circles of gossip and flirtation that intrigue other students, does not complain about uniforms, receives chastisement and correction humbly, and does not keep up with the latest fashions. This sort of student tends to look relieved after reading over the Teacher Evaluation because it confirms something they have always suspected about school—that relationships with teachers are important, perhaps far more important than anything else.

Likewise, the best way to evaluate a teacher whose been around for ten years is to find out how many former students he talks to on a monthly and yearly basis. If a teacher still keeps in touch with students who graduated years ago, he’s a coach. He doesn’t exist merely to give grades and pass on information. There’s part of me that thinks the most important teaching doesn’t begin until a student graduates and comes back to chat. Such conditions are beyond obligation, beyond duty. Such conditions entail love, which is what makes the stinging rebukes of the coach tolerable.