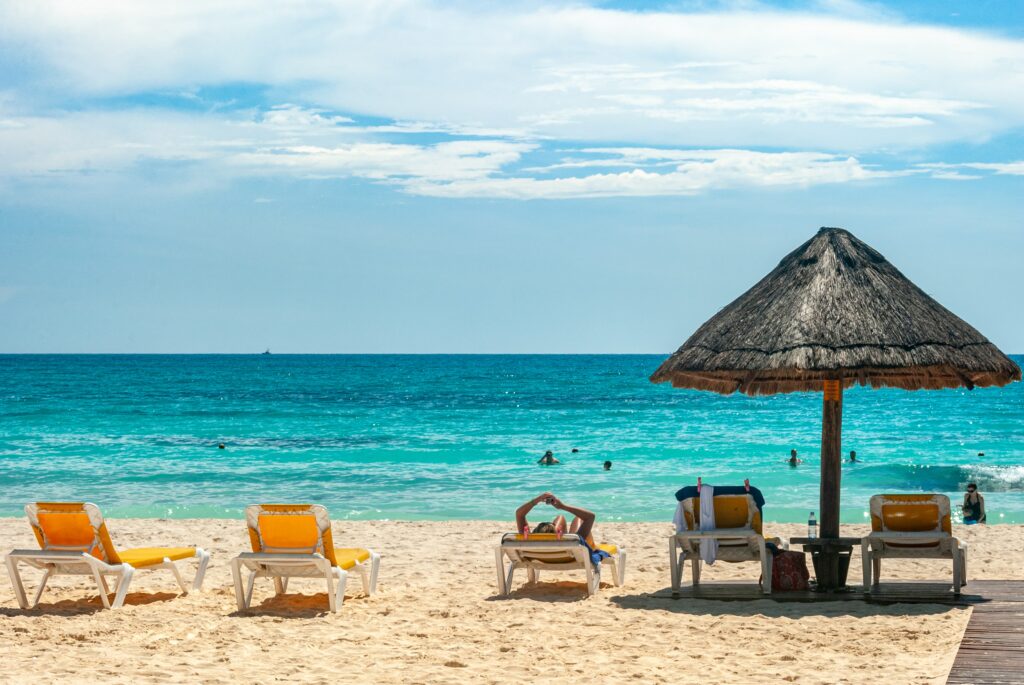 In the last several years, your school may have developed a “vacation problem,” as a friend recently put it. A “vacation problem” is a tendency among school families to take long vacations in the middle of the school year. Your school may have had vacation issues prior to 2020, but pandemic policies inevitably led many families to take a much looser stance toward school attendance. For the last two years, many in-person classes were also available online, which meant a time share in Florida was just as likely as a positive COVID test to make a student absent for a week. While online options have ended, many families are still willing to take extended vacations in the middle of the school year and assume students can just get makeup work upon their return. The truth is quite a bit more complicated, though.

Most teachers will tell you that “making up what you missed in class” never really works. The pandemic showed us that. Students who are accustomed to in-person classes don’t thrive when they’re briefly, suddenly thrust into alternative situations. “Making up what you missed in class” often just means getting notes from a classmate but getting notes from a classmate is generally a worthless, bureaucratic requirement that produces no real learning. The idea that “getting notes” is educational at all is rather absurd. Why? Because “getting notes” carries no moral weight, no authority, takes almost no time, involves no real struggle, and produces no genuine intrigue, respect, or wonder. Getting notes on class works about as well as getting notes on church. If a teenage boy stays home sick on Sunday morning and his father later hands him a church bulletin with a few stray claims about Hebrews 2 jotted down, the boy gains nothing nothing. If the boy or his father pretends the notes have done any good, the boy will actually lose quite a bit of respect for church. Any class session that can be reduced to “getting notes” was not worth taking in the first place. If a student misses a week of class, the only way to truly make it up is with several lengthy makeup sessions with the teacher. Anything less is either fake restitution or else proves the class is nothing more than a babysitting service.

There’s no perfectly polite way to pose this question, but I nonetheless have to ask: If a student misses five days of class to go to the Bahamas, why should a teacher give up their own time to help that student get caught up when they return? If parents genuinely believe that a week of missed classes can be quickly accounted for by “getting notes,” how can they possibly justify paying fifteen grand every year for tuition? If they don’t believe “getting notes” will be enough, then they must also expect teachers to give up their time to accommodate mid-year trips to the beach. Given that many teacher salaries are just north of “vows of poverty,” as Christine Perrin once put it, you can imagine how teachers respond to having their free time acquisitioned just so students can take holidays. If students miss extended amounts of school to go on vacation, they should be required to make up missed time with tutorial sessions, and those tutorial sessions ought to be handsomely compensated.

I’ll grant that vacationing parents may genuinely not know what it means for a student to miss a week of school. If this is the case, the school is somewhat to blame. Parents may have been unfairly sold the idea that “just getting notes from a classmate” upon their return in sufficient. Let me assure you, though, that missing a week of school is a significant disruption for student and teacher alike. Regardless of how many notes are collected, the vacationing student will have reason to say for the next six weeks, “I think I was gone when you covered this.” Reasonable teachers know that “But you got notes from a classmate, right?” isn’t a real reply.

Let me be clear that I am not talking about missing a day before or after Thanksgiving or Christmas break. Neither am I making any accusations against those who miss a day or two of class for funerals, weddings, or illnesses. If a teacher has to give up some of their time to help a student who was ill, so be it. Goes with the job. What is more, I make it a point of pulling my kids out of school for mid-week morning church services as often as I can—it helps them better understand that piety is more important than class. My present concern is not merely missing class but morale. If a student misses a week of class to go on vacation, everybody knows. What long mid-year vacations communicate to the rest of the class and the teacher is roughly the equivalent of a big yawn, a full body stretch, and a wide craning of the neck to look at the clock at the back of the room. It’s really hard to interpret such a move as anything other than disrespect, even if that’s not the intention. If a teacher took a week off from work (“Just read chapters two through nine while I’m gone—and teach yourself the Enlightenment”) to go to the beach, you might smirk to later hear him say, “My work is very important, and I am quite passionate about it.”

It’s really a matter for a different article, but I think classical schools could solve some of their vacation problems if they ceased so often speaking of themselves as “communities” and “families” and instead presented themselves as institutions, like hospitals or monasteries. As risky as this might seem in the midst of our community-obsessed epoch, it would come as a relief to a lot of people. Institutions inspire confidence in a way “communities” do not. They also inspire respect.