A Contemplation for the Ascension 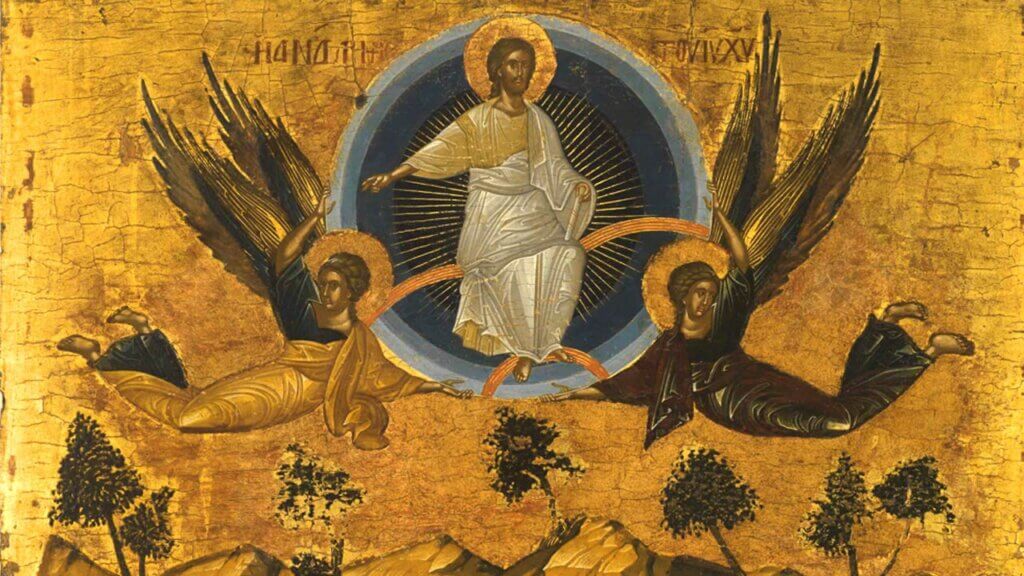 People don’t rise from the dead very often, though it has happened a few times. They don’t often ascend to heaven either, though, again, there are a few accounts of it happening.

However, only once has anybody descended into hades, been raised from the dead, and then ascended into heaven in triumph, whence He could distribute the gifts of His triumph to His people.

As I write, 40 days have passed since the world-wide celebration of the Resurrection of Christ on Pascha/Easter. Today we remember Christ’s ascension into heaven, when, near Bethany, He told His disciples that all the power on Heaven and on Earth had been given to Him, so they should go and make disciples, not only among their own Jewish people, but to the very ends of the earth.

However, He told them to wait. There was, apparently, one last thing He needed to do.

The story is summarized ten days later, when the Apostle Peter, newly filled with the promised gift of the Holy Spirit, addresses those who crucified Christ and tells them what has happened, refering to a Psalm that was widely discussed in those days and that contained the promise the fulfillment of which they are experiencing. He explains:

For David did not ascend inot the heavens, but he says himself:

“The Lord said to my Lord,
Sit at my right hand,
Till I make your enemies Your footstool.”

Therefore let all the house of Israel know assuredly that God has made this Jesus, whom you crucified, both Lord and Christ.

This is, I believe, the Psalm most frequently quoted in the New Testament. And no wonder. It is Psalm 110 (109 in the Septuagint and Vulgate) and you can’t read it without seeing how it is pointing to something, shall we say, extraordinary.

Indeed, it is an enthronement song, probably used at the coronation of kings. And yet, every king would have known that it points to something beyond himself, something our Lord indicated when He asked, “Why does David call [the Christ] Lord?”

Ascent is enthronement. When Christ ascended into heaven He was ascending to His throne at God’s right hand

He was also fulfilling his role as “a priest forever after the order of Melchizedek,” another prophecy presented in Psalm 110/109.

It strikes me that, having received the Holy Spirit and having experienced the initation of a new Creation, Peter’s first sermon lays out the gospel in such a way that the rest of the New Testament is nothing other than a development of what Peter says applied in various contexts, both on heaven and on earth.

How do we live in light of the cross, the tomb, the resurrection, the ascension into heaven, the sitting at the right hand, and the second and glorious coming?

In this post, I intend only to orient my thoughts to this question. If my thesis is right, that the entire New Testament is an explication of the sermon preached by St. Peter, then we should see it throughout. In my next post, I will test my theory against the epistles of St. Paul.

Meanwhile, perhaps we should imitate the apostles and spend the next ten days in joyful anticipation, worshipping as one, and praying – and waiting.

People don’t rise from the dead or ascend into heaven very often, but He has done it and He wants to unite us to Himself, to equip us, to abide with us, here, where we suffer with Him, and there, where we reign with Him.