The Three Most Harmful Weapons of All Time and What They Demand of Us, Plus a List of World Historical Leaders That You Should Get to Know 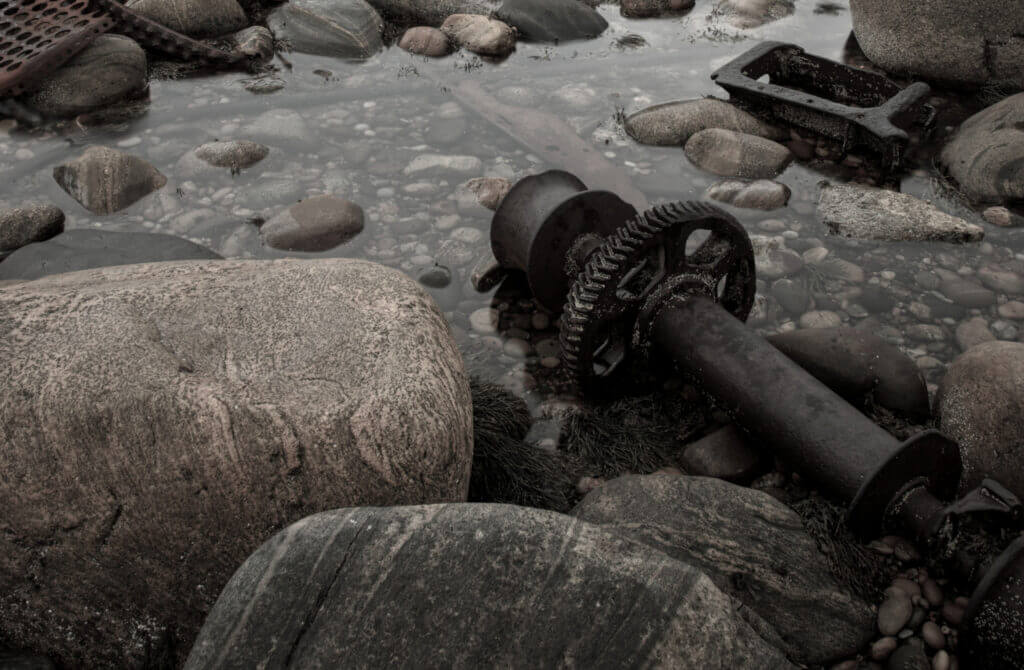 World War II was progressing in earnest 80 years ago this week, so I have been tracking it with short readings and a video series on YouTube.

Last summer, Germany took over Czechoslovakia without much of a shot fired, and in September, allied with Russia, they took over Poland. Over the last month or so, the Russians conquered Finland while the Germans spent a morning taking Denmark as an afterthought while they invaded Norway.

It’s different reading about it in small pieces, week by week. I don’t let myself read ahead, so I can enter somewhat imaginatively into the news of the day, though, of course, never in my life has there been any trial even remotely approaching what Europe endured during these months.

However, much less known out here in the western world are the monstrous events taking place in China. For this, you must allow me a brief backward glance and then I’ll get to the “moral” of this post.

During the 1920’s, Chiang Kai-Shek and Mao Zedong conducted a war of made and broken alliances in an attept to take control of what was becoming a “modern” country.

It is hard for us as Americans to grasp how different the experience of industrialization was in these nations that had long, noble, but not particularly flexible traditions by which they ordered their nations, their communities, and their souls. They seem to have bought into industrialism with a ghostly mixture of surrender, greed, resentment, and hope.

For Japan and Russia, this decision necessitated and may have been driven by the need for an industrial scale military. In 1905, the two fought a brief war in which Japan was shown to have adopted the mentality as well as the tools of the machine much better than the Russians, whose traditionalism, agrarianism, and hierarchical society made them unable to defeat the Japanese forces in the field.

Having defeated the mighty Russian empire, the Japanese persuaded themselves that they were a mighty power, and their industrial scale need for resources convinced them that they needed to expand into the surrounding region.

And there sat resource rich, divided China, waiting for the Japanese, as they saw it, to come and plunder them.

It is hard to measure the degree to which the Imperial Japanese loathed the Chinese, regarding them as an inferior race, fit only to be subjected and enslaved, on the best of days.

I say it is hard to measure. Perhaps they provided a means in the way they treated them. There are plenty of reports, including diaries of Japanese soldiers, that reveal the barbarism that drives us humans to shame over what we are capable of doing to each other when given the means.

The Japanese Military leadership created brothels filled with enslaved Chinese as “comfort women” for their soldiers, apparently thinking that the sexual appetite could be sated by regulated interactions with what they regarded as subhuman imitations of human women. One wonders what part of their naivete is most disturbing.

Instead they found that the soldiers were desensitized, both to torturing other people (men and women, boys and girls) and to sexual satisfaction.

Antony Beavor, in his highly regarded book, The Second World War, writes, “Japanese raids into the countryside used massacre and mass rape as a weapon of terror. Japanese soldiers began by killing any young men in a village…. Then they turned their attention to the women.”

One soldier wrote: “We tried to capture the most interesting girls. The chase lasted for two hours. Niura shot one to death because it was her first time and she was ugly and was despised by the rest of us.”

Beavor continues: “Both the rape of Nanking and countless local atrocities provoked a patriotic anger among the peasantry unimaginable before the war when they had little idea of Japan or even China as a nation.”

Because I am a heretic by disposition and because I don’t believe in not thinking about something because it is too disturbing to think, I wrote in my margin:

“Industrialism and European imperialism have yet to satisfy the need to justify forcing the world into this knowledge.”

There are three inventions that have brought immeasurable material benefits to the world. But they have never seriously made any attempt to justify, even to identify, much less to measure, the cost of that wealth:

The most recent is the computer, which has changed the world in unpredictable and far from demonstrably better ways in only two generations and has only just begun.

Prior to that, the internal combustion engine, transgressed the boundaries not only of possibility but of civility.

And prior to that the mechanical loom unstrung the tapestry so carefully threaded over the centuries during which the great human social fabric was woven. I mean this both literally and metaphorically, for it was the loom that held society together to a greater degree than we are wont to acknowledge or, now, than we are able to perceive.

(If you want a fourth, it is probably the stirrup.)

Call me a Luddite if you wish, but the accounting has ever been attempted. Defenses have certainly been made, but the advantage of the mechanical loom is that it concentrates so much power in the hands of its owners that arguments are about as valuable as a toothpick in a gunfight.

The mechanical loom tore the fabric of society into a thousand shreds and patches and the rulers of the world today are kings of those shreds and patches. They cannot even imagine that there could be something better.

Why should a Chinese peasant have to know that he is part of a vast nation called China? Why should he have to worry about what another nation called Japan will do to his women?

I am not naive, though this surely makes me sound like I am, since I have not already replied to all your objections, each of which is a QED against my case. I know that history happens as it does. I know that humans fear death and turn that fear into a justification for greed, power, and even artistic display. I know that, almost certainly, my toothpick is of no value in the hurricane of history.

But what if a single good idea came from my naive glance at reality and three or four more people could enjoy a week or two (or five minutes) of genuine freedom. Then by my childish resistance I’ll have done something worth doing with my life.

I’m not sure how many financiers can feel that hope.

The moral of the story isn’t obscure: respect humans, not as a bumper sticker slogan, but as a world altering, humbling commitment.

To respect them is to know what they are in their unnapproachable essence, to let them be what they are, to never treat them like they are less than what they are, and to help them become what they are. It is to humble yourself before the most humble of them, never demanding that they conform their being to your passing and unstable will.

To disrespect them is to treat them as less than they are, as person, as image of God, as mystery that you dare not touch.

We are not better by nature than the guards of the Soviet gulags, the executors in the Nazi death camps, or the Japanese rapists.

If we think we are, we create an internal space for evil to grow, and we give it practice with our petty little tyrannies. Aren’t we seeing that all around us and within us even now?

Why then do we rejoice with the Pharisee when we read about the bad guys and imagine that they are not us and that we are not like them? Let us say instead with the Publican: Lord have mercy on me the sinner.

Allow me to end back in Europe, in Germany near the end of the 19th century, when Bismarck’s reign was over and he had not prepared for his succession. Erich Eyck concludes his book, Bismarck and the German Empire, with words that carry cautions for thoughtful people of all eras and ages:

[Bismarck] left his work in the hands of a man* who was quite unable to develop it, or, indeed, to preserve it. That was Germany’s misfortune. But it was Bismarck’s fault that this man possessed power far too great for a mediocre mortal. And it was, too, Bismarck’s fault that there was no parliament capable of bridling this extravagent ruler, and that there was far from enough independence of mind in the German people.

Under Bismarck’s leadership the German nation had become united, strong, and powerful. But the sense of freedom and individual independence, of justice and humanity, had been lamentably weakened by Realpolitik and Interessenpolitik–the politics of power and of material interest–and by the personal regime which the Iron Chancellor had imposed upon his countrymen. it is therefore no mere chance that his work did not last, and that the Prussian crown and the Hohenzollern dynasty, which he had exalted to the heights never before known, ceased to exist twenty years after his death.

If you are a leader, I would rank Bismarck’s life among those very few that every leader should study (others might include Achilles, Alexander the Great, Xenophon’s study of the Persian ruler Cyrus the Great (though I confess I haven’t read this and recommend it on the voice of great studies of leadership like Peter Drucker), Julius Caesar, Augustus Caesar, Constantine, Justinian, St. Louis, Alfred the Great, Henry VIII and Elizabeth, George Washington, Napoleon, Abraham Lincoln, and Churchill.

In no case do I advocate for the given man as a “good” man. Some are primarily cautionary tales. All were geniuses, which essentially makes you very, very dangerous, something I wish we spent more time teaching our genius children.

* “This man” was not, as you might think, Hitler. Instead it was Kaiser Wilhelm II, whose mediocrity combined with great power, led Germany and the world into what it once called The Great War.