Then What Should Elementary Students Read? 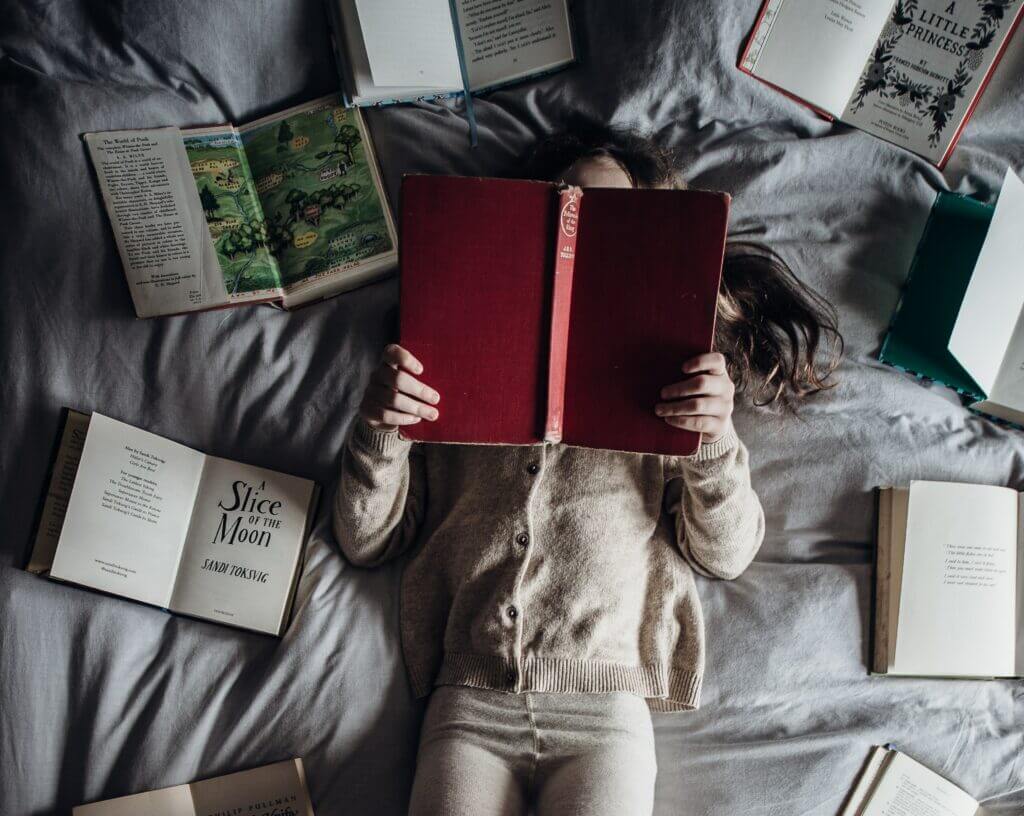 If, as I have argued, following Lewis, MacIntyre, and the Christian and classical traditions, what our children read and how is just as important as our global standing as a nation; and if it is true that we have been debunking our children/selves for generations, the inevitable question must be confronted:

What should our children read?

How should our children read?

The traditionalist educator thinks the answer is obvious: read the old books that have survived time’s sifting.

There is wisdom in this answer.

But there are also problems.

[My political movement] wants man to be active and to engage in action with all his energies; it wants him to be manfully aware of the difficulties besetting him and ready to face them. It conceives of life as a struggle in which it behooves a man to win for himself a really worthy place, first of all by fitting himself (physically, morally, intellectually) to become the implement required for winning it. As for the individual, so for the nation, and so for mankind. Hence the high value of culture in all its forms (artistic, religious, scientific) and the outstanding importance of education. Hence also the essential value of work, by which man subjugates nature and creates the human world (economic, political, ethical, and intellectual).

Did you find anything in that quotation above appealing? If not, you may be hard-hearted.

Did you find anything disorienting or discordant? If so, you are a sensitive and perceptive reader.

It was written by Benito Mussolini, the Italian Fascist Dictator.

Classicists need to remember that Mussolini valorized (worshipped?) ancient Rome and the Italian greatness he felt it embodied. He strove to make Italy a work of art. He hated the reductions of materialist European culture and wanted to return to something more noble and glorious. “I want to make my own life a masterpiece,” he once said.

There is a reason the Fascists were able to seduce Ezra Pound, himself the leading connoisseur of taste in the interwar period. There is also a reason he went mad and fell silent.

Real political and cultural movements can only come into being publicly because there is something within the private soul that corresponds and responds to them.

Therefore, it matters how we read.

Fascism was a real and horrible thing. The fact that pop-left activists abuse the term, throwing it at everybody they don’t like, does not mean we can be indifferent to it.

To the contrary, one important step we can take toward avoiding fascism is to mean something when we use the word: to use it with care and precision. That way we can have a common understanding, which would enable us to communicate instead of “accusacate” (an awful neologism for an awful behavior). Ultimately, using the word meaningfully would reduce the likelihood that the thing itself, the cruel, narcissistic, self-deluded buffoon of a dragon, can’t so easily lurk in the linguistic shadows, shadows generated by the smoke we emit from our own lazy and self-serving minds.

If I name fascism, people deserve to know what I am naming. If I warn them that fascism is coming but they do not know what the word signifies, I may frighten them with words; but I haven’t helped them respond wisely.

It is worth cautioning you, the lover of tradition and anti-materialist, about what others are afraid of when you start describing your vision. In the 20th century tradition and culture (kultur) came to be associated in many minds with fascism and even Nazism. Consequently, they may associate you with the fascist tradition. They are, I hope and believe, wrong. But when they fear fascism, they do not fear something that is not frightening.

It is true that those who dismiss you as a Fascist don’t read carefully. They define by association rather than meaning. They fail to distinguish the essential from the accidental. Most of all, they try to create out of nowhere a safe space where good ideas can be separated from bad, the bad can be attached to people, and the people can be exiled.

Which describes a universal human impulse for existential security, Fascist or Socialist, Fabian or Nazi, when the person views society as a problem to be solved or a simple conflict between the good guys and the bad guys, but fails to see that everything and everybody is tainted and can be cured only willing to receive the medicine of truth, the therapy of beauty, and the healing touch of goodness.

So those who dismiss the lover of the classics as Fascists or reactionaries don’t read you carefully.

Toni Morrison throws down the gauntlet on the stunning opening page of her novel A mercy. Permit me to quote the whole first paragraph and to italicize for emphasis:

Don’t be afraid. My telling can’t hurt you in spite of what I have done and I promise to lie quietly in the dark—weeping perhaps or occasionally seeing the blood once more—but I will never again unfold my limbs to rise up and bare teeth. I explain. You can think what I tell you a confession, if you like, but one full of curiosities familiar only in dreams and during those moments when a dog’s profile plays in the steam of a kettle. Or when a corn-husk doll sitting on a shelf is soon splaying in the corner of a room and the wicked of how it got there is plain. Stranger things happen all the time everywhere. You know. I know you know. One question is who is responsible? Another is can you read? If a pea hen refuses to brood I read it quickly and, sure enough, that night I see a minha mae standing hand in hand with her little boy, my shoes jamming the pocket of her apron. Other signs need more time to understand. Often there are too many signs, or a bright omen clouds up too fast. I sort them and try to recall, yet I know I am missing much, like not reading the garden snake crawling up to the door saddle to die. Let me start with what I know for certain.

That is simply too great and insightful a passage for a blog, so let me encourage you to get the book and read it yourself in context. A book like A Mercy will teach you how to read.

That is what a great book does.

Nonetheless, the danger of the great books can be simply stated: they are mixed with great insight and unspeakable follies. This is true of Plato and Aristotle as it is of Rousseau and Karl Marx.

I’d say, “And Mussolini,” but I can’t consider his writings “great”, except in the sense that they had a rather outsized influence in a broken, post-war nation that had lost its self-confidence and was vulnerable both to flattery and falling skies.

I have been reading the Aeneid for my fall Atrium. It is a mature, wise, thoughtful book. It is a great book. It could also be and has been interpreted as a book that supports fascism.

What then am I to do? Discard it because it is dangerous? Or learn how to read?

Since life cannot be made safe, I take the latter approach. Since I know I am missing much, let me start with what I know for certain: I need to learn how to read. If I don’t, I might find myself participating in the abolition of man.