Teaching Courage In A Sentimental Age 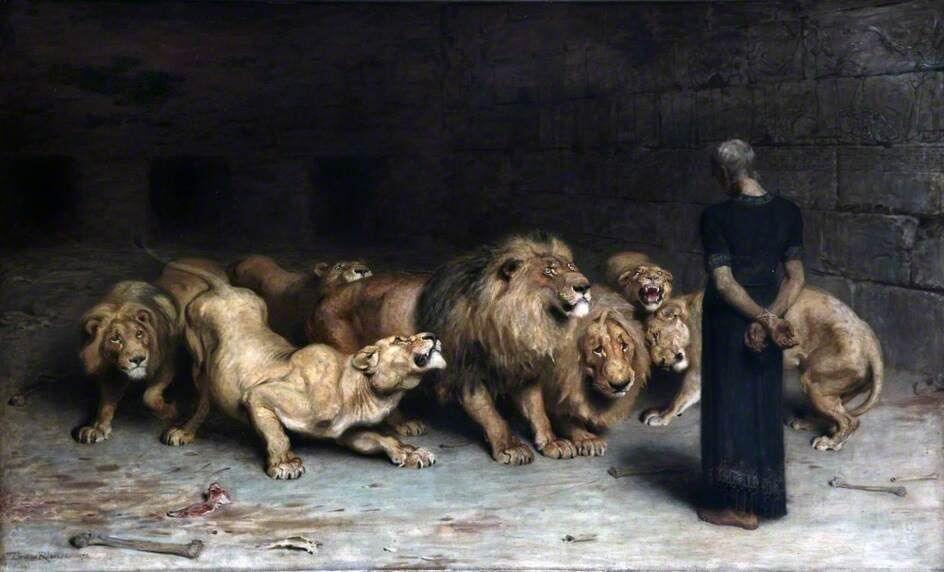 The other day, I picked up my sixth-grade daughter from school and she immediately reported that, while the teacher was not looking, a fellow student had brazenly, flagrantly broken several school rules. “Did you tell the teacher?” I asked. She said she had forgotten. “No, you didn’t,” I replied, “because it obviously bothered you quite a bit. How could you possibly forget?” The truth, which slowly came out in the conversation which followed, was that my daughter didn’t want to tell the teacher for reasons of cowardice that are common to youth, adolescence, adults, and the elderly alike. And that was the word I used when I scolded my daughter: cowardice.

In the same way many modern Christians no longer believe that modesty or gluttony exist, the existence of cowardice is also an increasingly tough sell. We now measure courage by whatever we are willing to do. Every survivor of a public tragedy is “brave.” If a young woman posts a picture of herself in a swimsuit on Instagram and anyone says anything less than congratulatory about it, the girl who posted the picture is “so brave.” As a largely relativist society, we no longer believe in a transcendent standard of bravery. Bravery is whatever I say it is. Bravery is whatever I already am. We do not believe that a failure to be courageous is cowardly. Rather, we blame cowardice on whatever or whoever we fear.

In the last fifteen years, I have noticed a steady rise in the number of students who are nearly silent in class. When I say “nearly silent,” I mean students who only volunteer to speak in class a few times over the course of the entire school year. The silence doesn’t bother me a tenth as much as the explanation of it. When I describe this silence to parents, I commonly hear, “Well, my son doesn’t speak because he’s afraid he will say something wrong, or that his classmates will make fun of what he says.” As opposed to a confession of cowardice, this is regarded as a legitimate, understandable reason for not talking. The fault is clearly with the classmates, the school, the adolescent stage of life, the teacher, the zeitgeist. Instead, the nearly silent student should be congratulated for merely having the courage to come to class.

As skeptical as I am that the average student at a classical school needs to fear mockery just for asking a question in class, I will assume the claim is entirely true for the moment. Fine. So a certain student’s classmates will make fun of what he says. In what moral universe is this a viable excuse for silence?

What sort of mockery can a student at a classical Christian school expect from fellow classmates just for asking a question in class? Let us assume that cruel, fiercely competitive students may mock, jeer, and roll their eyes at fellow students. I am by no means indifferent to such things and would put a stop to such behavior if I saw it. Nonetheless, when a parent excuses their child’s near silence in class on the grounds they fear mockery or “saying something wrong”, I have to wonder if they plan to send their child to a secular university. If a child fears asking a question about Frankenstein in front of other Christians for fear of mockery, what will such a child do when they see Christianity disparaged in a college classroom? Will the mockery not be far more intimidating, more obscene, and more threatening in college? And after several years of listening to Jesus Christ and His friends suffer mockery and scorn in college without having ever stood up for Him, is it not obvious why so many self-professed Christians quit professing Christ in college? “Whoever shall deny Me before men, I will also deny him before My Father in heaven.” Honest people quit claiming to be Christians whenever enough evidence mounts up to the contrary.

Our distaste for courage is born of our sentimentalism. Sentimentalism is the belief that no form of spiritual or emotional pain is ever morally justified. While the sentimentalist acknowledges that good can come in the aftermath of emotional pain, the sentimentalist nonetheless believes it is never right to ask or force others to endure emotional discomfort. Given that the Lord teaches “no discipline is pleasant,” and Solomon teaches “with much knowledge comes much sorrow,” sentimentalists and honest educators are necessarily on a collision course—that is, if students are going to gain knowledge and discipline, which is no longer a given. Aware of this collision course, many educators have abandoned instruction in knowledge and discipline entirely, which is why American students are more lonely, bored, and overrated than ever before.

Sentimentalism leads quickly to boredom. Because waiting is painful, sentimental parents rarely ask their children to wait for anything, and so Christians have largely determined it is better to give children the privileges of adulthood as early as possible: coffee, pierced ears, phones, dating, slinky clothes, or whatever. Because Christian kids spend so little looking forward to adult things, adult things mean very little to them, and the idea of obtaining the skills and habits necessary to negotiate the adult world seems pointless. With nothing to look forward to, their imaginations receive little exercise. Dull imaginations are excited by sex, violence, and social media praise, but not much else.

Having courage will not make a man wildly popular. Courage usually entails enduring pain, mockery, jeering, and insults, all the while hoping for better things to come. Courage is not measured by what we are already doing, what comes easy, or what feels right. Courage will stress you out—courage isn’t for people who think stress is the root of all evil. Merely having stress doesn’t make you courageous; telling everyone how stressed out you are and demanding others change their schedules and expectations so that your stress is lowered is the opposite of courage. Courage will raise your blood pressure. Some victims have courage and some do not. Some survivors have courage and some do not. If getting sick automatically conferred virtue, God wouldn’t have sent His Son, He would have sent a highly contagious plague and righteousness would have inevitably followed. A boy is not courageous just because he skins his knee. He is courageous if he patiently endures the pain, doesn’t cry as hard as he wants to, and doesn’t use the pain as an excuse to be rude to his mother (“Hurry up!”). Training the boy with a skinned knee to have courage might also mean telling him when he has cried long enough or punishing him if he uses his pain as a pretext for being rude to his mother. The child who learns that pain is a valid and unquestionable excuse for bad behavior is simply going to be in pain for the rest of his life.

Restoring courage to its rightful place as a virtue can relieve us of the crippling fear which sentimentalism invariably brings. The man with courage does not demand others reorder their lives for the sake of his own feelings. Courage demands a man think less of his feelings, which is why modern men find the call of courage so offensive, but also why courage is more necessary now than ever before.