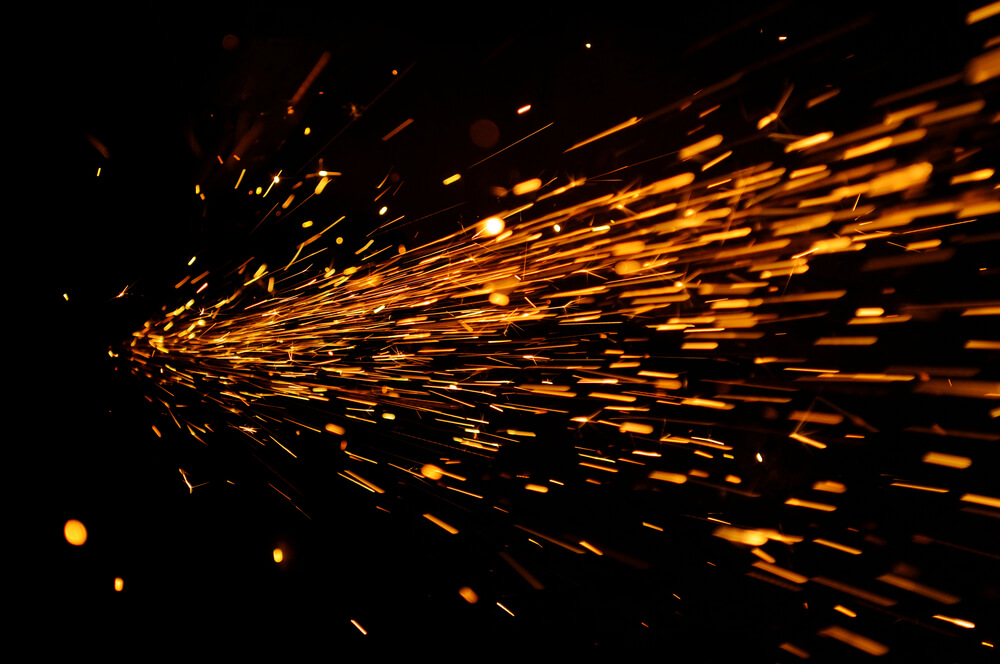 An eye for an eye. God is dead. Fear and trembling.

Does an author deserve to be understood in context? Perhaps.

All this said, regardless of her careful arguments or the precise articulations of her theses, decluttering-guru Marie Kondo has lately entered the national conversation as the proprietor of a fascinating and powerful proverb: Does it spark joy?

I admit upfront that my familiarity with Marie Kondo is typical of the average American male: I have not read her work, but my wife has, and I have seen a single episode of her lately released Netflix series. Nonetheless, I cannot fail to have an opinion of her, for Kondo’s influence now extends quite far beyond the printed page.

Kondo’s proverb, “Does it spark joy?” is a standard by which the average fellow spring-cleaning his closet can determine whether he ought to keep a certain hoodie or pair of jeans, but also a standard by which the average woman can judge the worthiness of her butter dish or placemats. I am sure the proverb is qualified and explained carefully in her books, but books are simply not the medium by which we encounter proverbs. Proverbs are encountered in the mouths of friends, or cross-stitched on art hung in bathrooms, or on anonymous etchings high on the walls of stone temples.

No proverb is true 100% of the time, and so the fact that exceptions to Kondo’s proverb quickly emerge proves nothing in and of itself. Old tax returns and receipts for business trips may not spark joy, but they are necessary anyway, and Kondo would readily admit this. Her proverb is not debunked by a few examples to the contrary.

Still, I would like to put her proverb to the test.

The Good. Much about my personal taste is inclined toward Kondo. My family of four shares a 600 square-foot apartment. I have a 12 square-foot kitchen. Most of my clothes are black. I adore brutalist architecture (which is terrible, I know). The one thing I collect is vinyl albums, and most of my records are ambient music, a 20th century minimalist genre wherein single notes often undulate for several minutes at a time. I do not own many things, and I regularly comb through what few things I have to streamline, lay bare, and curate. On a regular basis, I imagine my friends and posterity going through my stuff in the weeks following my funeral. I try to live in such a way that the task would be somewhat enjoyable.

“Does it spark joy?” is a question which helpfully eliminates so much of the mediocre detritus of American consumerism which clusters about the average garage, attic, and hallway closet.

One need not be a socialist to admit that Americans have too much stuff, and that much of our stuff is ugly and stupid. Everyone has had the spiritually disorienting, soul-crushing experience of helping an over-stuffed friend move across town. The friend in question asks you to come over at 10am on a certain Saturday to “load up the truck,” yet when you arrive, better than half their crap (that’s a polite term, really) is still in loose piles on the floor, untouched for months. You spend hours helping pack pointless this-and-that’s into carboard boxes, all the while silently condemning your friend for their thoughtless, useless accumulation of toys which neither please nor entertain their bratty children. Upon arriving home in the afternoon, you view your own things differently, despair of the possibility you are too much like your friend, and collect twelve baskets of donations which you promptly deliver to the nearest Salvation Army.

Americans are surrounded by mediocre things— things which are easy to like now and impossible to like later, things which do not hold up over time, ugly things whose ugliness masquerades beneath a veneer of cleverness and convenience. Mediocre things work the same way jokes work, which is to say they are great at first, and usually meaningless on a second look. Expensive nihilist architecture is mediocre, post-modern art is mediocre, and nearly everything on a Top 40 station will prove interesting enough to listen to just once. As a frequent thrift store shopper, I can tell you that of the ten million copies of Matchbox 20’s Yourself Or Someone Like You which sold in the US, at least nine million copies are currently sitting on Goodwill shelves for $2.29 apiece. In a far-fetched fantasy, I can imagine those nine million copies filling second-hand shelves after the owners asked themselves, “Does this spark joy?” and then listened to ten seconds of “Real World,” the first track on the album. Nonetheless, at some point, each of those CDs was purchased by someone thinking, “This record is actually really good. I like this a lot.”

On the surface, mediocre things usually fake the two or three most obvious, most easy-to-like qualities of really good things, but the rest is mere filler. Mediocre things are not true, good, or beautiful, but whimsical, radical, novel, sexy, or shocking. The average American house is filled with mediocre things— things which sparked enough joy (fourteen months ago) to be purchased, but do not currently spark enough joy to be picked up again. Suppose you had the purchase cost of your wardrobe in hand and could buy back only those clothes, shoes, and accessories which you still wanted. I will wager the average American you would end up jettisoning more than half his closet. Kondo’s proverb highlights the low, desperate standards by which most Americans purchase clothing, art, food, and furniture. We tire of things quickly, not only because we are easily bored, but because we buy boring, insipid things which become cliché the moment we pay for them.

The Bad. The woman who asks, “Does this spark joy?” of a certain serving bowl in her cabinet might honestly answer, “No,” though she has not yet gotten to the root of her clutter problem. Did the serving bowl spark joy when she bought it? It did, but why? Because she had lately seen a bowl like it in a summer edition of Martha Stewart Living. Of course, the bowl (or one like it, made of blue glass) was featured in a spread about the cuisine of the Amalfi coast, which was paired with an article about a new film set in the Amalfi coast. Come February, however, the film is being lynched on Twitter for failing to live up to some new demand of the zeitgeist, and now the blue glass bowl seems hopelessly dated. The woman gets rid of the bowl— honestly, she was not ever going to use it again— although ridding herself of the bowl is no brave or prudent move. Rather, getting rid of the bowl makes her more deeply ensconced in her shallow standards.

In other words, “Does this spark joy?” is only a valuable question for someone with a decent, sustainable standard for joy. A fellow might fill his house with an immeasurable glut of garbage if his only criteria for making a purchase is a nebulous, undefined “joy.” Will a thing prompt joy a year from now? Two years from now? And is a man capable of discerning between joy and mere amusement and distraction? If we are willing to admit that the pleasures of sin often masquerade as “joy,” might there be some things which prompt “joy” which should nonetheless be abandoned? If we must, of necessity, keep some things which do not spark joy, might we also not need to get rid of some things which offer joy, if that joy is illicit?

In Glory, when our minds, bodies, and souls have been purified, God might tell us, “Follow your hearts,” and not fear the worst. Elsewhere, I have argued that, “How does this make you feel?” is an appropriate question to ask about a piece of literature, but only if we acknowledge that there are right and wrong ways to feel about the world, and that our own feelings about, say, Jane Eyre might be incorrect. In the same way, “Does this spark joy?” is a question which is only valuable if we assume a well-formed soul, a soul interested in longevity, lastingness, tradition, and virtue. Teenage boys make scores of terrible decisions after asking, “Does this spark joy?”

The Ugly. The Christian standard for joy cannot be made alloy with the world’s standard for joy. Christians are commanded to count it joy when they are persecuted for their faith, and numerous New Testament examples of rejoicing are prompted by misfortune of some kind. What is more, Christians must also seek out misery on certain occasions. “A sad face makes a happy heart,” claims Solomon, and “he who increases knowledge increases sorrow,” which means that a good education will not necessarily be a positive, encouraging experience, but is nonetheless worth pursuing. Christ is occasionally delighted by the conduct of the Apostles, but given the early selfishness and ignorance of the Twelve, we can be glad Christ did not always strictly following Kondo’s proverb.

The power of “Does it spark joy?” is the revelation we have spent too much money on trendy junk and fashionable swill. The woman who applies Kondo’s wisdom to a purge of her closet will haul away 50 silly things which were not worth purchasing in the first place; however, she will not necessarily have a good standard for further purchases. “Does it spark joy?” is a test susceptible to both false positives and false negatives.

Some “joy” must be skipped, for it is fake or stolen, and many sorrows must be embraced anyway.