Some tips for Learning a Foreign Language 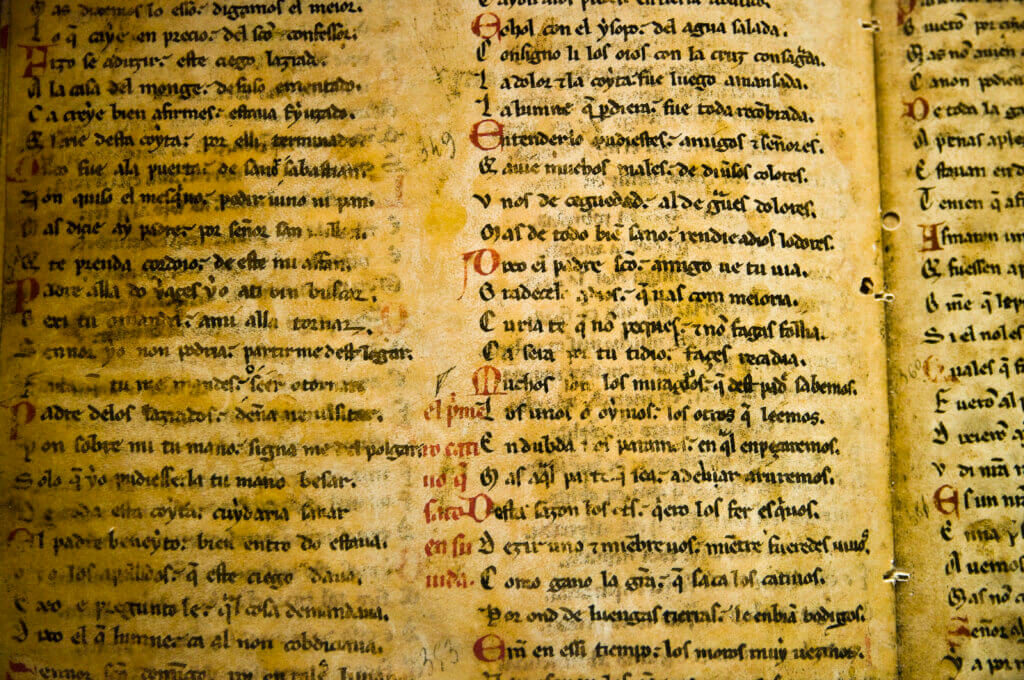 If you want to learn a foreign language, the first thing you should do is start when you are under four years old, when everything is new and you just take it for granted that this is so.

I had the great good fortune of living in a small town outside Salzburg, Austria until I was three and of growing up in a home where my mother was a German immigrant. I regret that she didn’t speak more German, but it was part of the atmosphere of my home and I did learn to pray simple prayers (Vater, wir danken dir fur diesen tag), to count to 100 (Mutter would count while she spanked me), and to hear the music of her Prussian dialect.

Ironically, perhaps, I studied German in school for four years and didn’t do particularly well because foreign language study, while it is not hard per se, is time-consuming and demands a certain level of attention. I was, as a rule, a lousy student.

Now, at 52, I feel like reconnecting with a lot of my childhood experiences (we did go to Germany once to visit my mother’s family) and to get back the German I learned then. To do so, I’m using Duolingo and watching German movies.

I don’t think I could take this approach if I hadn’t learned a good bit of German as a kleine junge.

However, I am assuming that most of my readers are four years old or more, so that first bit of advice might not be much use. What should you do?

First, act like you are under four years old. There is an openness and a capaciousness to the toddler’s mind that is breath-taking. Life and school undercut it, but you don’t need to let it. For just a few minutes a day, if that is all you have, open your mind to something strange and wonderful without concerning yourself with grades or what you can do with it.

I recommend movies or conversations in the target language, with sub-titles activated. If you can’t do this like a child, you won’t enjoy it, though, so don’t take this approach if you are reluctant to be exposed as totally and frustratingly ignorant (a reluctance that undercuts most of our real joys in life).

And avoid bifurcating your brain into the older brother and younger brother (Prodigal Son) and then either running away from home or going out into the field.

What I mean by that is actually pretty simple: language programs tend to go to one of two extremes: no rules and all experience, or all rules and no experience.

I was watching a movie recently where a group of people was speaking German to each other and a scholar was in the room with, I think, his wife. She didn’t know German, so she asked him what they were saying. He said, “I can read German, but they are talking so fast I can’t understand them.”

I’m pretty confident that he studied German in a scholarly, big-brother sort of way: all work and no play. If he had spent more time watching cartoons with his irresponsible younger brother he probably would have been able to listen just fine.

Certainly, you should find ways to learn in a disciplined, orderly way. People fail to appreciate what a convenience grammar is: how it provides shortcuts to figuring things out. Learning a foreign language without learning its grammar is like learning how to play chess without being taught the rules.

But also find ways to learn in experiential, sloppy ways. Watch movies; join a group (or create one) that will only speak that language for fifteen minutes, then a half hour, then an hour, etc.; read interlinear books that are way beyond your reading level; listen to interlinear readings so you can just listen to the language. You want to both need the language and hear its music (and every language has its own underlying music).

A word on interlinear readings: I’ve been encouraged not to do these, but I think the advisors may not have known the approach I use. I like to listen to Latin readings this way. Here’s how it works:

First, the reader reads a phrase in Latin; then he gives an English rendition; then (and this is crucial) he repeats the Latin. You listen to this a few times till you feel comfortable (not till you master it). Then you listen to the same Latin text in only Latin, but read very slowly. This allows you to note how well you’ve picked it up, to find bits you don’t yet get, to enjoy bits you do, and – most practically – to translate what you need to translate. But that is all preparation for the next stage.

Listen to the Latin read at a normal pace. What happens here is extraordinary. You don’t have time to translate, so after a while you stop trying. This forces you to focus on the Latin itself. Pretty soon you find yourself following the Latin without translating it into English.

At this point you enter into a wonderful experience of Latin, because you start noting and feeling things you can’t feel or note as long as your mind is doing the translation. I compare it to the difference between decoding phonograms and reading.

To be clear: I do not recommend that you only learn Latin by doing these interlinear readings, only that you include them. For one thing, it means you can read or listen to Latin that is way beyond your own ability to translate, and that is much more enjoyable.

To compare it with reading again, it is like the difference a child experiences between reading “See Dick run,” and learning a poem by Wordsworth. No, she can’t understand the latter, but so what? Understanding is vastly over-rated.

If you don’t have access to recordings, you could use something like a Loeb classic or Laura Gibbs versions of Aesop’s Fables (very accessible!). Read the Latin line, then read the handy English that is nearby, then repeat the Latin. Record it if you like. This is far from ideal, but when you don’t have the ideal at hand you do what you can!

After a year or two of studying grammar and reading bits and pieces in an interlinear way and having discussions as you are able, go to one of the more and more frequent Latin retreats popping up around the world Dr. Terence Tunberg pioneered these at University of Kentucky and they are surprisingly inexpensive. I just went to my second one in July. At the first one, last year, I thought I was going to die on the first day, but by the end of the week I could think in Latin much better than the beginning. This summer was a quantum leap for me.

My goal is fluency in reading, writing, thinking, listening, and talking. Since that doesn’t take much longer than only learning how to translate, I recommend you establish the same goal for whatever language you are learning.

Learning a foreign language is one of the greatest gifts a child can receive (up there with musical instruments, math, and PlayStation)! So be a child and cry to learn one yourself!