Reflections On Publishing 500 Articles In This Column 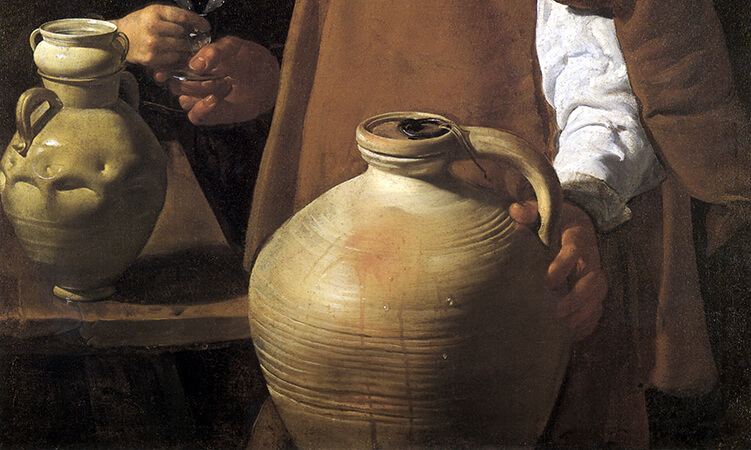 By my count, I published my 500th article for CiRCE last week and I thought it a fitting occasion to look back on what I have learned since beginning this column. As a longer reflection on the first five hundred articles, I will be giving a lecture entitled “Intellectual Honesty in an Age of Flattery” through my website GibbsClassical.com on January 21. The lecture will largely concern Nikolai Gogol’s “The Portrait” and what the story means for anyone involved in intellectual work, from painters and poets to teachers and critics. Anyone who would like the link to that lecture simply needs to sign up for the GibbsClassical.com mailing list.

For now, though, I would like to offer a series of brief reflections on writing and the writing life.

One. My first article for CiRCE was published on November 21, 2013, which means that during the intervening years I have averaged one article every five days, nonetheless, I must confess that I am a wildly undisciplined writer. I don’t write at any particular time of day, nor do I have a method or a process. I have never promised myself to write so many words per day or so many hours per day but write whenever and wherever I find time. Most of what I write is a response to some idiosyncrasy or contradiction I have noticed somewhere in the world. I write when I have to. I have never thought of myself or described myself as a creative person—I attribute whatever longevity and prolificity I have achieved to this.

Two. As a CiRCE columnist, most of my attempts at creativity have been failures. The half dozen or so stories I have published in this column rank among the most unpopular things I have ever written. Some time ago I self-published an anthology of stories on Amazon called Blasphemers which has sold around sixty copies to date. When I was eighteen, I wanted to become a short story writer. By accident, I became an essayist.

Three. Of everything I have published in the last seven years, the essay I am most happy with is On Human Beauty. Much like a good story, a good essay involves yielding to some promising, pregnant poetic assertion, which means that in both fiction and non-fiction, an author can work himself up to surprise. There are things I didn’t know about human beauty before writing this essay.

Four. Over the years, I have not often accurately gaged which of my articles will prompt a negative response. My article lampooning the use of fidget spinners in the classroom earned me scorn on Twitter from a fellow classical educator who accused me of being a luddite who did not care about science or developmentally challenged children. I have twice been contacted by people who have accused me of writing something racist. Both were responding to articles I had written on the necessity for parents to give their children good things.

Five. I am not a professional writer. Very few writers are. Nonetheless, when I began writing for CiRCE seven years ago, I thought it a little ambitious to say, “I am a writer.” Having published close to a million words since then, there is no way around the fact. During this time, I have come to distinguish the sheer human necessity of occasionally writing (Christmas cards, e-mailed apologies to coworkers) from the life of a writer. Similarly, there is a difference between someone who took three years of piano lessons as a child and a musician. There is a difference between someone who makes dinner from time to time and a cook. There is a difference between someone who jogs to the mailbox when it is cold outside and an athlete. One becomes a musician, a cook, or a writer the same way one becomes an adult: with much embarrassment, ambiguity, and with terrible frustration and confusion.

Six. Very few high school writing teachers are writers. Non-writers who teach writing are generally more optimistic (and more vocal) about the prospects of “making good writers” out of high school students, which is why many parents believe their sons and daughters can become better writers while maintaining debilitating screen addictions, writing very little, and almost never reading good books for pleasure. The sort of writing instruction given by non-writers is not necessarily bad, but it is not the same sort of instruction which a writer would give, which is far more glum and obtuse.

Seven. No one becomes a writer merely by paying attention in writing class; A writing class is as pointless as a thinking class—every class should involve both thinking and writing, even geometry and art; There is no knack for becoming a good writer; Anyone who learns to send texts before learning to write good essays will never write good essays; We begin learning to write the moment we want to sound like someone else; Anyone who begins to write without trying to sound like someone wise and stylish will not say anything wise or stylish; Most high school students would be better served memorizing great literature than writing essays about great literature.

Eight. I am grateful to David Kern for all the latitude he has given me over the years to write on whatever topic I chose. I am grateful to all the readers who have followed my work, especially readers who have toughed out the lengthier essays. Anything more than 1200 words requires a patient, generous spirit, and I am humbled you judged my thoughts worthy of your time.