On Rapport in the Classroom 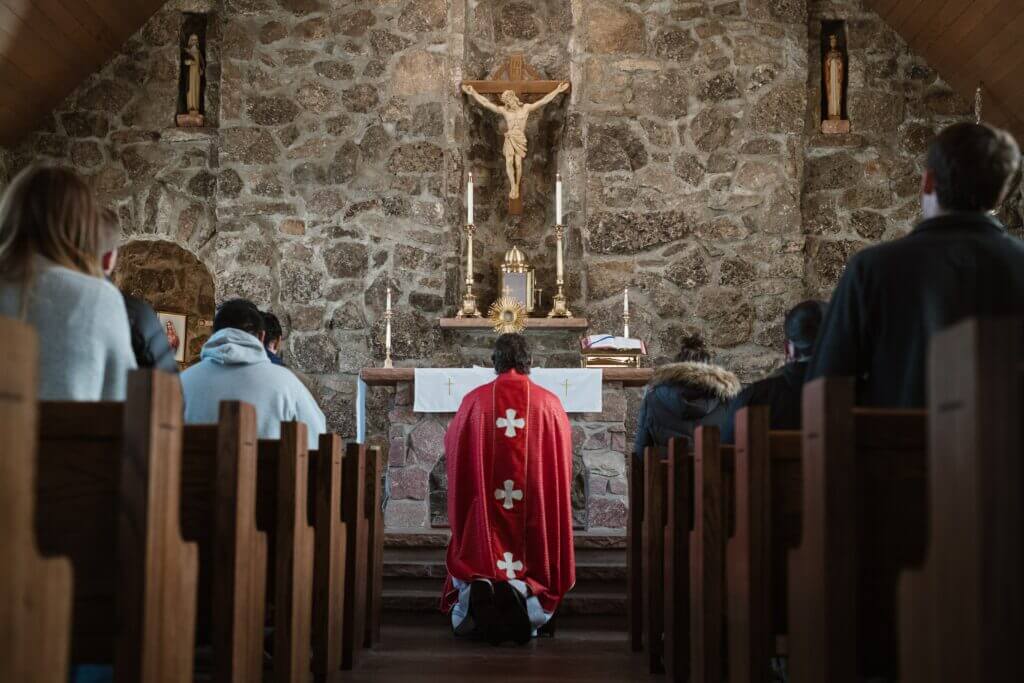 Fifteen years ago, I took my first high school teaching job. I was set to teach sophomore English at a large public school. The first day of classes was just a few weeks away. After some frantic reading and planning, the time came to decorate my classroom. Included among the most prominent items: a large printed C.S. Lewis quotation, a large printed Michael Scott quotation, and a Pearl Jam poster.

These choices in decor were, no doubt, related to my age. I wasn’t too far from college. I had only ever filled blank walls with disparate items in this manner. A Lewis statement about the nature of truth here. A two-foot image of Eddie Vedder there. What more could one need? I think my furnishing choices also came from a vague notion about classroom atmosphere. I thought that a teacher who displayed Michael Scott would seem funny and relatable. And this, in turn, would help create rapport with my students.

Rapport is an abstraction that describes the nature of a relationship. It is a concept best defined with concrete examples. A teacher can have “a good rapport” or “a bad rapport” with his classes. Like a doctor’s bedside manner, a teacher’s rapport is noticed when it’s very good or very bad. Strategies for “building rapport in the classroom” invariably seem contrived. The concept is important but nebulous, which makes its pursuit tricky. In establishing rapport, teachers should beware two common stumbling errors.

First, a teacher should avoid trying to impose himself on the Student World. Students are teenagers. They have their own culture, a separate world. A teacher trying to build rapport must respect this separateness and not mistake it for an obstacle to be overcome, even for noble reasons. When possible, teachers on duty should stay out of active student conversations at lunch or in the hallway. In the classroom, they should not fear silence so much that they ask, “So, did you all like the assigned reading?” Such questions are a copout; they try to attain rapport too quickly and too cheaply.

My most egregious imposition on the Student World came years ago when I made a class social media account. To engage our “Digital Native” students, teachers at my school were encouraged to “meet them where they are.” I obliged and made an AP English Class Twitter. To be sure, my students enjoyed the Twitter assignments and class-related jokes and GIFs. But, eventually, I felt more and more like an interloper when tweeting, like a dad interrupting his teenager’s birthday party to remind everyone about the next day’s SAT. I now find all such efforts wrong-headed because they assume that rapport needs to start with student interest. They are blind to that fact that rapport that begins in the Student World usually ends with something superficial or unbecoming.

A teacher should also not assume that rapport begins with himself. He must be careful how he answers questions such as, “Mr. Sherman, how did you meet your wife?” or “Mr. Sherman, who are you voting for?” These kinds of inquiries put a teacher in a tricky position. Students will be captivated by nearly any answer given, and all good teachers desire student interest. But the interest in answers to these kinds of questions is a kind of fool’s gold. A teacher can easily mistake interest in how he met his wife with interest in his class. He can also hold his students captive in the pursuit of this superficial attentiveness. My worst experience as a student was a university intersession class that met for several hours a session. The professor sometimes launched into long, off-topic, personal meanderings about everything from her political beliefs to her guilt over a privileged upbringing. My classmates and I entertained these subjects with cordial responses, but what choice did we have? We were basically in a hostage situation.

To be clear, I am not suggesting that a teacher be indifferent to his students. In fact, he should labor to discover their true questions and concerns. Teachers should greet students by name as they enter the classroom and ask questions such as, “How was the volleyball match?” or “How did the debate tournament go?” I am also not suggesting that a teacher never speak of his personal life. I think a good teacher tells funny, sometimes impromptu, personal stories when they complement the lesson at hand. I am simply proposing that neither student interest nor teacher candor alone can sustain good classroom rapport. Both can be good, but only in light of a greater good.

For a proper rapport between teacher and students, a classroom needs a fulcrum. This fulcrum is the ultimate telos for which the teacher aims, but it exists independently of the teacher. A good teacher has a sense of submission to this fulcrum, and he openly points to it instead of himself. For a high school teacher, this fulcrum could be proficiency in his subject. If he knows and shows what his discipline demands, his students will be more likely to accept demands of excellence. High school students notice when a math teacher can work problems without the help of a textbook. They notice when an English teacher writes and reads his own responses to assigned essays. They respect teachers who know their stuff, and student respect for expertise helps stabilize the room, which fosters good rapport.

For a classical teacher, that fulcrum certainly includes class material, but it’s also something else. He’s aiming for a Greater Good. Classical schools claim to do lofty things like “cultivate Wisdom and Virtue.” With such abstract goals, a classical teacher needs a concrete analogue, an image to revisit when he inevitably loses his way. For me, that image has become a specific manner of Christian worship. “Ad orientem” is Latin for “toward the east.” It’s a phrase used to describe worship oriented eastward, a historical practice with many theological underpinnings. During formal “ad orientem” liturgical church services, a priest sometimes faces east toward the altar, with his back to parishioners. He faces that which is most holy, inviting his congregants to look past him and do the same. Only when a classical teacher does something like this can he enjoy the best kind of rapport with his students. If he invites his students to gaze primarily upon themselves, he makes them an idol. If he invites them to gaze primarily upon him, he makes himself an idol. If he invites them to gaze upon something beyond himself, something sacred, he becomes the truest kind of teacher. His students’ interests and his candor will have substance because they will be secondary to something truly substantial. Their classroom rapport will then have substance, too.

My choice to display C.S. Lewis, Michael Scott, and Pearl Jam was a scattershot attempt at relating to students. I did not know where else to start. To avoid such confusion, I’d recommend teachers begin by thinking analogically and ask, “What is a classroom most truly like?” A good answer to this question will remind a teacher of who he and his students truly are. Only this foundation makes for the best kind of classroom rapport.