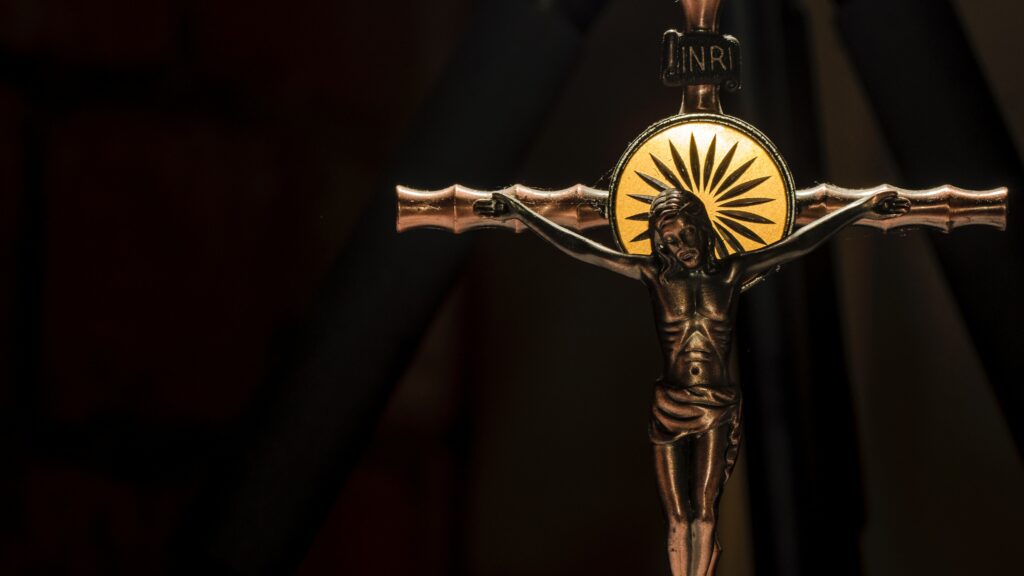 And the Word became flesh and dwelt among us, and we have seen his glory, glory as of the only Son from the Father, full of grace and truth.” – John 1:14

Myth, for the modern Christian, is seen as a dirty word. It is tainted with a connotation of fiction. Myth, for the modern man, is equated with falsehood and is, therefore, a term he throws at the Christian and his faith quite liberally. In response, the modern Christian is antagonistic towards myth, resoundingly claiming the opposite: that his faith is not fictional myth, but factual history. I respectfully submit that myth has fallen among robbers, been stripped and beaten down from its original meaning, and been left by the wayside, passed over by those who should be its keepers.

The Oxford Dictionary defines myth as “a traditional story, especially one concerning the early history of a people or explaining some natural or social phenomenon, and typically involving supernatural beings or events.” In light of this definition, it is easy to see the modern man’s bone to pick with myth, hinging around the contents of that last clause. For those who do not believe in supernatural beings or events, any story containing either would naturally be considered fiction. Take note, however, that the truth or falsehood of such a story is not included in the definition. Myth is not explicitly defined as a falsehood. Should a Christian have his own misgivings about myth as defined? Is not Christianity a traditional story concerning the history of a people, all people, explaining each and every natural and social phenomenon, the Supernatural Being, and His involvement in all events? Could it be that among all the mythic narratives that try to explain the origins of the universe, the one that stands out by containing the Truth is the same one that is not called myth by its narrative’s proponents?

In declaring Christianity as the one true Myth, we trade cheap arguments about what is historical fact or “mythic” fiction, and instead make a bold claim that both defend the truth of our faith and define the very nature of myth. Those who deny the historical facts of Christianity are self-refuting, but those who are blind to the mythic element of the faith miss the pervasive elements of Christianity that coat all of history. Every man-made myth, all the classical stories, point to Jesus but fall short of the Truth. Every Balder and Osiris story becomes a shadow of Christ; every man-made mythic journey into the depths of the underworld and back is but a stunted, mislabeled retelling of Hell’s Harrowing. As classical educators, we wade and sift through the old tales, mining them for wisdom and virtue. We go so far as to claim that, outside of Holy Scripture, the great books and myths of the ancients provide the best examples of wisdom and virtue in literature. How can anything be filled with such things as wisdom and virtue and not ultimately point to Christ? Not showcase, in some shape or form, however faint, His glory?

Christianity is the Myth that all other myths aspire to be, the one filled to completion with both grace and Truth. The crux of this Myth is found at the Cross. As Dr. Jordan Peterson remarks: it is in the figure of Christ “that the objective and the narrative meet.” As humans, we inhabit reality, the objective world around us, and yet we are also characters within a story, His story. As bearers of the Imago Dei, we are rational creatures that constantly try to ascribe a meaningful narrative or story to the objective world, to make sense of reality and tell a story that makes sense. We innately want objective reality to align with a narrative or story filled with meaning, and the best narratives or stories are ones that align with objective reality. When God speaks, tangible Creation springs into existence. When He writes a story, we read it in the fabric of reality. When God pens poetry, he uses Flesh and Blood. Taken to its furthest, most universal conclusion, Christianity is the only story that fully inhabits this intersection of the objective and the narrative. “For this purpose I was born and for this purpose I have come into the world—to bear witness to the truth. Everyone who is of the truth listens to my voice” – John 18:37. Christ is the only myth that is without error or embellishment. We, as fallen men, write broken myth that is but a blurred image. “For now we see in a mirror dimly, but then face to face. Now I know in part; then I shall know fully even as I have been fully known.” – 1 Cor. 13:12. When we ask of God, what is hidden in Your myth, He responds, “behold the Man.” Oh Lord, let the words of my mouth and the meditation of my heart be acceptable in your sight. I humbly submit that: “the [Myth] became flesh and dwelt among us, and we have seen his glory, glory as of the only Son from the Father, full of grace and truth.” John 1:14

To those who are, in Holy Scripture, assured of things hoped for and, in classic literature, see glimmers of things unseen, I pray that you like mythic tales. You’re in One.