Middlemarch: The Fate of Idealism in an Age of Banality 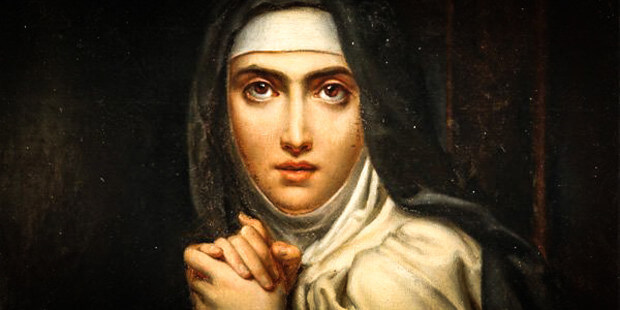 My favorite nineteenth-century novel, George Eliot’s Middlemarch, spins its plot from this premise: What happens when a person of fervent ideals is born into a place and age that cannot support them?

Eliot’s protagonist, Dorothea Brooke, is such a person, and the novel recounts Dorothea’s attempts to grasp some form of life that will enable her to pour her fervor into an ideal that is noble, extraordinary, enduring. She creates plans for cottages that would improve the lives of neighboring estates’ tenant farmers; she embarks on regimens of personal discipline and denial; in what should be her culminating glory, she marries a man in order to aid him in finishing his life’s work of scholarship before his looming death. But these attempts, though they promised great reservoirs to fill, prove too shallow for the flood of her zeal. Her plans for reform are dismissed as frivolous and expensive; her efforts at denial earn her only a reputation of oddness; and, rather than a great work, her husband’s scholarship turns out to be little more than the crabbed scrawls of a weary mind. So she pours her passion out, only to watch it overspill and soak, heedlessly, into barren ground.

Even so, the book’s conclusion is not tragic; Dorothea’s story is the centerpiece of several subplots, and their final joint resolution is a masterpiece of Victorian ambivalence, reflecting an age in which the previous century’s huge hopes and revolutions devolved into a new ordinary only dubiously better than what it supplanted. Dorothea and some of her companion characters find ways to live well; but the narrator’s final commentary reminds the reader that, in another age, they could have lived greatly.

For what Eliot critiques through her novel is not the protagonist, whose impetuous errors are described with gentle pity, but rather her setting—Middlemarch, as the title indicates, an English neighborhood that represents the social order of the whole nineteenth century, and that our own twenty-first century perpetuates. Dorothea’s ideals do not fail because of her poor choices, but because of the poor circumstances her world offers her.

The novel is bookended with a Preface and Finale that compare persons like Dorothea to the medieval saint Teresa of Avila, and Teresa’s world to Dorothea’s. Of idealists like Dorothea, the Preface describes how “With dim lights and tangled circumstance they tried to shape their thought and deed in noble agreement,” but concludes that, “after all, to common eyes their struggles seemed mere inconsistency and formlessness; for these later-born Teresas were helped by no coherent social faith and order which could perform the function of knowledge for the ardently willing soul.”

A coherent social faith and order which could perform the function of knowledge for the ardently willing soul . . . here, Eliot’s insight is as keen as her language is gorgeous. The “ardently willing soul” is a force that must be applied to something, but it longs to be applied to something greater and beyond itself; thus, by its very nature, anything that it itself chooses to work upon will seem self-gratifying, unfulfilling. Rather than choose, it longs to be directed, subsumed into an end other, greater, and more self-evidently transcendent than its own whims and fancies. How to know this end is the ardently willing soul’s fundamental problem, and its best solution is to inhabit a “coherent social faith and order” which defines and locates it—even as Teresa of Avila’s world of medieval Christendom defined and located earth’s most eternally significant labor within the monasteries, giving Teresa knowledge that her life’s great work should take place among them.

With this insight, Eliot identifies the source of the modern West’s crisis of significance, not only for Dorothea, but for us all. As she sums up in Middlemarch’s Finale,

[A]midst the conditions of an imperfect social state . . . great feelings will often take the aspect of error, and great faith the aspect of illusion. For there is no creature whose inward being is so strong that it is not greatly determined by what lies outside it. A new Teresa will hardly have the opportunity of reforming a conventual life, any more than a new Antigone will spend her heroic piety in daring all for the sake of a brother’s burial: the medium in which their ardent deeds took shape is forever gone.

The last line captures the crisis: the significance of human action derives not from the action in itself, but from the context, the “medium,” of a coherent society that believes in and organizes itself upon religious transcendence. In the world of medieval Christendom, Teresa and all her contemporaries could recognize that her devotion of her life to reforming her convent was a transcendent labor, over against whatever more lucrative or comfortable choices were open to her. Similarly, in the world of Greek paganism, Antigone and her contemporaries could recognize that her willingness to forfeit her life to bury her brother was a transcendent piety that ennobled her more than anything she could have done in an uninterrupted lifetime.

But in the world of the modern West’s secularized syncretism, the medium of ardent deeds is forever gone. Here, neither Teresa nor Antigone would have known how to act significantly, because there is no consensus on what constitutes significant action. The actions that were clearly transcendent in the medium of their own times could only be met with this response today: “Well . . . it was an extreme choice . . . but if it was personally meaningful . . . then it must have been fulfilling to them”—and no ardently willing soul would want to pour its fervor out for something merely personally meaningful.

It is easy to blame teenage (and adult) boredom, banality, and ennui on the vague gremlins of Technology, Video Games, Social Media, Entertainment, Consumerism. But what if the ways we have found to waste our time are not the cause, but the effect; what if the real cause is that our age offers no better way to spend time? What if its medium cannot shape ardent deeds, but only banal ones? And what if this is because it offers no coherent social faith and order, but only a morass of unfiltered information, unlimited choice, and personal preference?

Eliot’s story of an idealist trapped in an unpropitious age gives insight into a cause of the lack of passionate conviction—or worse, the passionate cynicism—that characterizes contemporary classrooms. But in her novel’s pages, no character can escape the world into which they are born. What if it were possible to be born into one world, yet inhabit another?

This could, perhaps, form a fresh metaphor for understanding the task of classical Christian education. It is not only to train students in wisdom and virtue, but to summon them into a medium beyond their present circumstances in which wise and virtuous acts can take shape. It is to make the legends of Homer’s Troy, Dante’s Paradise, Milton’s Eden feel like students’ own history, and then to make their history feel like a grand legend, and their present but a small chapter in that tale. It is to reveal their religion, not as a school’s statement of faith or Sunday church attendance, but as the interpretive key to all time and space. It is to cultivate, within the walls of the classical school and classical home, a communion of people who share this sense of the drama in which they are supporting cast. And, through all this, it is to offer to the student a “coherent social faith and order” that, though not accessible through mere circumstance, is nevertheless theirs by right of inheritance.

A classical Christian education should not offer a worldview, but a world.