For The Love Of God, We Need More Dancing 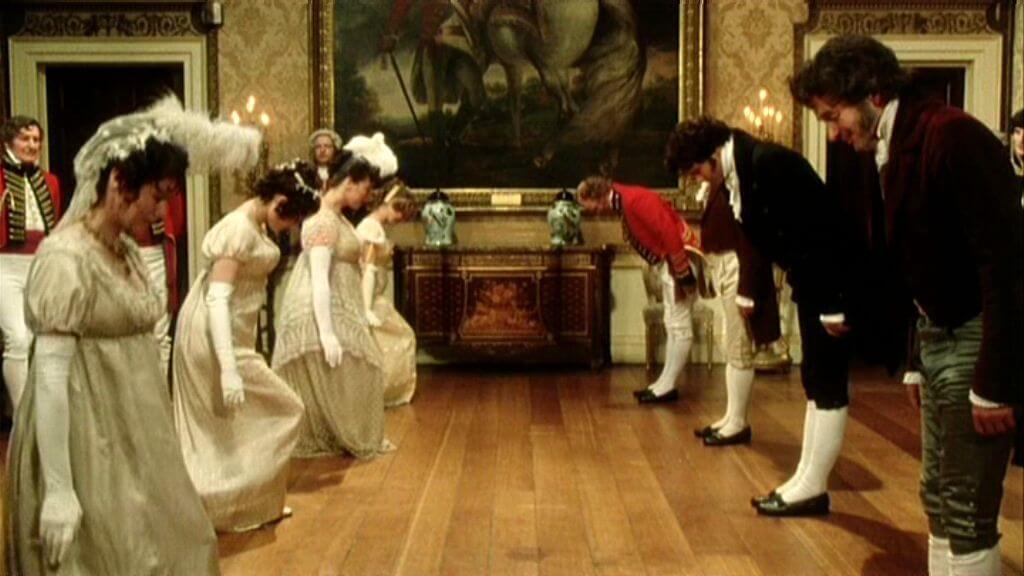 Sorting out the wretched confusion which now surrounds questions about sex and gender requires both intellectual work and theological work. However, it also requires physical work, and I can think of none better than teaching students to dance. When I refer to “dance,” I am referring to something quite old-fashioned: square dancing, English country dances, waltzes, reels, and so forth. Such dancing should not be accompanied by pop music, but by the sort of music composed to accompany such dances, not only because it is more elegant, but because our students should not think about the banal messages and personalities behind popular music while doing something aimed at restoring sanity. It may be possible to dance a reel to a Katy Perry song, but Katy Perry is one of those persons responsible for the sexual confusion from which we are presently trying to save ourselves, and we ought not to dignify her with any place in the solution.

My mind has been on dance ever since, several weeks ago, my family attended the Victory Ball hosted by The Regency Society of Virginia. In the early afternoon, we worked through a three-hour practice for the ball in which we learned seven or eight dances. Come evening, around one hundred people showed up in period costume to perform the dances. Old pros were present, as were novices. A violinist and a pianist played while a caller helped us through each step. The ages of the dancers ranged from ten to seventy, and yet there was nothing awkward or strange about it.

In Regency era dances, a man always begins by partnering with a woman, and yet, over the course of the dance, he will dance with other partners, sometimes men and sometimes women, before ultimately returning to his partner. Modern dancing—by which I mean the sort that takes place at proms and night clubs—is relatively formless. The dancing begins when a new song starts and then arbitrarily stops when the song ends. What happens in between has little order. There are no steps, no possibility of doing things out of sequence. Such dancing was obviously begun in the century that gave us Jackson Pollock.

On the other hand, older dances have a beginning, middle, and end. A reel is a story told with bodies (as Roger Scruton argues). It is a story told about the community itself—a pantomime of harmony, order, reason, variation, and belonging. On this point, I shall make an odd wager: if the people who despise me (and whom I despise) were to dance in the same quadrille, we would come out the other side of the dance subtly more inclined to like one another. Why? Because I would have to trust them physically, and they would have to trust me. There would be physical contact between us, agreement, and partnership. All the couples in a dance are physical co-laborers—there is nothing even vaguely abstract about it—and so a dance is an icon of what a healthy community must be when the dance is over.

It is not enough merely to feast with one another. Mere feasting does not allow for much physical contact, and physical contact with others makes us disposed to cherish them: the Incarnation teaches us this clearly. For this reason, in Christian society, a kiss on the hand, the cheek, or a handshake is the customary way in which greetings are made. Polite conversation begins with touch; ceremonial touch makes conversations spiritually safer. These are gestures that recall our shared humanity because they unavoidably remind us of our shared physicality. Human beings ought to touch one another, but not however and whenever they please. Dancing teaches us that there are proper and improper ways of handling other human bodies—and it teaches us this not through theories, but through experience.

Having abandoned the Incarnation, we now regard physical contact between persons as either sexual, violent, or an indication of sickness (a doctor touches his patient). However, dancing offers us physical contact with others which is generous, structured, mannered, and lively. A traditional dance neither incites sexual passion nor denies the sexual nature of the dancers. Rather, dancing sublimates our sexual nature to something higher than itself; when the dance is over, we understand our bodily natures more clearly, having trained ourselves to physically, actively respect the bodies of our fellows.

For this reason, for the love of God, we must have more dancing in our schools. A dance ought to be a regular event, not a one-off event held just once a year. If our students only dance once a year, they will never get good at it, and our students need much training and practice. Let dancing be considered a sport, then, something for which students may be excused from class, and for which evening commitments and weekend commitments are standard. Let us admit that if all that talk about basketball and volleyball “furthering community and encouraging teamwork” is true, it is all the more true of a Scottish reel. Team sports are primarily an occupation of the young and tend to separate young people from old people, whereas a dance allows young and old, male and female, married and single to be involved in the same physical task, thus offering a far more accurate depiction of society. If basketball teaches teamwork, it only teaches teamwork among people who are just like you. And so a school dance ought not be for students only, but for parents and faculty, as well, lest students cloister themselves off in their own private world even more than they already do.

Christian people—especially classical Christian people—must admit that merely lecturing students on gender is not enough. Demanding orthodox views of sex is not sufficient. Philosophy and theology must be embodied, as well, and we must be willing to sacrifice our time and money in order to embody them. We must give priority to dance, insist on it, and use dance to illustrate Christian beliefs about the body, harmony, manners, and mutual respect.