Living Risen in a Dead World 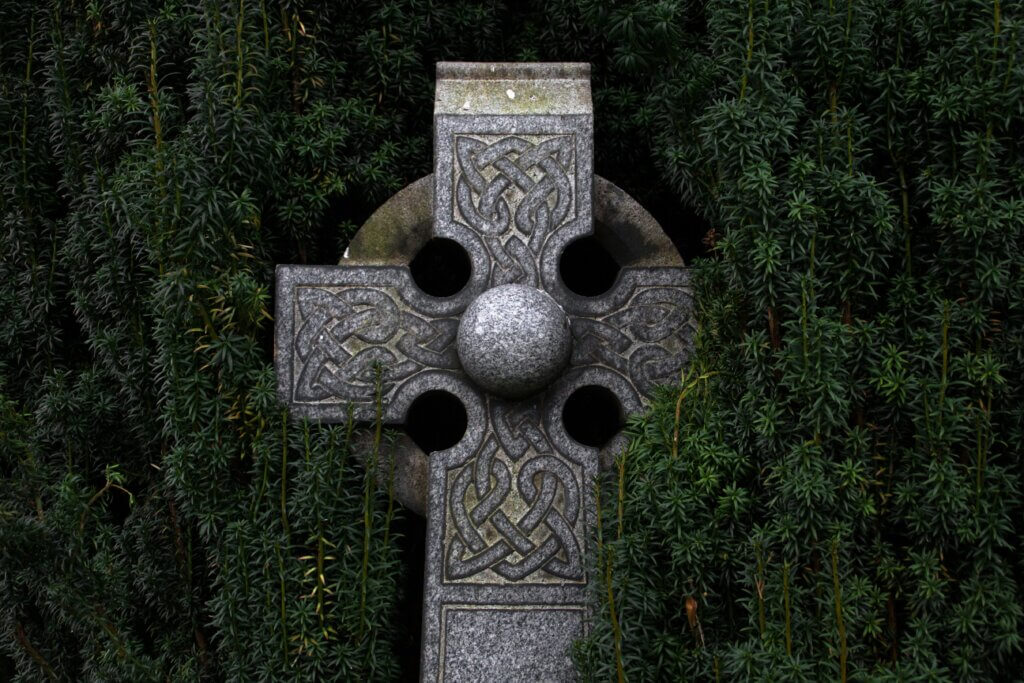 The following passage from 1 Corinthians 3 sits on a plaque over the door in my family room at home.

My friend Marc Hays had it specially burned for me to thank me for my role in the CiRCE apprenticeship, from which I was resigning when he gave it to me last summer.

The words are from when Paul is summarizing his argument against division with the infantile Corinthian church.

I have long revered this passage as a cure for Christian stoicism.

Imagine a room full of children, some of them old enough to color, some to run around, some to scream, and some to nurse. In the room, there is one coloring book, three crayons, a ball, and a jump rope.

When the children start fighting over the coloring book, what is a parent to do? Children haven’t learned to compromise or to wait yet, so that is what they need to learn. And the reason they need to learn is because there is not enough stuff there for all of them.

To the stoic in all of us, that is life. There is only so much stuff and if we don’t get our share, we’ll go without, and if we go without, we’ll be unhappy.

I was the third of four boys. I get scarcity. I still tend to eat, especially sweets, as though if I don’t consume it as quickly as I can somebody else will take it. As if that would hurt me.

So my mother tried to teach me to share and to wait because there isn’t always enough to go around.

Before the supernova growth of the last 75 years, that was the normal human condition. My poor mother grew up in Pottsdam, a suburb of Berlin. In the 30’s. She was there when Germany was leveled. She knew scarcity.

But that isn’t what St. Paul teaches the Corinthians at all. He doesn’t say to them, you should share because there isn’t much. He says,

Which is Latin for

Which is Greek for

For all things are yours

He says, you should stop fighting over things because everything is already yours. Why fight? Instead, be like Jesus, who being in the form of God did not consider it robbery to be equal with God. He wasn’t concerned that His equality with God was unjust. So what did He do with it?

He did not cling to it, but set aside His reputation and became like a slave, so He could save us.

So God exalted Him to His right hand, which affects the next phrase from the text:

And you are Christ’s.

You belong to and in the one whom God exalted to His right hand. And it gets better!

And Christ is God’s.

If we think about the crisis of our age (which I wrote about in my previous post) without this context, then we cannot think of it as Christians ought. Indeed, that is the whole point of St. Paul’s epistle to the Corinthians: you judge everything incorrectly because you don’t know who you are in Christ and what He has achieved for you. You forget that He has given you all things, including His Holy Spirit, the Church itself, the Apostles, the witness of the Scriptures, the Eucharist, the Spiritual Gifts, and the most excellent way: the way of Christ, the way of AGAPE.

He achieved all this because He was resurrected and declared Lord and Christ.

Like the Corinthians, we live in an always dying world in the hands of an ever-ruling Christ.

I talk with a lot of Christians across the denominations and I also try to get a sense for what is going on in American Christianity through Christian media (which is, I acknowledge, not representative and is not, in general, governed by people with any spiritual or ecclesiastical authority, so how much you can learn about Christians from Christian media is, glory to God, quite limited). Take this for what it is worth: it is only a very limited perspective that may or may not have some value for you.

But I have the sense that Christians are particularly fond of Christ crucified, but don’t give as much attention to Christ resurrected. If this is true, it is a mistake.

That does not in any way minimize Christ crucified. After all, St. Paul called him a stumbling block to the Jews and folly to Greeks, but to those who believe “Christ the wisdom of God, and the power of God.”

I cherish old hymns like “Near the cross would I abide,” “I will cling to the old rugged cross,” and “When I survey the wondrous cross.”

The most solemn and beautiful time of the year is the three days from Holy Thursday to Easter: days I try to spend quite literally in the presence of the cross, reading with His bride the accounts of the crucifixion, year after year, day after day, hour after hour.

And then, Easter! Resurrection! Without which we are of all men most miserable, as St. Paul said it later in the same letter to the same church.

What if we make more of the crucifixion than we should, relative to the resurrection? Is such a thing possible?

I think it is.

When I was a child I was given a crucifix necklace as a gift. My parents didn’t forbid it, but they expressed disapproval with the idea (in other contexts).

Christ is not on the cross, they said. He is risen.

I don’t hear that as much, but I still hear it. But it’s kind of ironic, because so much of our conversation and singing about Christ is about Him hanging on the cross. Emotionally, it seems to me, we are closer to Christ on the cross than Christ seated.

But where is He right now?

Perhaps it is a personality trait. I am more melancholy than joyful by disposition (though I confess that my grandchildren have moved me closer to the happy side of the meter).

But I have seen far fewer books about resurrection than crucifixion and hear far fewer songs and participate in far fewer discussions.

What if we are too sentimental about the crucifixion? In other words, what if we turn it into a symbol to which we can turn our emotions when we are feeling down and say, “Look, see how much He loves you,” but we don’t see much more there than that.

Seeing Christ on the cross is moving, but is it fortifying. I think it can be emotionally fortifying, but not spiritually so. I mean that we can be encouraged to endure, to be stoic by what we’ve seen Him do?

But do I say, “Christ has conquered death through His resurrection, He has ascended into heaven, He has given everything to me. He is seated at the right hand of the Father right now and all I want is to be united to Him there. I can wait for the lesser things.”

Do you see the difference?

Everything is already yours. Even life and death. Even the apostles, given by Christ to His bride. Even, God be praised, The Blessed Holy Spirit, the Lord and giver of life!

We should too, in words and life. And when we do, we should try to mean what the Father means. Because Christus autem Dei.

More next time, on the Transfigured Christ, whom we need to see when we see Him crucified.