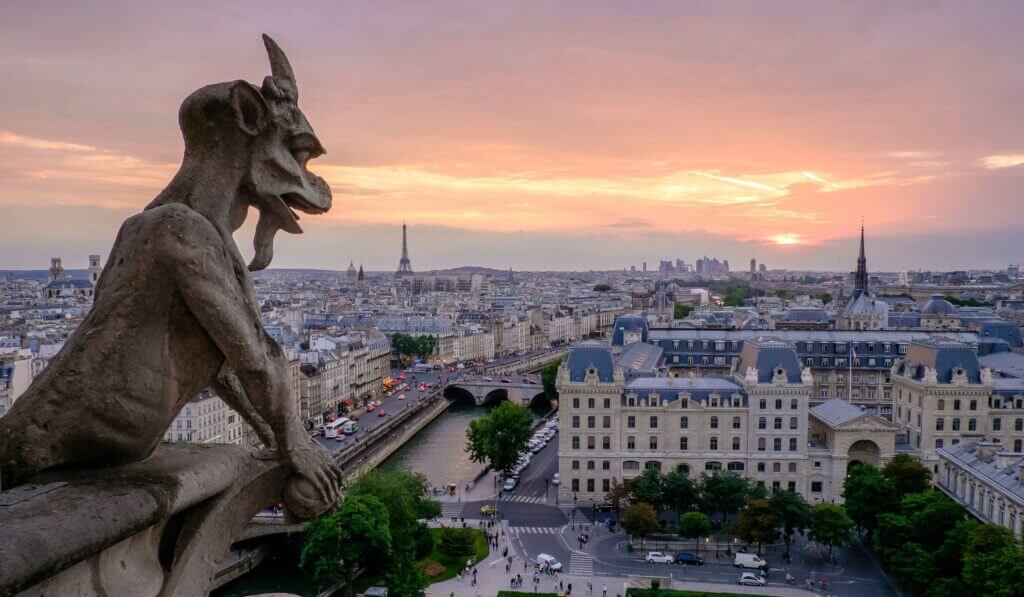 In my previous post, Lewis Punks the World, I argued that the context of C.S. Lewis’s claim that we are “not sufficiently attentive to the importance of elementary text books”, might have driven a bit batty those whose attention was devoted to a global cataclysm.

“Why did you do it, Jack? Were you fiddling when Rome was burning? Were you laughing about dancing elephants at the ludi Romani while the enemies within the capital were eating out her heart?”

I suspect that at this point he whom I have presumed to call Jack would retort that I had inverted the reality.

In it, he diverts his attention from the war and seems to ask two questions: “How did we get here?” and “When this is over, what’s next?”

Lewis perceived that a world-historical thought change had taken place and that the rise of the Nazis in Germany as well as the Communists in Russia were only two expressions of that shift. He was every bit as concerned about the future of his own Britain and of the world to come.

He tried to show that in every age and in every culture a law of human nature has governed every society (with the scientific revolution and the enlightenmnent, we have attempted what has never succeeded before: to live by a new set of values or a new moral code). He uses something approaching 30 different terms for this law of human nature, including practical wisdom, natural law, and objective value, but the term that he chose for his book and has subsequently passed down to us is the Tao.

Under the Tao, he points out, we can speak of man’s power over himself as a positive force. We call it self-control when it is the power of the individual. When it extends to community, we can draw an analogy to self-control, so that ruling a community can be a good thing.

In other words, there is in the natural law an approach to self-rule that can be extended by analogy to rule over others. When it is, constraints are placed on rulers by the simple fact that the others, and therefore the rulers, each have an ultimate purpose: the perfecting of the person’s nature.

This belief, Lewis shows, is the condition for a humane world. If we do not acknowledge such a good, purpose, or nature it is not possible to build a humane world.

Only the tao provides a common human law of action which can over-arch rulers and ruled alike. A dogmatic belief in objective value is necessary to the very idea of a rule which is not tyranny or an obedience which is not slavery.

Consequently, since we have set aside this “dogmatic belief in objective value”, our rulers must be tyrants and we must be their slaves.

Lewis asserts this point with appropriate emphasis when he says,

“While we speak from within theTao we can speak of Man having power over himself in a sense truly analogous to an individual’s self-control. But the moment we step outside and regard the Tao as a mere subjective product, this possibility has disappeared. What is now common to all men is a mere abstract universal… and man’s conquest of himself means simply the rule of the Conditioners over the conditioned human material, the world of post-humanity which, some knowingly and some unknowingly, nearly all men in all nations are at present labouring to produce.”

In 1943, Lewis is arguing, not only Germany and Russia, but “nearly all men in all nations” are striving to bring about a post-human world.

How does Lewis race from his wild assertion that soldiers on the front line should be meditating on their children’s elementary text books to this melodramatic charge that we are all Nazis and communists?

I’m not sure and I’ve got more important things to worry about right now.