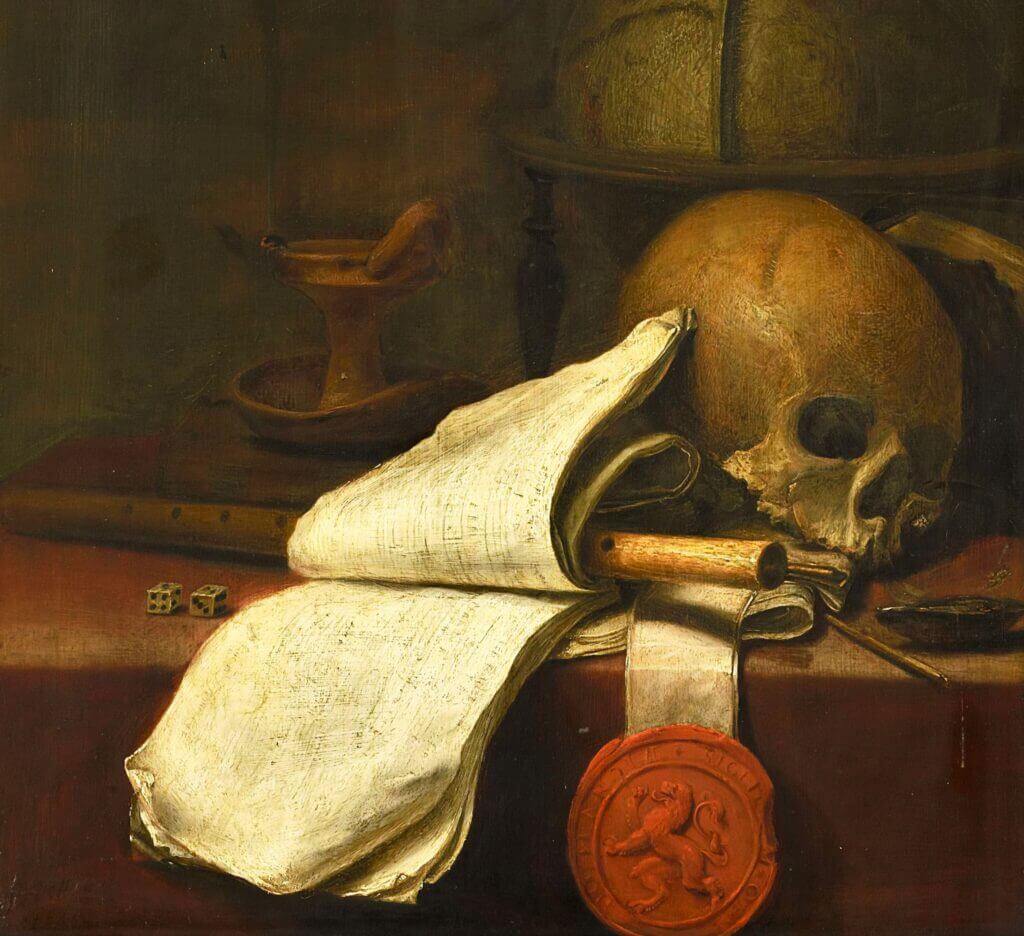 I have been known to say things that (to put myself in the best light) lead people to ask me to clarify.

If my father was correct, mischief may be part of the problem. After all, Mercury, the god of rhetoric, was also the god of merchants and traders and thieves, and, furthermore, he was the lord of the clever. So maybe my dad was right and I just like to provoke people so I can appear clever.

But I don’t think that’s it. I’m 57 as I write this. Maturity has begun to appeal to me. I fantasize that people could come to perceive me as a bearer of dignity and grace. Inner calm and peace beckon me and I hear them.

Yet, here I come again, rising from the abyss with serpentine words.

The reason the suicide rate is so high is because we don’t teach children to kill themselves.

There’s a way to read things like that. On Facebook, the manner is to read it, process it while you read it, and attack the writer’s callousness and insensitivity. Unless you think you agree. Then your role is to praise him for his candor and insight.

What you mustn’t do is think about it. You mustn’t say, “Hmm. That’s provocative. He probably doesn’t intend me to take it literally. I shall now reflect on it.”

Oops, I did it again.

Perhaps I should explain:

I don’t mean they intend to divide us. They have not provided evidence that they are capable of that level of moral reflection. On the contrary, they have created means to unspeakable and unbearable wealth. What possible incentive could compel them to reconsider the moral framework that enabled them? Why would they want to accept responsibility for their part in what the whole world knows is their fault.

Rather, the sort of thinking their platforms compel is divisive.

Why? Simple. Because it’s too simplistic without being simple.

If you have paused long enough to remember, much less to memorize, a FB post or Tweet, you are superhuman. The world is not worthy of you. You have already killed yourself.

Which returns us to my earlier provocation.

I have of late, and wherefore I know well, been reading the Aeneid. It is partly because I finally have opportunity and need to read Sarah Ruden’s translation, which I love and suspect might be my favorite (I can’t be certain after only one read), partly because my fall Atrium class will be exploring how Virgil develops Ciceronian classicism in the Aeneid and how it guided both the mind of the Pax Augustana and Roman and Medieval education, and partly because I like it so much.

If you have not had a chance to read it, please do. It’s a good read and shorter than most novels. If you can find people to discuss it with, that would be great. Just try to avoid academic settings.

(Oops. That one slipped through the cracks.)

Like any book, especially like any great book, each visit reveals a new story. This time, I’ve been struck by how many times Aeneas has to kill himself.

All of us have an inner enemy that undercuts us. When I think back on all the ways I have tripped myself up through self-destructive vain glory or sloth or impatience, I want to cry. These things kill me: one mosquito bite at a time, sometimes; and then, perhaps, one sudden serpent-strike.

Augustine was not playing with words when he called us humans the living dead. In fact, in Greek, one word for humans is “thanatoi”, while a matching word for a god is “athanatoi.” The first means “dead ones” and the second means “not dead” or “undying ones”.

Some people read Genesis three and think Adam and Eve got away with one. After all, they didn’t die.

Confusing the Bible with Facebook, such readers don’t pause and reflect. They don’t ask themselves, “Might this story have a wisdom I’m missing? Might my assumptions need to be challenged? For example, is there maybe a kind of death that is worse than the one I insist must be the only possible meaning?”

Ever since Adam, we have carried death inside us. Paul the apostle goes so far as to say that we are “dead in our trespasses and sins.”

We carry within us some force that is trying to destroy us, that wishes us ill, and that is us.

We all have a death wish. That is why we entertain ideas even when we know we couldn’t survive their embodiment. It is as if there is a second or third or fourth self lurking behind and wrapped around some inner tree and it wants to kill us.

Aeneas was called, Virgil shows, to something immortal. He was called to more glory than he wanted. It is not obvious that the Aeneas at the beginning of Virgil’s epic would have been able to achieve the gods’ purposes. There are things in him, good and bad, that have to go.

Some of them are memories and attachments. Famously, he has to die to his old home, the one the god’s had determined to destroy. He loses great riches, ships full of treasures and precious mementos, and arma, which is a Latin word generally and correctly translated arms, as in weapons, but also meaning tools and equipment for any task.

Some of them are people: his wife and then a potential queen, friends, and, worst of all to a man renowned for his pietas – his father.

Some of them might be considered personal inadequacies. Even though he was a virtuous and pious man even while Troy stood, his great virtue was not great enough to accomplish the great task laid out for him, which was to found Rome.

Given Virgil’s intentions, I don’t think he meant for the reader to sympathize with Aeneas’s tears over the shipwreck, his wish to have died in Troy, or especially his love for Dido. His task was going to be more than hard, so he had to be hard enough to do it.

Some of Aeneas’s deaths are so deep and so total that they can only be described by a journey to the realm of the dead. Only someone who has taken this journey can understand what Aeneas experiences. But anybody can take this journey. In fact, all of us have to, to some degree, depending on the greatness of our task.

There is a wonderful little Fairy Tale by the Brothers Grimm called The Golden Bird. It’s short and easy to find, so I won’t summarize it here, except to say that, in it, a fox provides guidance to the story’s protagonist, who became a Prince. Toward the end, the fox asks the Prince to reward him for making him a great success.

“What do you want?” asked the Prince.

“Shoot me dead and cut off my head and my paws.”

“That would indeed be ingratitude!” said the prince.

So he refuses to do it.

Here comes the spoiler: at the very end of the story, the Prince does shoot the fox and cut off his paws.

And no sooner was it done than the fox was changed into a man…. at last set free from the evil spell which so long had lain upon him.

The person whose stilted and stultified imagination prevents him from understanding this story is under just such an evil spell.

When Aeneas finally arrives in Italy, he has to go to the realm of the dead. There are those who believe that in Virgil’s telling Aeneas does die. Even if he didn’t, he did. The sufferings of the damned are described to him. Then he sees his father’s shade, who reveals to him the future of their descendents: the Roman people.

The main difference between classical and modern education is that classical educators believe in “hell” so they take their students there.

Imagine there’s no heaven. It’s easy if you try.

Only it isn’t. Fear of hell overcomes the desire for heaven. However, you mustn’t believe this started with John Lennon or the modernists or even non-Christians. Christians managed their fear of hell by turning it into a comic book ending and then sending other people there. Heaven followed and became an empty, sentimental shadow: vacouous clouds floating in a light blue sky replacing the shaking mountain of Exodus, the shaking doorposts of Isaiah, and the transfigured Christ of the gospels.

It might be worth mentioning that hell is not a Biblical word, its a somewhat unfortunate English substitute drawn from Germanic mythologies. Hades is the Greek word. Sheol is the Hebrew. It is the realm of the dead, and prior to Christ it was apparently where all the dead went, though I acknowledge that there are many different theories about this.

What is clear from the Bible is that Christ conquered Death, not just the act of dying, but the realm ruled by Death and Hades. This was one of “the desires of the Everlasting Hills” that Christ fulfilled.

Consider how many great heroic stories tell about journeys to the underworld. Odysseus, Beowulf, and Dante come immediately to mind. We can add Thesus, Hercules, and, almost, Orpheus.

For most, the stories are a projection: wishful thinking. With Christ, they are the fulfillment of our deepest desire: immortal honor.

Death is the realm of fear, certaintly, but that doesn’t really capture the extent of it. Not even terror does. Direct confrontation with the inner most heart of oneself is involved. Because the realm of Death includes our hearts, where it rules through fear, according to the author of Hebrews.

But it’s only there that Beowulf can find the sword to kill Grendel’s mother, Dante can conquer his inner treachery and faint-heartedness, and the fox can become a man.

All of this is fulfilled in Christ, who quite literally breaks the gates of Death and recreates the cosmos.

Aeneas is a shadow of all these journeys.

He is shown the glory to come, but he is never permitted to forget what it is going to cost.

“It cost so much to found the Roman nation.” (Ruden)

For Aeneas, that cost goes on and on. When he comes back from the realm of the dead, death and chaos follow him. In the seventh book Discord and Rumor and warfare erupt. Symbols of order vie with images of chaos. Toward the end, Virgil presents potential solutions. Only, none of them really solve – they just make the chaos and death more bearable.

Virgil’s Aeneas learned how to die. That is why Virgil could say of him, when he took up the shield the God Vulcan—his mother’s husband—made for him,

“He shouldered his descendents’ glorious fate.”

It’s also why he never had to go through the trouble of committing suicide. He had already died many times.

After all, a hero dies a thousand deaths, standing tall for them all. A coward tastes of death but once, against his will, cowering.

The essential condition of a classical education is this: the student must have a calling to glory that gives rise to a vision of what he can and must do. That calling and vision will require a journey through and a conquest of the death within him. The purpose of education then, is to prepare the student to die. That is his only hope. It is also the only hope for his desendents.

By way of immediate practical application: when we learn how to die, at least a little bit, we learn how to read – even provocative, Mercurial statements like those littered through this post.