How To Keep The Classical Christian Movement From Falling Apart 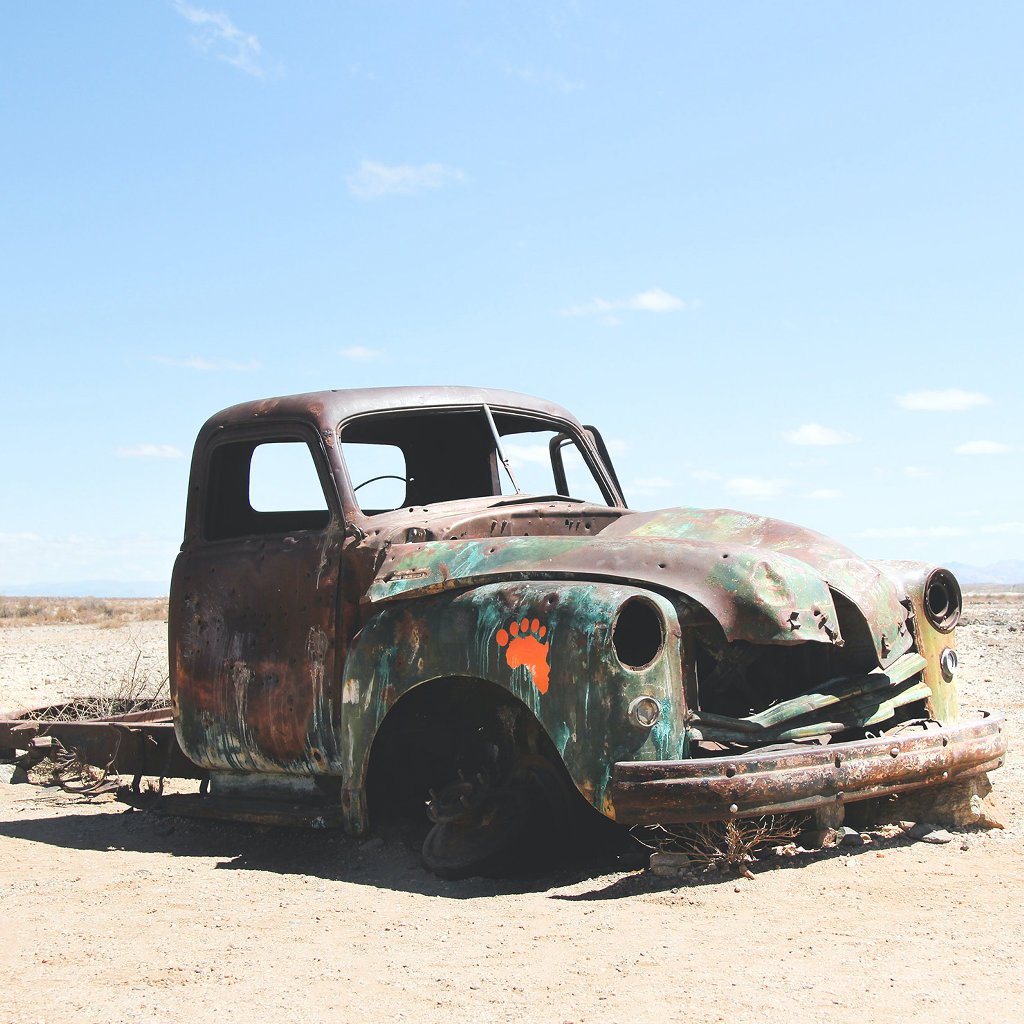 Nonetheless, at some point in the next decade, it may happen that “classical Christian education” becomes so popular that the term becomes ambiguous.

For example, by itself, the term “Presbyterian” has relatively little meaning. When we hear a fellow is a Presbyterian, we immediately wonder what sort? The sort that ordains lesbians? The sort that teaches the Westminster Shorter Catechism in Sunday school? The sort which sends their youth group to the March for Life every year?

Likewise, to know that a man is “a Republican” is to know very little about him. Is he the sort who owns four guns and homeschools his kids in rural Utah? Or is he the sort who is never home and whose daughter’s Instagram account looks like an audition for Maxim magazine?

To some extent, this is already happening.

At summer conferences, a certain sort of attendee joyfully goes from one session to the next and remarks, “It’s like drinking from a firehose!” Another sort of attendee is glum, finds other glum-looking teachers, and eagerly tells the story of how he nearly got fired “just for teaching Augustine.” In response, he hears stories from others of how many Spring Formal dresses had to be digitally altered for modesty by the yearbook editor, how a connected board member got Joanna Gaines to speak at a chapel service, and how the headmaster’s son is an aspiring Soundcloud rapper who got a one-day suspension for selling hits off his THC pen to junior high girls. These teachers will trade stories for an hour and then ask, “Is the classical Christian movement even real?” It’s inevitable that any large movement would produce both newly excited and the cynic—and I genuinely believe they both have a valid point.

What the cynics know is that a classical Christian school can’t be judged by its curriculum, webpage, and accreditations. In itself, the fact a certain school teaches old books, Latin, and logic proves very little. There are a great many other cultural issues which must be settled before teaching great books will do you any good. If those cultural issues are not settled, you may as well be teaching the Confessions to students who are blind drunk or sound asleep.

As classical Christian education grows, the movement will see more schools that are classical and Christian on paper, but well stocked with screen junkies, sports junkies, TikTok stars, and graduates whose tastes are no different from their public school counterparts. A talented teacher who is committed to virtue and noble old traditions will only tolerate working at such schools for so long, then he will look for a school which genuinely values his faith.

What is true of individual schools is true of the entire movement, as well.

The entire classical Christian movement will only sustain so many schools whose graduates are tasteless apostates before the best schools regard the “classical Christian” designation as a burden and reimagine themselves as something different. How many “classical Christian” schools can attempt to sustain a sports-centered culture, humble brags about standardized test scores, and a generically Republican social agenda before the people who actually love Dante and Bach cut and run?

Imagine a league of eight or ten classical Christian schools forming in the future over a shared frustration that the “classical Christian” designation had come to mean so little. Suppose membership in this league were based on obedience to a number of cultural credos, like no smart phones or social media among students (or maybe even teachers), no video games, no sports program, and a deeper time commitment to fine arts than a school with a sports program can really imagine. The moment this league of schools got a six-figure donation, which wouldn’t take all that long, it would have little reason to maintain the “classical Christian” title.

A Plato and Augustine school which bans smart phones, social media, and has no sports program really doesn’t have much in common with a Plato and Augustine school that allows all three. Culture eats curriculum for breakfast. Culture eats mission statements for breakfast. The former sort of school is stocked with families that don’t mind embarrassing themselves to push back against the world, families which produce children that devour Homer and Milton and Bach, students that are apt to worship their schools and teachers, students whose senior quotes aren’t jokes or Oprah quotes. There are plenty of these families presently enrolled in classical Christian schools which they would abandon in a heartbeat for something more classical and more countercultural if it came along. For now, mom and dad are stuck doing periodic inventories of what sexual perversions their children have learned about from TikTok-ing classmates, all the while shaking their heads at the absurdity of having to do so at an expensive “classical Christian” school.

For the sake of argument, let’s say that the classical Christian schools which decide to ban smart phones, social media, and forgo a sports program (and to spend all their sports time on dances, choral performances, art shows, the memorization of poetry, a robust and mandatory drama program) adopt the name “great tradition schools.” There is strength in numbers, of course, but in the beginning, only ten schools are founding members of The League of Great Tradition Schools. The League publishes a short credo which acknowledges various debts to the classical Christian movement, outlines critiques of the movement, and puts forward a cultural program to be pursued in addition to Latin, rhetoric, Great Books, and so forth. This cultural program is viewed as having equal importance with academic studies and becomes the simple rubric by which prospective families are sorted. Over the first three years of its existence, the league goes from ten schools to twelve to fifteen. Then, in the same way various private Christian schools have “converted” to the classical model over the last twenty years, various classical Christian schools begin converting to what comes to be known as “the Great Tradition model.” Ditching basketball and soccer is no less a tough sell than taking on Latin, and the conversions are typically rocky and often fail. On the other hand, people are willing to move hundreds of miles to send their children to a Great Tradition school, just as they used to move hundreds of miles for classical Christian schools.

Over the following decade, Great Tradition schools begin soaking up all the families and teachers in classical Christian education that were most committed to old books, old aesthetics, and old morals. Consequently, classical Christian schools are able to more openly pursue programs of “cultural engagement,” “world-changing,” and “community” which their luddite co-laborers had held up for years. With those people gone, though, John Piper replaces Augustine, laptops debut in the classroom, Latin is replaced with Spanish “so that we can more easily accomplish the Great Commission,” and the JV pickleball team gets third in state. Classical Christian schools gradually become the school of choice for people who attend churches like The Mountain, The Drive, Wave, Disc, Glitter, The Holy Spirit Hole, Ruby Room, Jesus Vibe, Highland Spirit Club, and, of course, Sponge.TV Faith Café, whereas Great Tradition schools are populated by attendees of First Presbyterian and St. Prude Catholic. As opposed to connoting Plato and Augustine, the “classical” part of classical Christian education comes merely to mean an opposition to gay stuff, evolution, socialism, and critical race theory. Thoughtful people begin looking at classical Christian schools and asking, “In what sense is this really classical?” To be fair, though, there are people asking that question today.

A few caveats: I do not hope any of this happens, and if it did happen, I wouldn’t necessarily say that Great Tradition schools (or whatever they’re called) were the good guys. I’m not an idealist, I generally don’t get along well with idealists, and given my love of Sofia Coppola and New Order, they might not even let me in a Great Tradition school. Let me out myself here and now as a total moderate. I’m not a hardcore anything. I vote Republican. I think libertarianism is just essential oils for men.

That aside, though, I should add that I hope a division between Great Traditions schools and Classical Christian schools doesn’t become necessary. If you also hope it does not become necessary, let me offer the following advice on going forward.

First, get tougher admissions standards. Start asking prospective parents: How do you discipline your children? Do your daughters have smartphones and social media accounts? Do your sons play video games? Do you go to church every Sunday? Do you eat dinner as a family most nights of the week? Do you want your children to change the world? Are your children special? Do a survey of your best teachers and ask them what common cultural attributes are shared by the worst students they have. Use a little common sense. Don’t let more families into your school which have a lot in common with the most vexing, worldly families already there.

Third, make a concerted effort to not let board member’s kids, teacher’s kids, or rich kids get away with murder. You know which students ought to have been kicked out years ago. Kick them out. A classical Christian school is a bit of a ministry and a bit of a business, but bad administrators have a tendency of dicing up the ministry and business aspects of a school so that teachers always get the short end of the stick. Faculty salaries? It’s a ministry. Badly behaved board member’s kids? It’s a ministry. Massive sports program? It’s a business. No matter which way they turn, the business/ministry dichotomy leaves teachers with less: less money, less time, less freedom, less peace, less respect. If you don’t want a Great Tradition school to open in town and soak up all your best teachers, start asking yourself how’d you treat faculty differently if there was a Great Tradition school in town that could beat your salary offering by 5%.

Fourth, take a survey of where your families go to church, then take a survey of where your faculty go to church. On a scale of 1 to 10, where 1 means Sponge.TV Faith Café and 10 means St. Prude’s Catholic, if your average family is a 3 and your average teacher is a 7, mission drift is a huge problem at your school and the only way to fix it is to completely overhaul your admission’s process.