How Should We Teach World War II? 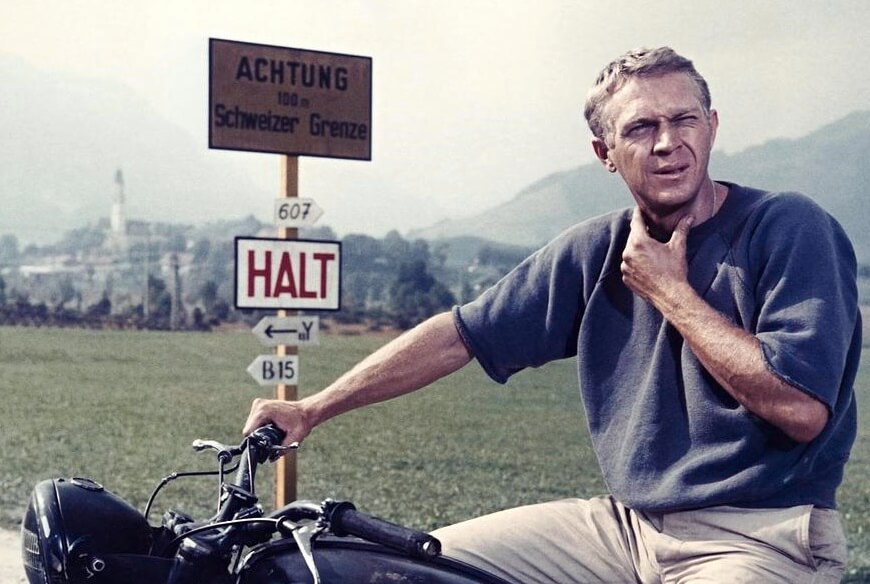 Teacher: I have heard that you don’t believe a book should be taught until it is a hundred years old. Is this true?

Gibbs: Not exactly. I don’t believe a book should be taught in a classical Christian high school until the author has been dead for a hundred years.

Teacher: What about World War II, though?

Gibbs: I take it you believe World War II should be taught in classical Christian high schools.

Teacher: World War II was the most important event of the 20th century. Many heroic deeds worthy of emulation were performed in World War II. We have to warn students of the dangers of Nazism, fascism, and racism. Those who don’t learn from the past are doomed to repeat it.

Gibbs: I see. You don’t see yourself as the kind of person who would perpetrate the crimes of the Nazis, then?

Gibbs: If I gave you an empty notebook and a pen and asked you to write down everything you know about World War II, how many pages could you fill?

Gibbs: Everything you know about World War II— all the names, dates, and narratives which are central to the war. The kind of information that would come up in a Wikipedia article or Encyclopedia Britannica entry. A basic sequence of events. For starters, what can you tell me about Hitler’s rise to power?

Teacher: I know he was the chancellor of Germany and that he made the German people a lot of promises. I know he capitalized on the German national spirit.

Gibbs: I don’t know much about it either. I might be able to write down a few other stray facts about his rise to power, but not much. What do you know about World War II itself?

Gibbs: Let me be honest with you. I don’t think we could fill up more than twenty or thirty pages of a notebook with our collective knowledge of World War II.

Gibbs: If I asked you to write down everything you know about St. Augustine— not only his biography, but his thought, the content of his books— how many pages in a notebook could you fill?

Teacher: I could probably fill an entire notebook, if not more. I’ve read the Confessions many times, not to mention the City of God.

Gibbs: Would you say the average Nazi-sympathizer knows more or less than you do about World War II?

Gibbs: Yes. I’ve read articles in The New York Times where intrepid reporters sat down with white supremacists and picked their brains. They seem to know a lot about World War II, not only names and dates, but also German history, German economics, Mein Kampf, and so forth. Granted, I am sure some white supremacists know very little about World War II, but I get the impression that most Nazi-sympathizers believe the average American doesn’t know enough about Adolf Hitler or World War II.

Gibbs: On the other hand, I doubt many knowledgeable Nazi-sympathizers are very familiar with the life and thought of St. Augustine.

Teacher: That is probably true, as well.

Gibbs: Earlier you said you weren’t the kind of person to perpetrate the crimes of the Nazis. I think that’s true, although I think it has more to do with your familiarity with St. Augustine than your knowledge of World War II.

Teacher: But if you met a grown man who knew nothing about World War II, wouldn’t you think him strange?

Gibbs: Yes. Unacceptably strange. However, there is a difference between “important things” and “things which must be taught in the classroom.” How much of your World War II knowledge comes from books and classroom lectures rather than motion pictures?

Teacher: To be honest, much of what I know about World War II is derived from films. Schindler’s List, Dunkirk, Saving Private Ryan, The Pianist, Casablanca, The Thin Red Line, Life is Beautiful, Empire of the Sun, The Great Escape… not to mention all the documentaries I’ve seen.

Gibbs: How many of those films were assigned to you by a teacher?

Gibbs: Sex is very important. So are tax codes. So is the law. So was the Gulf War, the World Trade Center attack, and the financial crisis of 2008. Classical teachers don’t cover any of these things, though.

Teacher: But isn’t it fair to assume parents will teach their children about sex?

Gibbs: Yes. Does that mean all parents will teach their children about sex?

Gibbs: Do you believe teachers should inform their students about the birds and the bees in sixth grade just to make sure everyone knows, then?

Teacher: I don’t think that’s a proportionate response to a rather uncommon problem. I don’t think the rules should change for everyone just because one in a hundred fathers fails his son.

Gibbs: Agreed. I don’t think the fact something is “very important” means it must be covered in the classroom, especially a recent event the whole world is still talking about. Nor do I believe that memorizing a lot of facts about World War II is going to keep anyone from sympathizing with the Nazis. Classical educators teach virtue. End of story. We believe that reading old books is an important part of teaching virtue, which is why we read old books. Classical educators do not evaluate the importance of an event based merely on body counts, though. How much do you know about The Black Death?

Gibbs: How much space in a notebook would be needed to contain all you know about it?

Teacher: Less than a page.

Gibbs: And yet a hundred million people died in The Black Death, though classical educators typically breeze over the event. To be honest, the scope and sequence of many classical schools centers around old books and virtue up until senior year, at which point “very important” things fill the curriculum. But the “very important” events of the 20th century simply aren’t important in the same way Augustine or Dante is important. There was a lot of great evil which took place in the 20th century— but studying evil is not a good way of preventing evil. It is one thing to study the lies of the devil, which is what Milton does in Paradise Lost, and another thing to learn as much as possible as the Nazis, to gaze at their uniforms, to watch their propaganda films, to meditate on their music, and to delve deeply into their rhetoric. Were I to argue with a Nazi apologist, I am sure he would eventually get around to asking, “Have you actually read Mein Kampf?” to which I would answer, “No.” However, I would feel no shame in responding this way.

Teacher: So, you think teaching World War II is a waste of time?

Gibbs: Heavens, no. I am quite sure that a good teacher can accomplish many good things while teaching World War II. I have seen it with my own eyes. A good high school teacher could also accomplish much while teaching the World Trade Center attacks, as well, or the Gulf War. My concern, however, is that classical educators often justify 20th century history and literature classes on the grounds their content is “very important” by standards borrowed from the modern news cycle. I would wager there are many classical schools out there wherein graduates have not read anything by Plato, Augustine, and Dostoyevsky, but they have spent months studying World War II “so they won’t become Nazis,” or something to that effect, and I think it rather lamentable.

Teacher: Does it seem prudent to not say anything to students about the 20th century, though?

Gibbs: I’m not suggesting classical teachers not mention the 20th century, as though it were some taboo subject. Late elementary school is the right time for reading The Hiding Place and The Diary of Anne Frank. For a classical school, though, 20th century history strikes me as a more fitting elective than a year long study afforded the same time given to medieval literature or ancient literature. How much of what you know about St. Augustine comes from motion pictures?

Teacher: None of it.

Gibbs: How much of what you know about Dante, Boethius, Aquinas, Calvin, Luther, and Dostoyevsky comes from motion pictures?

Teacher: Again, none of it.

Gibbs: Which means that if our students aren’t taught such literature in the classroom, they are not likely to encounter it on their own than they are to encounter big events of the 20th century. It behooves a classical literature teacher to use his time prudently.