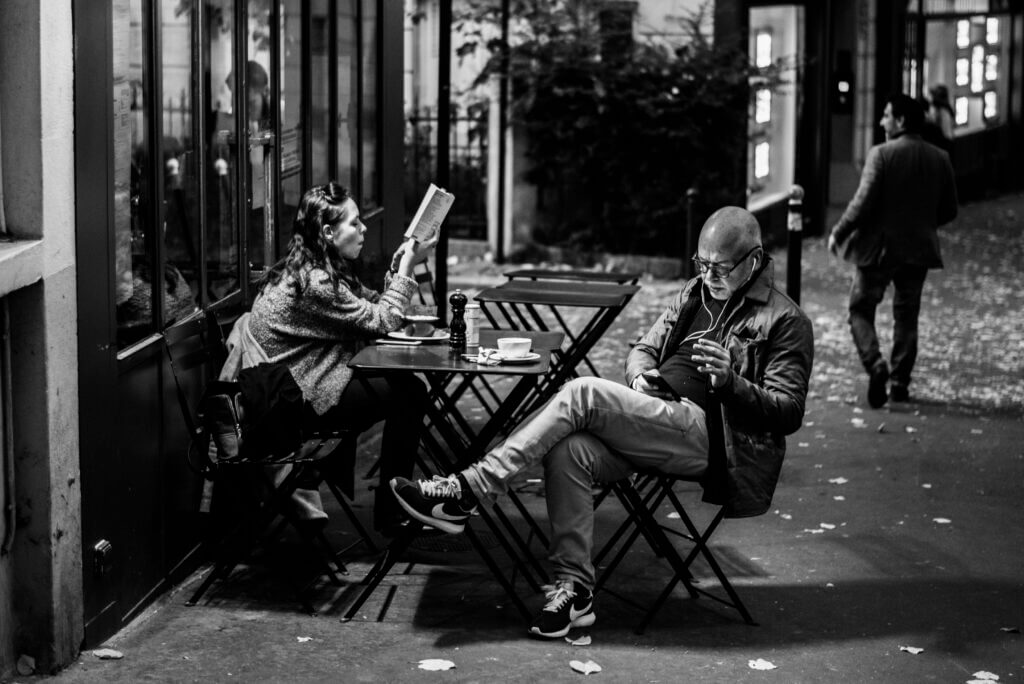 If we read tribally, we short circuit the path to wisdom.

If we read obsequiously, we enervate ourselves on that path.

What I mean is this: if my first question when I read the quoted paragraph above is, “Who wrote it?”, I am asking a perfectly natural question, one that is rooted in my desire to be secure with my tribe. I am not, please note, using the word tribe negatively. I am using it as a matter of unavoidable fact. Perhaps I should have used the words “as a member” or “communally,” but I wanted to indicate different emphases.

The basic error of tribal reading is not to read as a member of a tribe or community because something that cannot not be done is not an error. The error arises when I allow my tribe to interpret the text for me in a way that causes me to close down my own thought processes. I reject this passage because, say, Tucker Carlson or Don Lemon said it, not because it is false or immoral or self-contradictory.

On the other hand, I could read it obsequiously, which is to say, I could surrender myself to it without reflection. Perhaps this is also tribal reading, but the difference as I see it is that an obsequious reader reads anything without a critical apparatus. It is written so it must be true and wonderful. Perhaps the obsequious reader goes a step further and says, “It is written, and I like it, so it must be true.”

This is a much more delicate matter than we often assume. We have learned in the past century or more that elementary textbooks matter. We have learned that thought patterns that get established in school, intended or not, have lifelong effects: personal, social, and cultural.

But what then is it to do? Not hand on its discoveries, insights, lessons learned? Then it guarantees that it will produce fools, detached from their own heritage and unable to forge another one.

They won’t be tribal thinkers in relation to the tribe that gave them life, but they can’t live without a tribe, so they will either stop living or form new tribes. And those new tribes will not have the inheritance that they were denied, including the lessons in how to read, write, make art, fix things, make decisions, and so on. These inabilities will drive them to violence out of sheer frustration.

That paragraph describes Fascist Italy, Nazi Germany, Anarchic and then Bolshevik Russia, and other broken polities of the 20th century. It also describes what the US is becoming.

In every case, the individual was severed from his past, either through military catastrophe or dramatic political transformations. New forms of education were implemented, but they lost their balance. In this regard, it is fascinating without end to me that Soviet Russia did a very good job educating a rather large segment of their population in what we call STEM but also in the Russian classics. I need to look closer at whether that was done consistently or only after WWII.

Part of the challenge is that only the community can educate the child, even if it does so through the parents. He is simply not educable by himself. It is, as people like to say, “the human condition,” which is much more fragile than we care to admit here in the safe and secure USA.

But for what does the community educate the child? Simply to be a member of the community? That is not enough.

For autonomous individual self-discovery? That requires more wisdom than can be contained in a curriculum, and it is certainly not something that a community should entrust to its young adults, often single and barely out of adolescence themselves.

The teacher himself has to come to realize that he is always and inevitably a voice for a community. He is not an autonomous agent of wisdom. His insights, as precious as they are to him, are not going to mean as much to the student. Nor are they as profound as they feel during that lightning flash of affirmation when they first open the mind to a new path.

And yet, the role a teacher plays in the development of the child carries enormous weight. If the teacher obstructs the child’s development in mathematical understanding in third, seventh, or 11th grade, that teacher has undoubtedly undercut every other teacher’s effective work because rational development, as in math, is that fragile. A 9th grader who excels in math but has a bad teacher for one year may always like math, but he is extremely unlikely to become an engineer or even a doctor.