A Guide To Dating In High School 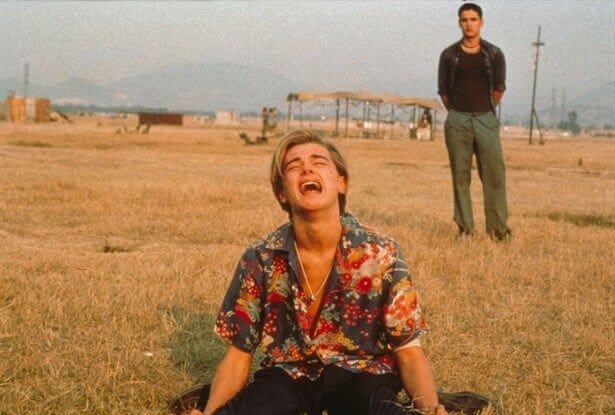 Last month, I told my sophomore humanities class, “You have written enough for me this year. Let me write something for you.” And so we hashed out a deal where, on the appointed day, the class would give me four essay prompts, I would choose one, I would have around an hour to think about what I wanted to say, and then I would have one hour to write a one-thousand-word essay in response.

When the appointed day came around, I was given the four essay prompts before lunch. The most intriguing option was, “Write a guide for dating in high school.” My students already knew that I was not at all enthusiastic about high school dating, but that I did not necessarily think it wrong (just pointless and ill-advised). I spent my lunch break mulling over the question of what sort of high school dating relationship I could possibly approve of. After lunch, my students quietly read Hamlet while I typed. A little less than an hour later, I read them the following essay:

The problem with high school relationships is that they do not matter. They do not exist for a greater purpose. God gave Eve to Adam as “a helpmate” because he needed a helpmate, because he had been given a great task he could not accomplish alone. To be sure, Eve was a consolation to Adam in his loneliness and would prove instrumental in the pleasant task of peopling the world, but the whole story of Eve’s creation assumes Adam was driven by some sublime purpose, some labor which was so grand he could not accomplish it by himself.

However, the high school couple has no great labor. The high school relationship is neither productive nor creative and serves no useful purpose, as marriage does, for marriages produce children and in producing children, reward stability and fixedness. On the other hand, the high school relationship exists primarily for itself and for the enjoyment of the two persons involved. They affirm one another’s goodness, pass time together, praise one another, and pretend to have deep conversations, and yet neither their friends nor their teachers have any reason to be glad the two have found one another. Unlike marriage, which contributes to the stability (and longevity) of society, the high school couple typically infuses something quite awkward into a situation. A married couple with children want to have others into their home, while dating high schoolers want to be alone. There is no important service they provide, no problem they solve. They have fun together; however, having fun is simply not all that important, and so when high school couples fall apart, none of their friends suffer real loss. Often enough, as soon as dating high schoolers realize their relationship is ultimately unnecessary and only exists for the sake of their having fun, it seems a bit pretend, becomes hard to take seriously, and soon thereafter falls apart.

If a high school relationship is to be of value, then, it must more accurately approximate a real marriage. When young people have been raised to believe the primary value of romance is fun, they are poorly postured to undertake marriages which last, for most marriages go through long passages wherein work is constant and fun scarce. While I have little confidence in my own ability to set up a guide which can make a high school relationship last through to marriage, I would like to propose something else: an approach to dating in high school which stands to improve whatever marriage awaits the couple after they break up and go their separate ways.

Many marriages last because husband and wife have something significant to lose if the marriage falls apart. Likewise, a high school sophomore who wants to date a girl should have something significant to lose if the relationship does not last. I would suggest a thousand dollars. Before being allowed to date a certain young woman, her suitor should approach the young woman’s father and give him a thousand dollars in cash. If the couple remain in a dating relationship for one full year, the young man can have half the money back. If the couple can last eighteen months, the young man may have the rest of his money back. In the meantime, if the couple breaks up for any reason, the young woman keeps all the money.

While I think it unfair to reduce romance to a fiscal concern, entirely removing the practical and fiscal aspect of romance from high school relationships is what makes them so dangerous, so unrealistic, and so likely doomed to failure. One need only look at the statistical risks to a marriage which attend the loss of the primary wage earner’s job to understand how very practical a marriage is (and must be).

If the young man must produce a handsome sum of cash up front before he can begin dating, he begins early to connect labor and love. If he wants to date a girl, he has incentive to work hard, scrimp and save, and spend less on himself. He will also be far choosier about who he dates. If he pursues a flighty girl simply because she is pretty or popular, he knows he is likely to lose his money. Likewise, a flighty young man is more likely to abort his interest in a girl halfway through the accumulation of the needed sum and thus the young woman is saved from spending her feelings and time on some low-rent huckster.

Once the young man gives his thousand dollars over to the girl’s parents, he has some skin in the game, and a fiscal interest in keeping the relationship alive for a while, which means he might even begin asking adults how to make a relationship last. He will know that if the relationship begins to drift too far into the realm of fun and amusement, the girl has an incentive to walk away from it, because a thousand dollars is far more fun than a sophomore boy who wants you to watch him play Minecraft. The relationship needs to be something more than fun, then, and so the young man has reason to suggest the couple do significant, compelling things together, as opposed to just happily, aimlessly passing time in one another’s company. They might attend Bible studies together, cook dinner for the young woman’s family on Saturday afternoons, go to church together, or simply perform mundane tasks around her house together, like raking leaves or washing the car. Of course, these are exactly the sort of tasks which characterize much of married life. If the couple comes to understand their usefulness to others, they have much stronger reasons to stay together.

When a relationship exists primarily for the sake of fun, profitable tasks merely get in the way. However, if the young man is so convinced of the young woman’s fixedness of purpose that he is willing to put a thousand dollars behind his interest in her, he must want something from her other than a good time, and he must be convinced she wants something more than a good time. The sort of people who are only interested in a good time are never fixed in purpose.

As a reader and great admirer of proverbs, it is my goal here to submit the high school dating relationship to one of the most painful trials known to man: Put your money where your mouth is. The problem with many high school dating relationships is that they come into existence without ever being tested, without any real sacrifice, without any genuine risk. Where your money is, there will your heart be also, teaches Christ, which means the father who is approached by a young man with a thousand dollars in hand should be careful. Any young man who is willing to do such a thing is in earnest, has calculated his risks, cannot be trifled with, and has earned the benefit of the doubt. But isn’t this exactly the sort of fellow men want their daughters dating?