Grade My Ideas, Not My Sloppy Handwriting 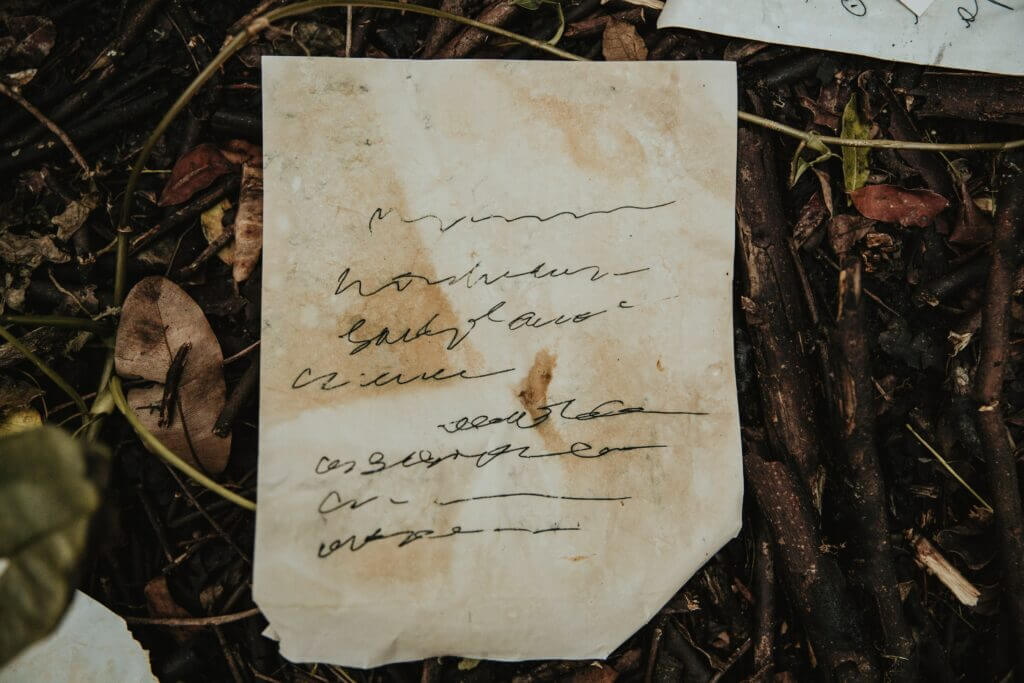 Gibbs: What do you mean your handwriting is “naturally messy”?

Student: No matter how hard I try, my handwriting is messy.

Gibbs: That’s not true. Sometimes your work is legible. Flip back through your composition book and have a look for yourself. Your handwriting isn’t always as sloppy as it was this week.

Student: You don’t think some people are just naturally messy when it comes to handwriting?

Gibbs: I imagine most people are naturally messy and that it takes great effort to write neatly.

Gibbs: How much practice do you get handwriting?

Gibbs: How often do you practice writing neat letters, words, and sentences at home?

Gibbs: You don’t practice handwriting, but you’re positive your handwriting couldn’t possibly get any better?

Gibbs: You don’t do much writing at school. Besides, the writing you do for school isn’t practice. For school, you have to write essays and lab reports and Latin translations, but that’s not practice anymore than the second quarter of a basketball game is practice. I’m not inclined to believe someone who, at the ripe old age of fourteen, claims they have “naturally messy” handwriting and can’t possibly improve, even though practice is out of the question.

Student: Okay, but why does handwriting even matter? Isn’t it my ideas that matter? Doesn’t it seem sort of shallow to say, “I don’t care that you wrote true things and good things, you didn’t cross your T’s so you get a C minus”?

Gibbs: Your handwriting is so messy, it takes me three times as long to read your essays as it takes to read your classmates’ essays. Does it not seem arrogant to demand your teachers give you special treatment just because you’re not willing to practice a task at home which you’re not naturally good at?

Student: Why are you so obsessed with practicing at home?

Gibbs: You claim your handwriting is “naturally messy,” but you don’t practice. To say that your handwriting is “naturally messy” implies that it couldn’t be better if you tried, but I’m not convinced that you’ve actually tried that hard—or that long. It would be more accurate to say that you’re “not naturally neat,” and it requires more effort for you to do what others do easily.

Student: Exactly! It is really hard for me to write neatly, but it’s easy for others.

Gibbs: What does that prove?

Student: That you shouldn’t grade me down for my handwriting.

Student: Because it’s harder for me to write neatly than it is for others.

Gibbs: I see. I should only grade you on things that come easily?

Gibbs: And on what occasions should a student get a low grade on anything?

Student: When they don’t try hard at something they could do.

Gibbs: Does trying hard include practicing at home?

Student: I want to hear why it’s okay for some fancy poet to have messy handwriting, but not me.

Gibbs: Would you say that your ideas are really valuable?

Student: I’m not claiming to be some sort of genius, but I’m saying it’s the idea that matters, right? You’re saying that the ideas of ugly people shouldn’t be taken seriously.

Gibbs: A fellow can’t help it if his face is asymmetrical, but he can be held accountable for ironing his shirt, showering, and combing his hair before he goes to work. Appearing presentable is a way a man proves to his coworkers that he respects them. They have to look at him all day long, after all. Handwriting is the same sort of thing. Taking care to write neatly is a way of showing respect to your readers.

Student: Shouldn’t readers be content with good ideas, though? Isn’t insisting on neat handwriting part of the modern fixation on looks and appearance?

Gibbs: Good ideas may matter more than handwriting, but that doesn’t mean neat handwriting is entirely unimportant. We’re Christians, which means we believe our souls matter more than our bodies, but we are still required to take care of our bodies, because both are gifts of God. However, this conversation began with your complaint about a grade. If you really believe that what is inside matters, what do you care about the grades I give you? Grades can’t touch your ideas.

Student: I want to get good grades so that colleges will think well of me.

Gibbs: Do you think that colleges don’t care about handwriting?

Student: That’s just authoritarian and patriarchal. What if I just can’t write better than this?

Student: How could suffering possibly be good?

Gibbs: You’re offended I am requiring you to do something you’re not naturally good at. And not only am I requiring it, I am also judging your ability to do something you’re not good at. The truth is that every man has to do many different tasks over the course of his life, and some of those tasks will come easily and others will not. A reasonable man recognizes that he’s simply going to have to work harder at some things than others—he has to work harder at the things he’s not good at. However, when modern men realize they’re not naturally good at something which they’re required to do, they don’t work harder at that thing, they simply complain they’re being oppressed.

Student: You think it’s morally allowable to require people to do things they’re not good at and then to punish them for not doing those things well?

Gibbs: That strikes me as a rather melodramatic way of describing a teacher who docked a freshman a few points for having sloppy handwriting, but sure. Based on what you’ve said though, I don’t know when it would ever be allowable to give a student anything less than a perfect score. What about the student who claims he’s not naturally good at math? Common sense suggests a student who is good at geometry should get the A, but you’re suggesting the opposite. You would give the A to the geometry student who can’t do geometry at all.

Gibbs: Do you want to have better handwriting?

Gibbs: Great. Now you just have to prove it. Practice at home this weekend and let me see what you’ve done on Monday.