On Getting COVID And Losing My Sense Of Taste And Smell 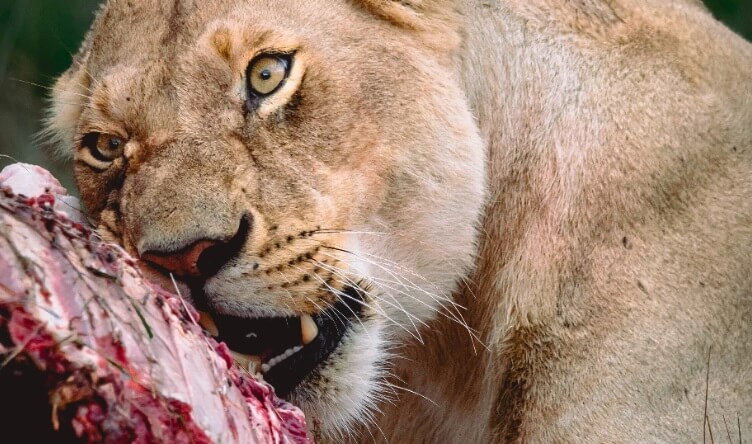 After testing positive for COVID last week, I entirely lost my sense of smell and my sense of taste. The symptoms which prompted me to get tested were too mild to even mention, but when I tasted my coffee the following morning and found it as odorless and tasteless as tap water, my first thought was, “Please, God, not that,” although I suspect my guardian angel’s first thought was, “Oh, he’s needed something like this for quite a while.” As usual, my guardian angel was right.

For those who haven’t experienced the complete loss of taste and smell which comes from COVID, let me first assure you that’s it not like a bad cold, which is what I had imagined ever since first learning of the virus. I have had very bad colds before and experienced the diminished sense of smell and taste which accompany severe congestion. Under such circumstances, the power of smell and taste can be somewhat conjured back (slightly, momentarily) with decongestants or by eating very spicy foods that clear the sinuses. With COVID, on the other hand, taste and smell are entirely and completely gone. If someone blindfolded me and led me into a county fair outhouse, I might have guessed I was in a French bakery.

Over the first several hours that taste and smell were gone, I walked into the kitchen every fifteen minutes to see if they had come back. I opened bags of coffee and inhaled deeply. I breathed in spice jars. I ate olives and chewed them ponderously as though trying to translocate my entire being into my mouth. But there was nothing.

This didn’t stop me from trying over and over. Before contracting COVID, I might have said, “Oh, I would lose so much weight if I lost my sense of taste,” but I kept returning to the refrigerator and the cupboard in a state of disbelief. No matter how attentively I chewed, food was appearance, texture, density and nothing more. Like a ghost who tries to embrace the living but passes seamlessly through them, so I sought flavor.

I should add that while I had COVID, I wasn’t really sick. I wasn’t congested. I was not bound in bed or aching. To see me and poke me in the ribs, you wouldn’t think there was a thing wrong with me.

Over the first three days, I could forget my senses had taken leave of me, but only for thirty minutes or so and then some reminder would surprise me. In the shower, my soap did not produce the reassuring herbal scent that assures me I am clean again. The cologne bottles may as well have been empty. An evening walk just before the rain was aggravating because I knew the world smelled of anticipatory serenity, but it was lost on me.

The fellow who loses the sense of smell and taste is not entirely bereft of pleasure, but he is bereft of the pleasures which lightly uphold the day and draw him on to evening, then bed. Had I been fasting, I might have looked forward to the holy day which heralded the end of the fast, but I had already read stories that some people who lose their senses with COVID do not regain them for months, if ever. Anyone abstaining from food during a fast knows he could break the fast at any moment, so his anxiety teaches him to pray and contemplate the day when death will consign him to a deep and mysterious fast, the end of which is known by “no man.” However, the man who loses smell and taste has a fast forced upon him, a fast which is indifferent to his will power, for whether he eats meat or not, the meat gives him no enjoyment. What on earth can he look forward to?

I felt a little odd telling people what had happened. It was a bit like telling them I had crashed my new Rolls Royce. Despite what people say about smelling a fire or spoiled food, smell and taste really are luxuries. You can survive without them. In the City of God, St. Augustine spends a chapter near the end ruminating on whether God created man’s form more for usefulness or beauty. Because God gave men nipples and beards, neither of which serve a purpose but exist merely to ornament his body, St. Augustine determines God created man more for beauty and enjoyment, despite all our functional powers. It’s a fair point. If getting things done were really a high priority, God would have created more than two people to take dominion over the whole earth. Likewise, smell and taste are signs our God is a gentleman Who wants His children to live like ladies and gentlemen, as well. What a rococo thing is smell! What a regal thing is taste! Nothing matters less for man’s safety or survival than taste. Taste is the Versailles of the human body and smell the Hanging Gardens of Babylon. Without smell and taste, we could people the earth just as easily, but not with the same relish. Smell and taste are a sign that God esteems man highly and that for whatever we lost in the Garden of Eden, nobility is still hardwired into our biology. Until we’re all born without noses, mankind will be a race of princes.

At very least, these have been my thoughts over the last several days. By my third COVID supper, I would have wept to taste a raw potato.

It has been sobering to recognize the loss of smell and taste is a preview of death. In the grave, there will neither be touch, sight, or sound, and I will bid adieu for some time to my body and all the pleasant and wretched things it could do for me. “Food for the stomach and the stomach for food, but God will destroy them both,” the Apostle writes the Corinthians. And when the stomach is gone—and the eyes, ears, nose, and hands, as well—will a man be capable of taking pleasure in what remains, namely, the soul’s return to God for judgement and the bodiless consolations granted to the righteous?

All physical suffering points us to the moment suffering ends and the recompense for suffering begins. In the Orthodox prayer of the sick, the penitent acknowledges, “I know, O Lord, that I justly deserve any punishment Thou mayest inflict upon, for I have so often offended Thee and sinned against Thee in thought, word, and deed.” For years, the longer and fuller version of this prayer was something I only said when a trip to the doctor was warranted, because most people do not feel the need to redeem the dozens of little afflictions fate asks us to endure in an average week. However, there is a point at which any pain becomes so great, we feel we must submit the pain to God Who alone can transform it into spiritual purity. We do not give mosquito bites and stubbed toes to God, but when confronting the horror of a broken leg, we invoke God to make sure He sees what is happening.

But because the loss of smell and taste does not come with physical pain, I have instead had to ask God to bear witness to my own pathetic frustration at having lost out on the pleasure of taste and smell: “Forgive my disorientation. I am lost and embarrassed. You see what a hard time I have waiting for the true crown. Save my helpless, impatient soul.”

On the evening of the fourth day, I could believe a quantum of taste had returned, but I was eating strawberries through a glass darkly. On the fifth day, I found taste and smell at a level just north of imperceptible. There was no improvement over night. The passing hours counted for nothing in and of themselves. At present, everything has a dull and muted flavor like paper, or the taste of your finger when you lick it to turn a page. “I see men as trees, walking.” Perhaps the miracle will be completed, though the blind man in St. Mark’s Gospel saw men as trees because Christ healed his soul first, and the Tree is the end of every man.

If I can remember that it will be healing enough.