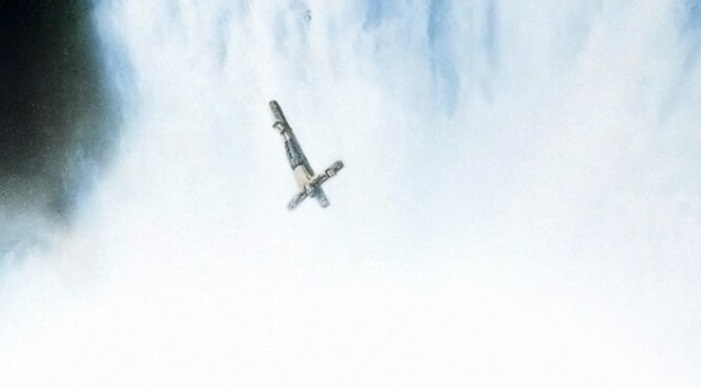 At some point in the late seventeenth century, European Christians began to wonder if religion was more trouble than it was worth. After seeing battle lines drawn along denominational lines for more than a century, the common man was exhausted by religious diversity and had begun to yearn for a public square (and city hall) where everyone simply agreed to not talk about their religion. Thus secularism was born, and religion has been seen ever since as a problem to overcome, not an asset to depend on. Today, the problematic nature of religion is so hardwired into the way we see the world, even Christians take it for granted.

Say that a hurricane was eight hours from landfall and the citizens of some coastal city had gathered just beyond the beach to fill sandbags. A reporter on the scene might take the opportunity to point out that Catholics, Presbyterians, Muslims, and Jews were all laboring side by side. “It’s wonderful,” she might say, “that all these people have set aside their religious differences to work together and save their city.” The average Christian viewing the story on television at home might think, “Yes, that is nice,” and not even notice what he had just assumed about all religions, even his own.

But in what sense have any of the people filling sandbags set aside their religious differences? They have only “set aside their differences” if we assume their differences inherently put them into a state of war with one another. However, if I were filling sandbags and the reporter asked me why I was there, I might reply, “My religion demands that I love my neighbors as I love myself.” The Muslims and Jews are free to fill sandbags for whatever reasons they want, and their reasons might be religious or purely rational, but their motivations are none of my concern. I will fill sandbags for the Lord Jesus Christ. As a matter of fact, “setting my religious differences aside” better describes stealing sandbags from the city effort and using them to save my house and my house alone.

Whenever secularists see people of different religions working together, they credit “setting aside religious differences.” Religion is a problem which rationality and common sense have momentarily overcome. The implication, of course, is that if we could just permanently set our religious differences aside—and maybe just set aside religion altogether—we could not only save the city from flooding, but cure cancer, end crime, and feed all the hungry children of the world. This was the utopian dream of the Enlightenment, at any rate.

Is religion necessarily divisive? Perhaps, though we’ve never really sorted out something less divisive to take its place. Seventeenth century secularists were confident that reason and science were more universal than religion and thus surer foundations upon which to build a diverse society. Lutherans think one thing happens to the bread and wine of the Eucharist, Catholics think something else happens, but they can all agree on the principles of fermentation. Political philosophy gave way to political science and thus statecraft was also reimagined as a purely logical enterprise. Irrational monarchies (Queen Elizabeth II) were replaced by rational republics (President Joe Biden). Despite the numerous scientific discoveries and technological advancements which followed secularism, the idea that “religion is divisive, but science is not” has been pretty thoroughly demolished over the last twenty years. Today, an acrimonious debate between a Catholic and a Presbyterian is more likely over vaccination than baptism.

The first secularists also believed the church had done a miserable job managing national hostilities and that the government would do much better. We are certainly free to judge widespread clerical incompetence for the so-called wars of religion, but World War I and World War II handily proved the government was even more incompetent than the church at “managing things.”

All this to say, I think religion gets a bad rap.

I bring all this up here because I think many classical Christian schools are similarly apt to think of denominations as a problem to overcome, not an asset. However, I’m not content that an ecumenical school really needs students or faculty to “set aside their denominational differences.”

Similarly, the differences between a Presbyterian and a Lutheran are what make the Presbyterian a Presbyterian and the Lutheran a Lutheran. There’s a difference between an ecumenical school which lets Presbyterians be Presbyterians, and Methodists be Methodists, and Lutherans be Lutherans, and a school which demands that everyone pretend to be “merely Christian” while they’re on campus. The school which requires “mere Christianity” on campus breeds disrespect and skepticism of the actual embodied churches that every student comes from. This same “mere Christianity” approach teaches students that their churches are a liability and an obstacle. It teaches the Presbyterian student that his Presbyterianism is getting in the way of his Christianity, and that there is a higher and more enlightened Christianity beyond his church which he is capable of accessing on his own. It teaches the Lutheran student the same, as well as the Baptist, and the Methodist. It ultimately primes students to give up on every church, because every church is some kind of church and every kind of church is just a little too particular, a little too exacting.

We’re not going to solve the problem of apostasy in college until we graduate Presbyterians who are Presbyterian to the back teeth.