Explore The Meaning Of Modernity This Fall 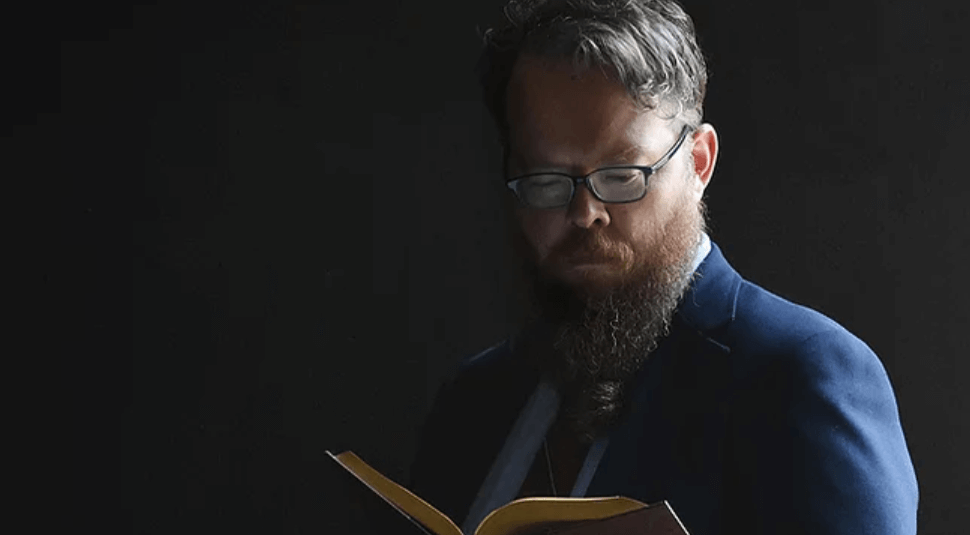 One of the most interesting differences between progressives and traditionalists is their rival beliefs about personal responsibility. Progressive philosophy is chiefly concerned with changing society, which usually entails changing other people whether they like it or not. It is difficult to imagine a lone progressive individual living out a progressive worldview in a society otherwise occupied by traditionalists. Progress requires massive fortunes, massive projects, and extensive laws to oversee it all, which makes it hard to live progressively by yourself on a Friday night.

On the other hand, a traditionalist is capable of living a traditional life in a society otherwise occupied by progressives. On a Friday night, he can read old books, listen to old music, and teach his children old truths whether anyone else in the neighborhood agrees or not. But a fellow can’t live out a heavily graduated income tax every night before bed. Keeping traditions alive is a matter of personal responsibility, though. If you put up a Christmas tree in December, you will benefit from doing so, even if no one else in town puts up one. Traditions work independently of committees and laws. On the other hand, progress will always stall until the government can force others to come along, which means less personal responsibility.

There are plenty of other ways a man can live out a traditionalist vision of the world in his own home and I am interested in examining all those ways this fall.

Beginning in September, I will explore the many distinctions between progressive philosophy and common sense in two classes I am offering through Gibbs Classical. Foundations of Modern Politics offers a deep dive into the work of Jean-Jacques Rousseau, Edmund Burke, and Karl Marx. As a companion piece, I am also offering British Ladies of Nineteenth Century. Few intellectuals in the nineteenth century understood the wretched implications of Enlightened philosophy more clearly than Mary Shelley, and few intellectuals offered a more invigorating counteroffer to Enlightened politics than Jane Austen.

The point of these classes is to help students—whether they are fifteen or fifty—develop a coherent philosophy of life which can unify aesthetics, taste, maturity, and Christian morality. As opposed to seeing preferences in music, fiction, and film as separate matters from political and moral issues, the modern Christian must learn to see that taste and wisdom are joined at the hip. One of the best ways to do this is to return to the literature of late eighteenth and early nineteenth century, the point at which progress and tradition became two radically opposed ways of life. This fall, I am offering two classes which take students back to this split. Whether you take the classes or not, encountering the division for yourself in the writing of Rousseau, Burke, Marx, Austen, Brontë, and Shelley will prove immensely valuable. The best way to seek cohesion and unity is to begin again, to go back to the source.

In the spring, I am once again offering a course on Dante’s Comedy for anyone, young or old, who wants to take a trip through the greatest Christian poem ever written. As a companion to the Comedy, I am teaching Modern Romance: The Cult of Courtly Love in Theory, Literature, and Film, which will examine the origins of courtly love and trace the cult of romance through the twentieth century. The class is ideal for high school students (or their parents) who have lately begun taking romantic love seriously, are looking forward to marriage, considering how best to prepare for it, and are also attempting to navigate the deluge of lies about sex, love, and romance with which popular culture wars against our souls.

As with last year, all these classes are available at the auditor level ($265) and the student level ($325). The auditor level is ideal for working adults who want to continue their education in the classics, and the student level ideal for homeschooling families with children in high school. Registration is now open for all classes at Gibbs Classical.