In Defense Of George Bailey 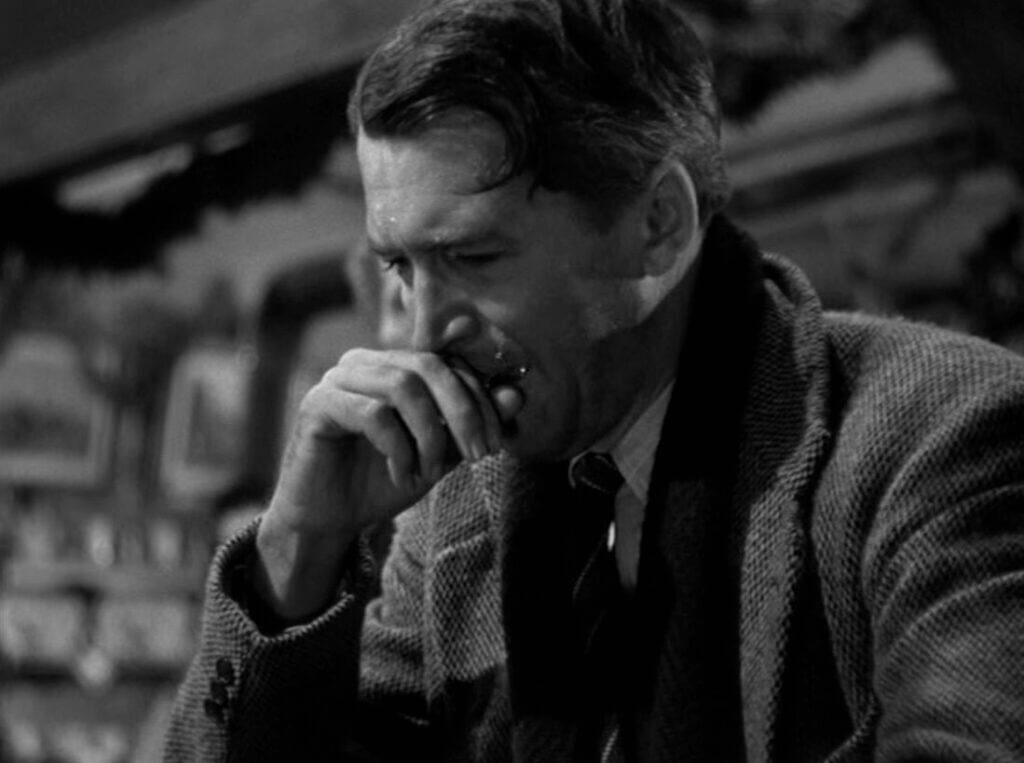 Any debate about the merit of It’s A Wonderful Life is, by this point, largely superfluous. While there is no cinematic equivalent of Homer, if there were, it would be Capra’s 1946 Christmas classic. 72 years is a long time for a pop culture artifact to last. Consider for a moment that the best-selling book of 1946 was Frederic Wakeman’s The Hucksters, and that title has never been reprinted. First editions currently sell on Amazon for about a dollar. Of course, Hitchcock’s Notorious was also released in 1946, and while that film still plays well, it isn’t showing at hundreds of theaters across the globe this week, from Richmond, Virginia, where I live, to Paris, London, Milan, and Berlin.

Despite the universal acclaim Capra’s film has garnered, come December, the naysayers have their naysay. As I see it, there are three kinds of Wonderful detractors. The first kind claim the film is cheesy, the second kind claim the film is theologically or philosophically dubious, and the third kind are zeitgeisty gremlins who snivel and whine that everything more than ten minutes old is racist and chauvinistic. So far as I am concerned, the third kind can sit on a tack, and the first kind tend to be garden-variety dads who also complain Christmas is overly commercial. It is the second kind of naysayer I worry about.

I should clarify that last point, though: I do not so much worry about the second kind of naysayer as I do about the naysayer’s wife and kids and Twitter followers. As a defender of every traditional and quasi-traditional Christmas thing known to man, my concern is that philosophical or theological attacks on the film will needlessly complicate the common man’s confidence in its goodness. History grinches and culture grinches already want the common man to feel a little guilty about celebrating Christmas, for this is the real intent behind all those badly-researched articles which declare Christ was not really born on the 25th or that Christmas was originally Saturnalia. In similar fashion, the common man cannot refrain from tears at the generous conclusion of It’s A Wonderful Life, though I fear those tears might trickle to a halt on subsequent viewings if theological arguments against the film are taken too seriously. Unlike bad cash-grab Grinch remakes or the terrifyingly vapid Love Actually, It’s A Wonderful Life is not a guilty pleasure, but a pure one.

The theological objections to It’s A Wonderful Life range from the petty, by which I refer to the depiction of God and His angels as casually chatty points of light, to the more predictably Lutheran protestation that the final half hour of the film aims to prove that George Bailey was not an abject sinner, but a good man whose good works earned God’s favor. To be frank, I don’t think the first objection worth dealing with. It’s the second objection which has some real teeth.

Having seen the film a dozen times since I was a kid, I simply cannot accept the claim that the hero is presented as some kind of faultless human being (that would be his wife). The Lord loves a cheerful giver, but He’ll take a reluctant one like George Bailey. George’s plans to make a name for himself are foiled year after year, and George does not take this in stride, but his frustration mounts until he begins lashing out at his friends, his family, and himself. Shortly before George goes out to kill himself, he shouts at his children and Mary asks, “Why must you torture the children?” The question is not phrased in such a way as to suggest George’s angry behavior is uncharacteristic, but that it has been this way for a while. Thus, Clarence the angel does not come down to prove to George that he is a good person, but that his good works have been seen by his Father in heaven. His good works have not saved him, for Clarence comes at the behest of George’s family and friends, who pray with earnest supplication that God will “watch over” George and “help him.”

Some viewers object that Clarence’s work merely plays to George’s hubris, and that as opposed to George coming to God, George merely comes to himself in the end. However, the idea that George has not already come to God is usually extracted from a single line in his suicidal prayer wherein he claims he is “not a praying man.” This is a curious claim, though, given that he is twice described in the film as going to church to “weep and pray” on momentous days of World War II. His wife prays, his kids pray, and George prays occasionally. Less some awful Fireproof-esque “come to Jesus moment,” George Bailey is a lifelong Christian who simply doesn’t go to church very often.

As for the criticism that Clarence comes to flatter George, it must be noted that Clarence doesn’t so much show George the world without him, but the world as it would have been had George gone off and pursued all his vainglorious plans of fame and fortune. Clarence does not come to tell George he should count his blessings and then name all the pleasant things still at play in his life, like his pretty wife and his house and his decent health. As Boethius shows in The Consolation, counting your blessings is a fine thing to do when the chips are up, but when the chips are down, counting your blessings is a distraction from the more dire need to make your petitions known to God. If a man counts his blessings in the midst of his trouble, he might forget his trouble and forget to beg God to arise and scatter His enemies. If you would not pertly respond, “Count your blessings,” to Christ on the cross after He bellowed the cry of dereliction, then do not tell others on their crosses to count their blessings. Be the blessing. “Count your blessings” is just a pious veneer to put on “Physician, heal thyself.”

Rather, Clarence insists that George should be grateful for all the good things God has done through him. At the film’s denouement, Clarence says “You see, George, you really had a wonderful life.” The word “had” is key, for after recounting the good things George has done, Clarence does not declare George a “wonderful man.” In performing his wonderful deeds, George has received the wonder of God. When Clarence returns George’s life to him, it is with the tacit charge he not become weary in doing good.

If Clarence’s experiment with George seems impious, it is Christ Himself Who first opens up the question of whether the world is better off with all the people who presently occupy it. As for Judas, Christ declares that “it would have been better for that man if he had not been born.” If this claim does not challenge the sovereignty of God, then neither does Clarence’s assertion that the world would have been worse had George never been born. Having seen the world without George Bailey, we are left with the embarrassing question of what the world would be like without Potter (way, way better), and the introspective question of what the world would be like without ourselves. Clarence sets the bar high, though, and does not justify George’s existence merely on the grounds his kids are cute, and that Zuzu is pretty cute.

When the credits roll, the viewer is not so much proud of his own life as he is grateful that people like George Bailey exist. The viewers feels the weight which Clarence has placed on George to be virtuous, and to “use worldly wealth to make friends, so that when it is gone, you will be welcomed into an eternal home.” Out of Christ’s strangest parable comes cinema’s most enduring film.