A Classical Education Is Not About Finding Your Passions 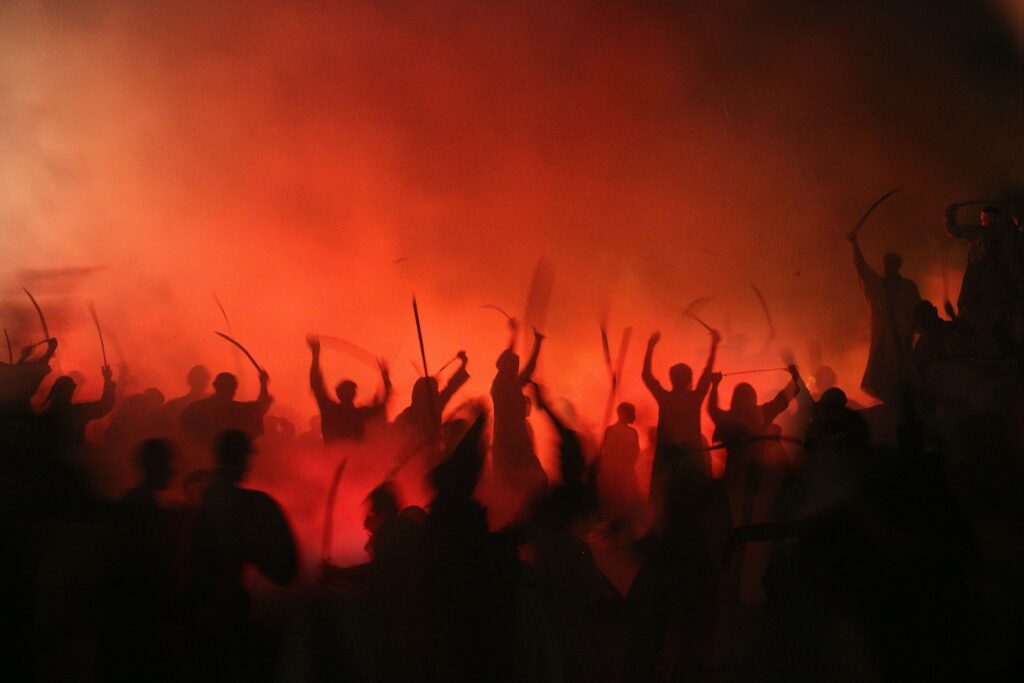 Gibbs: Allison is having a fine year. She’s interested in class, makes a lot of thoughtful comments, and seems to really enjoy school.

Parent: That’s good to hear. Her mother and I are both excited that she’s here and that she’s figuring out what her passions are.

Gibbs: What do you mean by that?

Parent: I mean finding out what sort of things she loves.

Gibbs: Would you mind explaining a little further?

Parent: It’s a common phrase, no?

Gibbs: It is, but I’d like to know what you mean by it.

Parent: I mean this school is offering Allison a wide range of books to read, arts to practice, subjects to study. She’s a little interested in everything. She’s figuring herself out, which is a delight to see. But I imagine that you hear this sort of thing all the time. High school is the time and place to figure out who you are and what you love.

Gibbs: No, I wouldn’t say it’s the place to figure out who you are and what you love. At very least, a classical Christian school isn’t that sort of place. I think that plenty of public schools bill themselves that way. Perhaps some Montessori schools do, as well, but not classical schools.

Parent: Sure, I’ve heard that before, but don’t you care about students finding out what they love, too?

Gibbs: I don’t object to it, obviously, but it’s not a priority. I have far bigger fish to fry.

Parent: Bigger fish than helping students figure out what they love?

Gibbs: Don’t get me wrong. I want all my students to find satisfying careers, and I hope they can all find happiness in whatever work they commit their lives to. At the same time, a classical school is a place for people who already know what they love—and know what they ought to love. It’s a place for people who know they don’t love the things they should love, or that they don’t love them enough, or that they love unimportant things entirely too much. I’m less concerned with helping students find their passions and far more concerned with helping them love God rightly, love their parents rightly, their friends, their neighbors, and their enemies.

Parent: But there’s no one right way to love God.

Gibbs: What do you mean?

Gibbs: So, the various subjects taught in school are just so many buffet trays, and a student spends twelve years trying to decide which of them tastes best?

Gibbs: And for the student who finally decides he likes math the best, and that he wants to major in math—all the literature classes and art classes were ultimately unnecessary?

Parent: Don’t look so offended, Mr. Gibbs. When was the last time you used your high school chemistry class for anything? Isn’t it rather obvious that literature stuck and science didn’t?

Gibbs: Do you think it’s possible to teach a chemistry class in such a way that it helps students who ultimately become lawyers or plumbers?

Parent: You tell me.

Gibbs: Do you think there’s a point to meeting new people, conversing with them, hearing them out, and befriending them, even if the friendship isn’t going to last a lifetime?

Gibbs: That is far more how I see the time I spent in chemistry class back in high school. I don’t “use” high school chemistry today, but neither do I “use” my high school friends. That hardly means those friendships were a waste of time.

Parent: Fair enough, though you seemed to bristle at my assertion that there is no one right way to love God.

Gibbs: There’s some sense in which I believe that. Every human being is different, obviously, and every individual has their own unrepeatable personality, their own unique set of talents and temptations. But there is also a sense in which every human being is the same. Every human possesses a human body, a human nature, and an eternal soul which must be cared for. All human beings must be courageous, wise, faithful. Classical education is far more concerned about the ways all students are alike than in the ways all students are different. It’s for this reason that students wear uniforms. It’s for this reason the literature teacher has all the students read Paradise Lost, and the biology teacher has all students learn the structure of a cell, and the math teacher shows all the students how to do long division.

Parent: That doesn’t leave much room left for self-expression.

Parent: But you wouldn’t say finding your passions is wrong.

Parent: Isn’t it? Aren’t you passionate about teaching? Can you imagine having to pass your life as a cashier?

Gibbs: If I had to be a cashier, the things I’ve learned from classic literature have taught me how to find contentment in such work, even if I would rather be doing something else.

Parent: But you would miss teaching, of course. You wouldn’t find the life of a cashier fulfilling. Your passion is teaching, right?

Gibbs: Do you have any enemies?

Parent: I don’t know about enemies, but I’ve certainly worked with people over the years who despised me and tried to make my life as difficult as possible.

Parent: No, that’s not what I think.

Gibbs: Of course not. The problem is that they never learned to govern their passions.

Gibbs: There are plenty of people who find their passions who are miserable. Think of how many young men are desperate to get into the NBA or the NFL. Who would dispute that the few men who actually make it into the NBA have found their passion? And yet consider how many NBA players retire after five seasons and are completely broke and miserable before they turn thirty. Or consider how many fathers are passionate about their careers, but neglect their children, and bore their wives.

Parent: Those people should be more passionate about their families.

Gibbs: I entirely agree. They should be more passionate about their families. It’s not really a passion, though. It’s an obligation. It’s a duty. It’s a command which must be obeyed. “Finding your passion” assumes that your ultimate good comes from within you, you simply have to discover it. A classical education presumes that your ultimate good comes from without and that you must struggle to reconcile yourself to that good. Family obligations are just the beginning, though, because there are hundreds of other obligations, duties, and commands to fulfill. A classical education is committed to all the ideas, habits, paintings, symphonies, philosophies, novels, proofs, poems, and theorems which help us fulfill those duties.