Wild Yeast, the Wisdom of Bakers, and the Kitchen as Classical Classroom 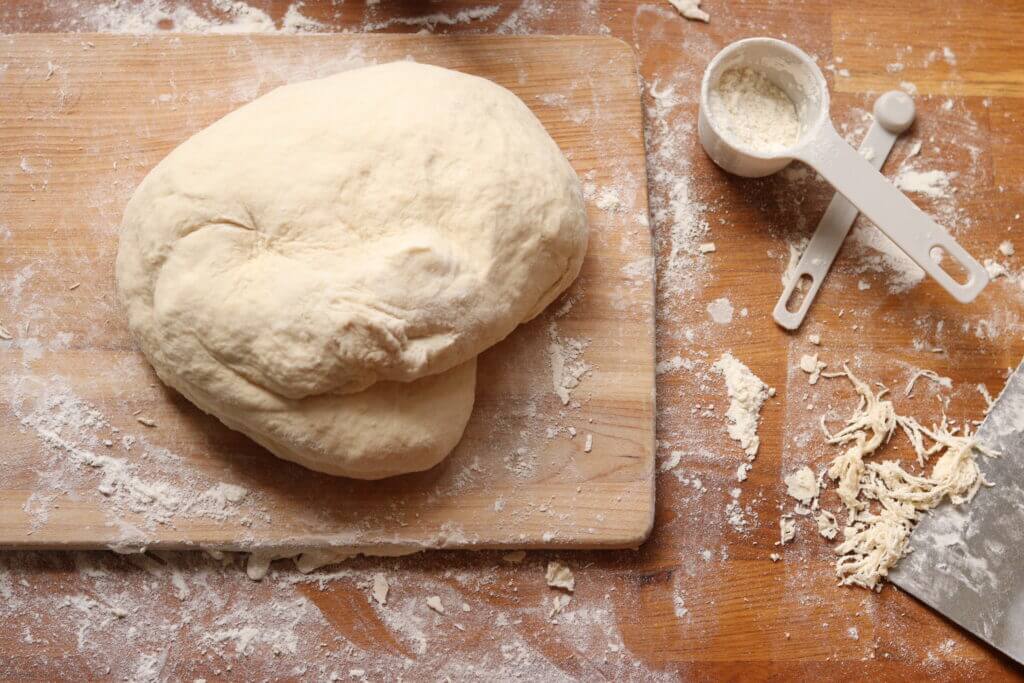 I have been learning, this month, to make sourdough bread. Perhaps you’ve eaten it. I doubt, though, you know what it takes to bake it; I, at least, did not.

It was all supposed to be a jolly jaunt into a new region of cookery—a little reading, a little experimenting—and then, in short order, that wonder of a lump of flour-water-salt puffing into man’s most basic staple and most mystifying culinary marvel. But, at around week number three and flat-bread-brick number four, my jaunt morphed into a quest. Not, as you might guess, for the Perfect Loaf; that might be the baker’s Holy Grail; but I am still more teacher than baker, and what has come to fascinate me most in this sourdough saga is the way it is re-forming my idea of learning. By the time I pull a steaming boule of doughy gold from the oven, I’ll have not only learned to bake bread; I will have learned, yet once more, how to learn.

It was love that moved me to try, love for a nearly-lost art that has sustained generations before ours, and love for a few folks in my family who can’t handle gluten (the gluten in sourdough bread has already been broken down through fermentation, and is therefore easier to digest). And isn’t it always love that starts us off on real learning: love for the people who are trying to teach us, or the people with whom we hope to share our new knowledge, or, most captivating of all, love for the ideas themselves?

But, though love is the needed catalyst for true learning, it’s not the sole ingredient in this alchemy. Love brings us to the labor of learning—but then begins the sheer labor.

I’m generally handy in the kitchen; I enjoy trying new cuisines and techniques; and I’ve already gained competency in a few that I’m rather proud of (brewing water kefir, culturing yogurt and sour cream, baking gluten-free). Sourdough did not intimidate me, as, in fact, it ought to have.

What sets sourdough apart from other breads is the way it is leavened. Most of the breads in your local grocery aisle are made with dry active yeast—teensy pill-shaped granules that, when sprinkled into lukewarm water and kneaded through bread dough, leaven the whole lump and cause it to rise with a fair degree of reliability and quickness. But dry active yeast is an industrial product; isolating yeast by itself, while preserving its activity in a dried state, is an accomplishment requiring the precision and control of modern machinery. For all the ages in which men were often pretty nearly sustained on bread alone, dry active yeast wasn’t available. Leavening had to be accomplished in other ways.

And, as could be predicted, those ways were wild, poetic, happenstance, so natural they were miraculous—more dance than formula. Who was the first to accidentally spill beer into batter, cook it anyway, and, astonished, watch it spring up in the oven? Who thought that the mashed fermented grapes, so delicious to drink, could raise bread as well? And who ever came up with the idea of setting a bowl of water and flour out in the yard, leaving it for a few days, and then kneading the resultant puddle of wild yeasts and bacteria into their dough for dinner?

Believe it or not, that latter improvisation is what, even today, leavens sourdough bread. You can do it at home, catch the yeast and begin fermenting it into a proper sourdough starter (a bit of reserved dough filled with active yeast and bacteria, which you feed twice a day, and scoop into your bread dough when you wish to bake). Bread baked from such a starter is about as local as it comes: it will have a flavor and texture that, though recognizably “sourdough,” is utterly unique to your place, coming, literally, out of its air. Alternately, you can order starter from any number of baking companies, and the name of the starter (e.g., the “San Francisco Sourdough” featured in many bakeries) will tell you where the yeast from which your starter is descended was first caught.

That much I knew when I ordered a packet of dehydrated starter and began following the 3×5 instructional card that purportedly contained “Tips, tricks, and everything you need to make it yours!” And, that much knowledge gained me the four flat-brick loaves. So, like anyone these days trying recapture a lost art, I started Googling and YouTubing.

And here is where the learning reformation began. I started out with the rather un-classical idea that learning, in the case of sourdough baking, entailed finding information, comprehending that information, putting into practice the steps it advised, and immediately reaping (or rather, munching) the results that the informational source guaranteed. Couldn’t I have thought about it a minute and realized that this sounds rather like buying a textbook, comprehending the information in the textbook, taking a test on that information, and therefore gaining college admission, career success, and general life-happiness?

Well, since I did not think about it, I conclude that my ingrown idea of learning is not so classical as the one I aspire to. But my initial failure, and the incremental improvements following my change of approach, bear witness that the classical idea does indeed describe the true substance of learning: nothing like a tussle with tangible, eatable reality to instruct you in the way things really are.

I don’t suppose that you are hoping, from this ramble, to learn how to make sourdough bread. So I will spare you the intricacies by which I’ve been tuning my learning into harmony with the realities of sourdough’s measurements, ratios, temperature, timing, techniques. But here, in short, is what I have been learning about learning.

Firstly, sourdough baking is more craft than subject, and I think that this is true of all real learning. It is gotten, not through taking a course, but by becoming a disciple or apprentice; it is more about catching a feel than applying information—that is to say, its final goal is not knowledge, but wisdom. Knowledge is comprehension of facts, laws, and their logical relationships of contradiction, inference, implication, and so on; wisdom is the ability to work among, to live out, these facts and laws in a particular time and place.

Thus all bakers are wise men. Every baker has his own method, which he might be able to describe for you in precise language: mix so many grams, allow to sit at such-and-such a temperature for this many hours, etc. But every baker’s method, spelled out this way, is different—for every baker is describing for you the precise steps of the dance he’s choreographed amongst his own unique ingredients, place, and person. There are nearly uncountable variables baked into every loaf of bread: kind of flour, way flour was milled, temperature of place, temperature of kitchen, temperature of oven, humidity of climate, altitude of region, strength applied in kneading, and so on and on and on. And, because these variables vary not only from place to place, but also from day to day, the skilled baker does not rely on measurement as much as on perception. Read a baker’s sourdough instructional blogs and you’ll encounter advice like, “Mix to the consistency of pancake batter” or “Knead till dough is smooth like a baby’s bottom.” But, as one baker insightfully warned, perception-based guidelines like these are simultaneously almost completely accurate and completely untransferable. Once you have felt the dough and picked your metaphor, you’ll be able to reach the right consistency nearly every time. But your metaphor will not be much help to the person you are trying to teach: he needs to feel the dough itself, to learn by perception, not abstraction—to become wise.

Secondly, therefore, because real learning aims at wisdom rather than mere knowledge, it follows that its attainment depends not so much upon native skill as practiced virtue. Learning as an apprentice from a master requires the virtues of humility, submission, trust, faith, gentleness, respect. Learning to get the feel of something requires the virtues of patience, perseverance, hope, faithfulness, discipline, self-control. Some students have a quickness about comprehending information. But nearly all students gain virtue through long, slow, hard, repeated failures, followed by chastenings, followed by renewed efforts, finally met by some success. Patience must have its perfect work; and any baker who produces a perfect loaf must, insofar as his bread is concerned, be a virtuous man.

And, lastly, as that perfect loaf bears witness, the proof is in the pudding: a baker’s mastery of learning is measured only by the loaf he bakes, as a student’s can be measured only by the life he lives. Bakers don’t get grades, and the only reason students often do is because the fruits of their engagement with reality mature over such a longer time than the rising period of a loaf of bread. At best, grades are a prediction of harvest; we too often tout them as the bringing-in of sheaves.

The loaf I took from the oven this afternoon is, by far, my best to date . . . and it has yet a ways to go. As, I am sure, does my ability to learn. But glory be for the goodness of fresh-baked bread, and for the beauty of reality, and for the ever-open invitation to plunge into it, and learn through crafts and trades and studies the wisdom and virtue that call its dance.