Procrastination Is Not “Cool” 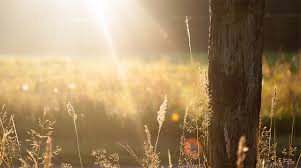 Once upon a time, when I was a little girl taking piano lessons, I noticed it was “cool” for the older students, after delivering an impressive performance of a Beethoven sonata or Rachmaninoff concerto, to rise with an air of lazy nonchalance, saunter back to their seats, and casually mutter, “Only got to practice two hours this whole week.”

A little later, as a college freshman, I noticed it was “cool” for the upperclassman to breeze into class, shuffle through their backpacks, pull out a thick sheaf of pages blazoned with some impressive title, shove the thing over to the professor, and then whisper to anyone seated nearby, “Phew, started that at midnight last night!”

And now, as a teacher, I notice it’s “cool” for my students to trudge to their desks, flop into their seats, and groan with evident satisfaction, “Another all-nighter last night for your essay, Miss Brigham . . .”

Why is work done hastily and with minimal effort considered “cool”? Lectures against laziness and procrastination fail to solve the problem, for laziness and procrastination are mere out-workings of a more fundamental principle—a principle that I, too, have unwittingly embraced and repentantly confess amidst my besetting sins: namely, that something accomplished with little effort brings more glory than something accomplished by great labor. Though it’s been culturally in vogue for the last few centuries, this principle perpetuates unsound pedagogy and ungodly worship.

The literature of the ancient and medieval worlds everywhere brims with respect, even awe, for the labor behind an accomplishment. Hercules’ labors are, well, laborious; Odysseus’ homecoming is a travail; Daniel prays long and fervently before receiving an interpretation of the king’s dream; the knights of the Round Table bear the scars of their triumphs; Roland battles to the death. Twelve chapters of Exodus describe the Tabernacle’s construction in painstaking detail, and the craftsmanship of Achilles’ shield is described with an intricacy that tests the patience of modern readers. The accomplishments themselves are great, yet they are magnified by the recounting of their labor.

In the modern world, however, the labor behind accomplishment is not so honored. The transition finds voice in the famed 1801 “Preface to Lyrical Ballads” of William Wordsworth and Samuel Taylor Coleridge, who redefined poetry (which, like all the arts, had historically been viewed as a product of laborious, disciplined craftsmanship) as “the spontaneous overflow of powerful feelings . . . recollected in tranquility.” Expression was substituted for craft, spontaneity for discipline—not only as a change of definition but also a change of values, and not only in the arts, but in all spheres of accomplishment.

Heirs to Romanticism, we have inherited this valuation. Though we do genuinely admire those who accomplish great feats through hard work (and repeat this narrative often to our children and students), yet we seem to feel more intense admiration for those who accomplish similar feats effortlessly. We laud the genius and the prodigy over the artist, and aspire to be Multi-Taskers rather than Renaissance Men.

Meanwhile, the most of us who are neither geniuses nor prodigies must justify our labor as best we can. Some of us indulge in procrastination, which, because it necessitates finishing a task in a short time, gives us the rush of feeling that our accomplishments were effortless—when really, our efforts weren’t accomplished. Others of us perpetually fret over the amount of labor we invest, considering its expenditure a sort of failure, a proof that we are not using time wisely or working well. Others of us practice resignation—perhaps even tinged with the biblical accent of William Butler Yeat’s lovely poem “Adam’s Curse”: “It’s certain there is no fine thing / Since Adam’s fall but needs much laboring.” “Much laboring” is here submitted to with humility and forbearance, but is attributed to the Fall, and thus still seen as a curse.

Yet, while of course the Fall and its curses have marred the labor behind accomplishments, before ever they came to be, God was working and the work was good. Could it be that this “work” includes, not only the finished accomplishment, but also the labor behind it? Could it be that, for the Creator Himself, the time and labor lovingly given to creation magnifies its goodness? That not only since Adam’s fall, but since the first glimmer of light, there’s no fine thing but needs much laboring—and that this is glorious?

If only we believed so, how different our ways and views of labor would be. We would delight in the long task and the life’s work. We would relish the beauty of the tools we use and the crafts we pursue, admiring them as good in themselves as well as good for a purpose; we would cherish rather than trade them to whatever shortcut or machine promised to reduce our labor. We would disdain procrastination. We would not fret when tasks take longer than expected. We would wonder and we would rejoice that we are permitted, invited, to imitate God Himself in our labor.

We would teach differently. We would, as Andrew Kern admonishes us, compliment students’ virtues rather than their talents—the skills they have developed through labor, rather than the activities that come easily to them by nature. For the teacher, this would require a long view of teaching, a learning posture, and a diligent memory: we couldn’t glibly hand out compliments at the beginning of the year, but would need to learn each student, assessing his or her talents and struggles, and then, as the year progressed, compliment each demonstration of growth in the struggle. We would no longer write general affirmations of the “You’re a great writer!” variety on any essay, but would be more particular: “You’ve expanded your range of diction in this piece, and it brings so much color to your writing!”

We would discipline differently. When students bring their procrastination or their complaining or their work-is-bad perspective into class, we would not merely lecture on The Effectiveness of Time Management or The Sin of Complaining, though these have a place. But we would seek also to model and to speak to our students of the goodness of labor, of the glory it adds to accomplishment, of its opportunity to imitate God—to be godly.

And, most significantly, we would worship differently. We would worship like King David, who vowed, “I will not offer burnt offerings to the LORD my God that cost me nothing,” and like the widow praised by our Lord for giving all that she had, and like the servants who “work heartily, as to the Lord and not to men”: we would worship through a lifetime’s humble labor, offered not in fretting or begrudging, but in joy.