Why The Non-Catholic Weeps For Notre Dame, Too 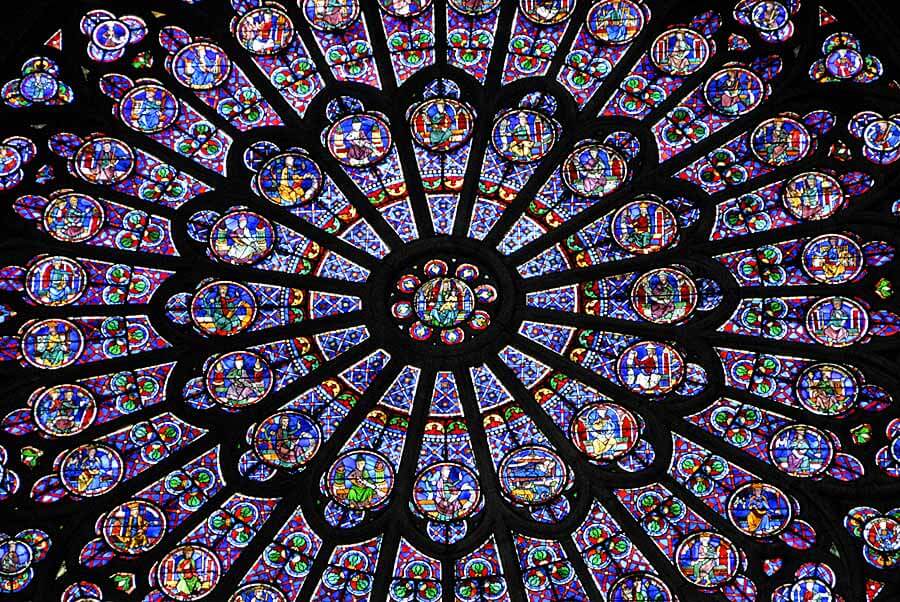 Today, a great many Protestants and Orthodox Christians watched Notre Dame burn. They sadly and soberly lamentated the loss of a building at once so beautiful and yet so old. By the evening, word came that a portion of the cathedral had been saved. Here was a little relief, though I was reminded of the fire which destroyed St. Sava’s cathedral in Manhattan back in May of 2016. On the day it burned, I spoke about St. Sava’s with a friend who lived in New York, and while he was not Orthodox, the conversation concluded with his saying, “What a shame.” I was moved by the simplicity and unfeigned disappointment of his words.

Some of my friends who expressed remorse at the burning of Notre Dame are not simply Protestant, but defiantly Protestant during arguments with Catholics over doctrinal and historical matters. Their remorse, then, was not simply good manners, for I have seen the same people willing to be blunt, unyielding, and not particularly diplomatic when discussing, say, the celibacy of priests or the perpetual virginity of Mary. Nonetheless, these same friends expressed not just remorse, but a sense of personal loss at seeing Notre Dame burn.

While I have never been to Paris, Notre Dame has figured significantly into a number of lectures I give on Medieval history. As a Medieval apologist, it has frequently been my place to argue to students that Medieval men and women were not the dirty, backwards, uneducated brutes which modern secularists commonly make them out to be, and I have often used both the Chartres Cathedral and Notre Dame as proof of this claim. I am not Catholic. I am Orthodox, but while Notre Dame was someone else’s church, it was also a testament to the enduring goodness of a Christian society. The venerable age of Notre Dame, coupled with its spellbinding beauty, made it a little harder to believe the lie that the Middle Ages were “a world lit only by fire.” Notre Dame was built five hundred years before small-minded Christians reduced Christianity to religion and decided the public square was no place for it. While the builders of Notre Dame could not have known it at the time, their cathedral would not simply stand the test of time, but would become gloriously, obstinately anachronistic. Notre Dame was not “a Christian community,” nor “a place of faith,” nor “a faith community.” Notre Dame was a church, and not just a church, but the absolute churchiest kind of church there is.

During Lent, several Orthodox mid-week services top two hours, and after a long day of work, I am rarely in a frame of mind to pray. I stand, I sing occasionally, pray occasionally, and my mind wanders from serious concerns to frivolous curiosities. I am tired. I am bored. I am anxious for the work which awaits me when I return home and thoughts of this work dominate my thoughts even while the epistle is read and many litanies are offered. On such occasions, I am in Church neither for God nor myself, but for everyone else in attendance and anyone who happens to drive by the building.

Every man must invite God to dwell in his heart— not just once, but every time he offers real repentance— and such loving communion with God is the highest and greatest labor which any man can perform while standing in the nave. However, I am convinced this is not the only work which can be offered in the nave. There are lesser tasks, one of which is to confirm for the faithful that they are in the right place, doing the right thing. There is strength in numbers, and even when my soul is too weak to pray, my body confirms to those around me, “We should go to Church. We should pray. These are the human things.” On nights when I cannot pray, I am at least content to be young, to bring my little family to worship, and, by my very presence in the nave, to communicate to the elderly in attendance, “Keep praying. Your prayers are being answered. God is sustaining us.” I am happy to add my car to the parking lot so that those who drive by the Church will say, “Look, people still worship God. Despite how terrible and complicated the world has become, people still worship God.”

The loss of Notre Dame, or huge portions of it, stings even the Protestant and Orthodox Christian because cathedrals are physical manifestations that worship is one of the human things. Cathedrals are silent arguments and wordless syllogisms which make it easier to believe. In an alternate universe, wherein the Enlightenment never took place and atheism never became acceptable, the loss of Notre Dame would not hurt so much. Quite a lot can be said about the dwindling health of Christianity in Europe, and it is not unfair to point out that the faith of Parisians is simply one of many things in Paris which Notre Dame outlasted. Yes, Christianity will go on. No, no one died. Nonetheless, a very old and very good thing which testified to the power of piety and the sanity of beauty has been irreparably marred. What a shame.