Where Does An Unhappy Life Come From? 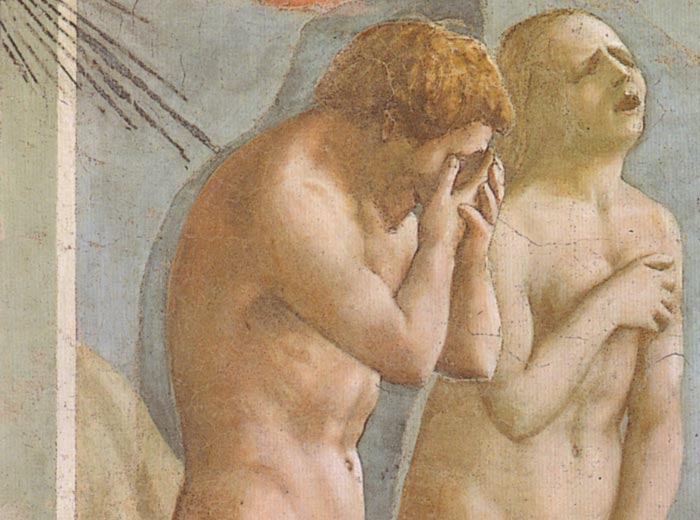 By the time a man is ten years into his career, he will have professionally encountered a few people who cannot stand him. A man makes his way in the world, sets goals, refines his methods, and in the midst of it all, at least one person with whom he has a professional relationship will say, “I do not like you and I intend on doing something about it.” Politicians meet such adversity every day. Missionaries often meet such adversity. So do classical educators.

The nuanced and weighty work of education gives teachers and parents many reasons to disagree and many ways to do it. I would like you to imagine a particularly acrimonious disagreement between a theology teacher and the father of a sixteen-year-old boy. Since this is only a hypothetical disagreement, let us imagine it going as badly as a disagreement can possibly go. The teacher is accused of proselytizing, the boy’s father is accused of instigating a witch hunt. Reinforcements and witnesses are called in. Ye Olde Recorde of Wronges is pulled from the shelf, dusted off, and a long series of unrelated accusations are made by one and all. Face-to-face meetings culminate in shouting matches, fists pounding on tables, tears, altar calls. Other salient details of the rumpus include non-physical threats, lawsuits, actual finger-pointing, potential board resignations, long e-mails with certain words in ALL CAPS, other words in bold, and passages from Scripture about hardheartedness in caps, italics, and bold AT THE SAME TIME. Grown men can also be heard angrily shouting “Unbelievable!” at one another across the parking lot before and after school.

Let us suppose that both the teacher and the father are sat down in separate rooms, or separate buildings, if need be, and that each party is asked to describe the sins of the other. A short list of the various judgments made in these interviews include arrogance, hard-heartedness, pride, malevolence, bitterness, sloth, ignorance, belligerence, self-righteousness, self-loathing, and halitosis.

Perhaps there is nothing particularly surprising in the story at this point. However, after the accusations are collected, the interviewer presses forward with the question, “And how do you think the father/teacher became like this?” Such a question requires a bit of rumination, but both fellows finally return the following thoughts about one another:

He was probably praised too little as a child and is desperate to prove himself.

He was probably praised too much as a child and is overly accustomed to getting his way.

He goes to a church which values grace cheaply and thus he does not care about pursuing kindness and open-mindedness.

While a young man, his parents guarded him from the consequences of his bad behavior; this has led to a cavalier approach to the world.

He is overly sensitive, probably because he reads wussy books and listens to too much James Taylor. He simply doesn’t like the fact there is conflict in the world.

As an adult, his success in the world has made him accustomed to getting what he wants.

He is closed off from the world, unaware of what other people believe, and thus incapable of judging just how offensive his views are.

He was sheltered as a child.

His wife is a pushover. Had he married a Jael or a Jane Eyre, he might not whine about not getting his way so much.

His parents set a bad example for him; in his unkindness and pigheadedness, he is merely imitating what he saw.

His friends are cruel.

He was an only child and never learned to share.

I would like to grant that either one of these men might be right about the other. The point of this article is not that we are all equally miserable sinners, for some men are courageous and virtuous and other men are unhappy cowards. But how does a man become a miserable, self-centered wretch bent on destroying the happiness of virtuous men? Any and every suggestion given above could be an apt indictment. Despite the somewhat glib tone of this little essay, I think a great many men are set on a path to misery quite early in life. I do not believe that good men suddenly and arbitrarily become profoundly selfish at the age of 41.

However, between the hypothetical teacher and father, I think it significant that neither would say, “Well, Jones turned out to be an unhappy bully and I am sure it all began with that B- he got in Chemistry during his sophomore year of high school.”

It is only natural that, having met someone who is unhappy and bent on the unhappiness of others, we should wonder the cause. A man with a strong mind is not content with appearances, but delves deeper, and so we want to know why some men are happy and kind, while others are vindictive and glum. This is not judgmental, but wise.

On the other hand, when we meet a man who is true, honest, faithful, kind, and generous, do we not wonder how he attained such virtue? When we encounter a man who is good, what do we assume about his path to goodness? We imagine his parents disciplined him, did not praise him too much or too little, that he was taught to share, that his church has a sound philosophy of faith and good works, that his father modeled respect for women, that he was not spoiled, that he was appropriately restrained from needless pleasure and judiciously rewarded for virtue, that he was not sheltered like an exotic flower but allowed to fail and pick himself up again… We do not first assume good men aced Chemistry back in high school.

Nonetheless, an impression persists among many involved in classical education that a high GPA leads to earthly success, and perhaps spiritual success, as well. However, the parents who believes their son needs a high GPA in order to become a happy adult will not readily assume a happy adult had a high GPA in high school. When a grown man is happy, we assume he was “raised right,” not “good at science.” Similarly, when a grown man is wretched, we assume he was “raised wrong,” not “failed math.” When presented with the rare mystery of human contentment, it strikes us as implausible such a thing derives from merely having achieved a 98% in Geometry back in 1989. I am not entirely content the argument I am making is ideological at all. What I really wonder is whether any correlation can be made at all between a high GPA in high school and happiness or success twenty years later. The good grades achieved in high school are a strong indicator of… what exactly by the age of 30? I have seen a lot of classical school graduates in my time, and I have no way of answering this question.

While there is doubtless a connection between hard work and contentment, the connection between hard work and “good grades” is more tenuous, for “good grades” often means an A- as opposed to a B+ simply because that’s where the transcripts turn from 18k gold to 24k gold. However, if a student labors for a 90% as though the number represents the threshold at which mediocre, unsatisfying lives become blessed, what absurd materialist notion of happiness has been sold to this child? No physical object grants contentment, though the belief that contentment rests in the possession of a material blessing is the source of great unhappiness and confusion.

Nonetheless, classical schools give grades, which means no classical teacher may entirely dismiss the matter of grades without speaking out both sides of his mouth. However, the classical teacher would do well to ask parents and students alike to meditate on the fact we don’t naturally assume heroes were valedictorians in high school, and neither do we assume villains were dunces. If grades (not hard work, but grades) figure at all into human happiness and success later in life, we should admit that they play a very small part, and that a great many concerns of youth are far more significant in determining adult happiness than getting an A or a B in Chemistry. Consider for a moment that in the last 60 years, the average grade given out at American colleges has risen from a C+ to an A-. Is America now a happier, more successful place than it was in the 1950s? Are we so much smarter, so much wiser, so much more content with our lot now that we all have such high marks? But human happiness and contentment is a far more complex, spiritual affair than mere good grades can deal with. Off the cuff, if you asked me what attributes of a high school student were the strongest indicators of contentment and success in adult life, I would say students who befriended their instructors usually did the best. I would bet on the students who came back after graduation and regularly kept in touch with their teachers— the students who no longer had anything to gain (so to speak) from their teachers, but listened anyway.