When Should You Begin Listening To Christmas Music?

With bonus arguments about pop Christmas music and why children love Christmas so much. 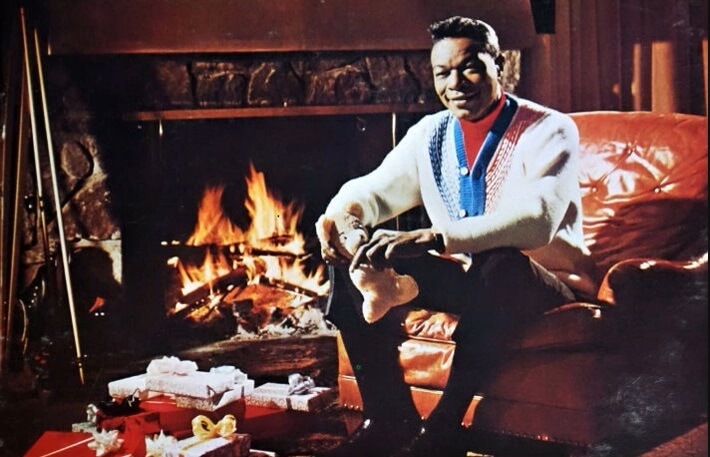 So far as I can tell, there are four schools of thought as regards the timeliness of Christmas music, and they are as follows.

Third, the commoner. The commoner does not have an opinion on when Christmas music should begin playing. He does not think the matter rises to the realm of “should” or “should not,” but is content that society at large will determine when is the right time to begin hearing “All I Want For Christmas Is You” in Kohl’s.

Fourth, the psychopath. Much like the rigorist, the psychopath believes the time for Christmas music is definitive and inviolable— but he believes that time is all the time. Even in July or on Valentine’s Day.

Although I am a decemberist, I will confess an equal amount of sympathy for each of these positions. Over the next ten years, I might easily slide into any of the other three. This might strike you as quite relativistic, but so far as I know, no denomination or church tradition places requirements on members to wait (or not wait) until a certain day of the year to begin listening to “Jingle Bells” or “I Saw Three Ships,” which means the decision is entirely based on what the individual can bear (and not based on their mere wants, though more on that later).

As an Orthodox Christian, I believe the liturgical celebration of Christmas is obligatory and that keeping the Nativity fast and the Advent feast are duties, as is the attendance of Nativity and Advent services. The sacred constitution of Christmas is Christmas proper— so while a man is free to celebrate Christmas by watching It’s A Wonderful Life and setting up a tree, he must celebrate Christmas in the manner prescribed by God through his Church. Nonetheless, Christians err greatly when they treat secular traditions and manifestations of Christmas as detractions from Christmas proper. There is nothing wrong with “Silver Bells.” In fact, there is something very, very right about it— something which is a little more right with every passing year.

For some “Christmas music” brings to mind Brenda Lee and Nat King Cole. For others, the College of King’s Choir Cambridge. While the latter is vastly superior to the former, secular Christmas music should not be disparaged simply for being secular— especially not pop Christmas tunes from the 1940s and 1950s. Songs like “White Christmas” and “Silver Bells” induce a particularly rich and heady nostalgia in Americans that helps them become little children again and Christmas is a holiday oriented around childhood, the Christ Child in particular. The older “Silver Bells” gets, the younger the spirit it conjures.

When I say Christmas is oriented around childhood, I do not mean Christmas is some sort of universal holiday that does not require Christian faith to celebrate truly. Christmas is nothing other than the celebration of the Second Person of the Trinity taking on flesh that all flesh might take on divinity, thus making it the most Christian of Christian holidays and not liable to secularization. And yet, one would have to be blind to not recognize the distinct appeal of Christmas to children. While the feast day of St. Nicholas is many weeks away from the Nativity of Christ, the two events have been logically, naturally (and providentially) conflated, for children are beneficiaries of St. Nicholas’s most well-known and oft-retold miracles. Children play with toys year-round, yet toy drives are particular to late November and December. The celebration of Christmas is driven more by children than by their parents, for children are far more loyal to Christmas traditions than adults. Children have a profound ability to remember “what we did last year.” There is even something about the sight of the infant Christ which softens the hearts of the most recalcitrant iconoclasts, who willingly yield to the crèche in December, even though the sight of the crucified adult Christ in April brings great consternation.

While Christ came as man to save man, children are even more attached to the fact He came as a child. Unlike adults, children are not afraid of Jesus. They like Him. Children do not know what an incognito web browser is, so they worry very little about being judged. Children also enjoy birthdays more than adults. Christmas is the birthday party of the little Jesus, the little child, the friend of children. No one’s excitement over the arrival of Jesus is more unfeigned than that of a child. Thus, if you want to celebrate Christmas truly, you have simply got to do it like a child.

When we speak of “the Christmas spirit,” we mean nothing other than a spirit of generosity and open-handedness. While the earth mysteriously, invisibly inclines toward generosity during Advent, it is mankind’s responsibility to act on such inclinations and to augment them, as well. The question of when to begin listening to Christmas music can only be answered by first determining why we listen to Christmas music at all: we listen to Christmas music to reestablish within our souls the pathos of Christ’s selflessness— but also His innocence, the innocence of children, and our own need to become little children again that we might faithfully bear witness to Christ. It is very hard to be generous and selfless, though. We need all the help we can get. So, inasmuch as “Silver Bells” or “I Saw Three Ships” move a man to works of faith and charity, July is a fine time to listen to such music. While music reminds us, music is not merely a mnemonic device that brings old truths to mind. Music is an animating spirit, thus “I Saw Three Ships” is not a shopping list of virtues, but a spell. If such songs do not prompt a man to works of faith and charity, not even Christmas Day is an appropriate time to listen to them.

Of course, the same is true of all Christmas traditions, not simply Christmas music. The tree, the spices, the fake holly and ivy, the cards, the red and green, the silver and gold, the lights, and the wrapped gifts are not simply seasonal aesthetic preferences, nor are they mere reminders. Rather, these traditions provide real help in establishing (for us weaklings) the mystical reality of Advent and Nativity. They are not superfluous to the formal liturgical celebration of Christ’s birth, but emerge from the bounteous, gratuitous holiness which pours out of the Church calendar and splashes on a host of nearby secular things. The tree, the spices, the red and green are secular references to the sacred, which means they are not quite sacred, but not merely secular either. The tree and spices and even “Silver Bells” are the holy secular, which is not a distraction from the holy, but evidence of just how generous holiness is. The sacred cup overflows, as the Psalmist says, and everything near the cup is charmed.

Put another way, while “Silver Bells,” candy canes, and Christmas trees are not holy, they nonetheless emerge organically from what is holy. They are secular tributes to holiness, cultural labors which aim to refashion what is earthly after what is heavenly. Rather than dismissing secular Christian traditions as mere consumer preferences, we should recognize them as part of our calling to bring a higher, better world down to earth— and to live in a manner worthy of that world. If we will not live and move and have our being in that sublime, generous, and open-handed world, neither do we deserve the décor.