When God Will Not Help You Rise 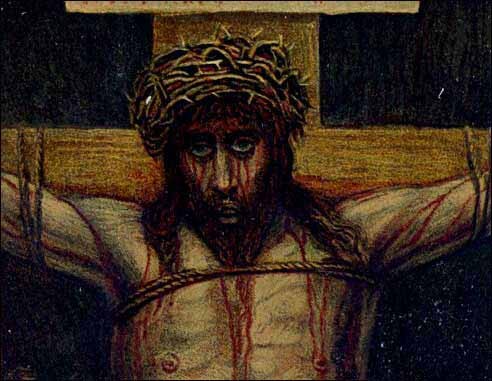 God will not always help you rise.

In the first canto of the Comedy, Dante is lost in a dark wood. Then, like the prodigal son, he comes to himself. Unsure of how long he has been lost, Dante sees light emanating from behind a mountain before him. We know that the darkness around him is sin, and the light is God, and that Dante is rising to be with God, his Deliverer. However, his path up the mountain is blocked by three vicious beasts, and Dante retreats back down the mountain where he encounters Virgil, who leads him into Hell.

In Hell, the path Dante and Virgil take is similarly blocked. The demons and the damned harass the pilgrim. Gates will not open, roads end in sudden precipices. And yet, God is willing to help Dante descend. He sends messengers from heaven to lay bare the road and open locked gates. God was not willing to help Dante rise, but He did not abandon Dante.

While he never complains, we might understand were Dante to complain, “Why was God not willing to help me with the vicious beasts on the mountain? Why did He send no angel to quell the lion, the leopard, and the wolf which threatened me on the mountain? Why does the Almighty only send help in my falling, and not my rising?”

In the Gospels, Christ often speaks of the radical inversions which the Kingdom demands. The first shall be last, and the last first. The man who wants to save his life must lose it. He who would be master of all must be servant. Christ is a “man of sorrows,” fulfilling Solomon’s proverb that “in much wisdom is much grief.”

These are hard lessons to learn personally, and they are even harder lessons to accept on behalf of those you love. God has not exempted our sons and daughters from being last, from being slaves, from dying, from much sorrow. Loving parents can “be last” for their children, but their children will nonetheless have to “be last,” as well.

Christ died on our behalf, but then He commanded us to die. The cruciform nature of being a good parent often means refusing to politic and argue your children to the top, just as the Father did not finesse the Son’s way to the throne, but consented to the Way of Sorrow. If you make your bed in the abyss, God will be there with you. When God will not help you rise, He will help you fall.