What Is So Wrong With Being The Cool Teacher? 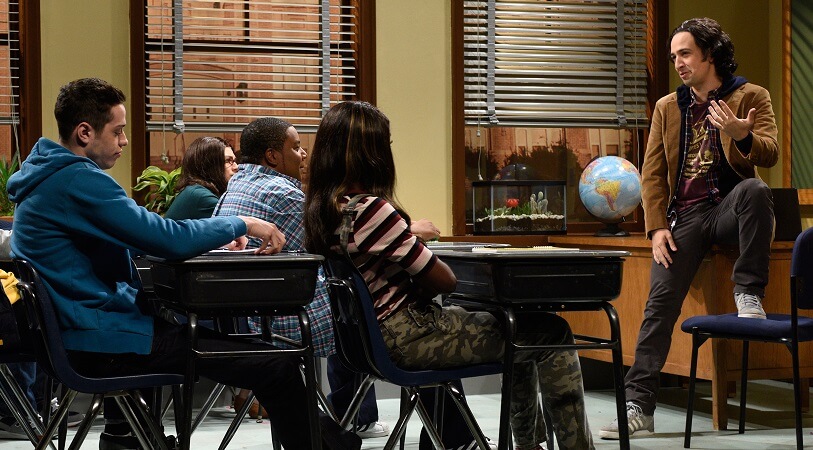 At the same time, if a man who has committed his life to the study of virtue enjoys all the same films and songs and books and stores as his students, the students will not perceive the need to mature. Apparently, growth in virtue will not change the things one loves. The teacher who does not openly smirk at some of his students’ tastes will ultimately prove patronizing; familiarity breeds contempt. The “cool teacher” is a teacher who refuses to risk being misunderstood— a risk which “the Good Teacher” made time and time again. The “cool teacher” has often fallen prey to the notion that students merely need “someone they can relate to,” a phrase which my students use regularly, often without investigating what it actually means. When I ask them, “Why do you like this character?” or “Why do you like this film?” or “Why do you like this song?” they often respond, “I can relate to it.” In fact, the phrase springs to their lips almost as readily as, “I don’t know.” The cool teacher is the god who wants to become incarnate, but has little interest in living a perfect life and being crucified. The cool teacher is all Bethlehem, no Golgotha.

I am inclined to think that “I can relate to it” constitutes only a very small aspect of why my students— or anyone, for that matter— loves anything. The unadulterated love of that which a man can relate to is nothing better than narcissism. I love the sight of my own face because I can relate to it.

Fascination is born at the intersection of what is comprehensible and what is incomprehensible. We are drawn to something new and beautiful because it arouses pleasure, but not knowledge. Just as God’s goodness is always rushing in to the fill the voids and vacuums we create in sin, so the mind invariably rushes to fill in ignorance. When I hear a lovely new voice on the radio, I want to see the face of the singer, discover the name of the singer, find out the name the singer has given to their song. My attraction to the song (my movement toward the song) is a mixture of knowledge and ignorance, relation and absence of relation. I know the song is beautiful, but I do not entirely know why. I will need to hear the song again to discern the lyrics, to dwell on them. I cannot relate to the song, in other words, but I want to relate to it. Until I can entirely relate to the song (until I can “enjoy it,” consume it and be consumed by it), I will never entirely relate to it.

If a teacher wants to attract his students to God, and to the beauty and goodness of virtue, he can neither make himself entirely knowable nor remain completely aloof. The “cool teacher” wants his students to worship St. Peter in the apostle’s moment of betrayal, and the “cruel teacher” will not deign to empty himself of his glory. The good teacher walks the middle path of virtue, neither being greedy nor prodigal with his affections or his time.