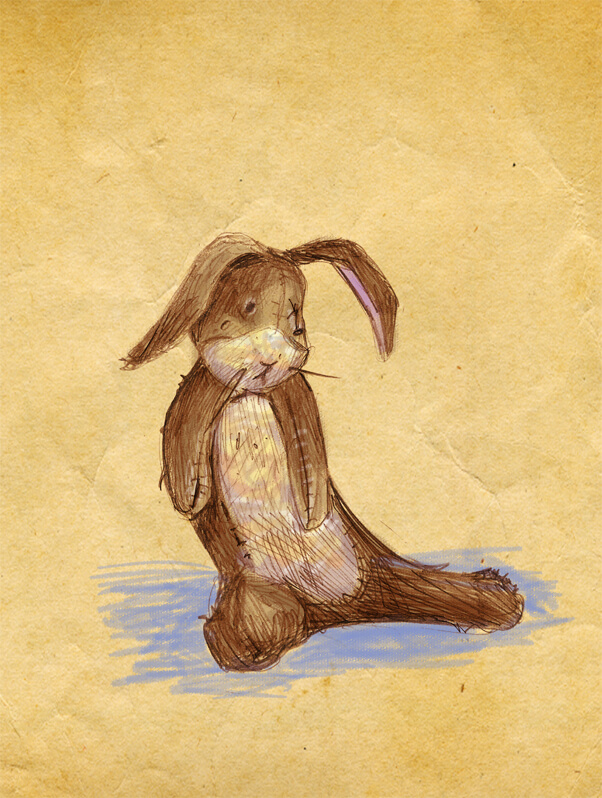 What is real? Much like essence or being, real is a notoriously difficult concept to talk about, let alone define. For my money, the Skin Horse does well when fielding the question.

“Real isn’t how you’re made… It’s a thing that happens to you. When a child loves you for a long, long time, not just to play with, but really loves you, then you become real… Sometimes [it hurts to become real]. When you are Real, you don’t mind being hurt… It doesn’t happen all at once. You become. Generally, by the time you are Real, most of your hair has been loved off, and your eyes drop out and you get loose in the joints and very shabby. But these things don’t matter at all, because once you are Real you can’t be ugly, except to people who don’t understand.”

Granted, something is lost in the metaphor, though the Skin Horse speaks of reality the way Christians speak of theosis. God Himself is the Real (and transcends the Real, at once) and He grants Realness as He loves. The love of God is not destructive, but I think Marjorie Williams, author of The Velveteen Rabbit, knows this. When the Skin Horse speaks of becoming real involving your eyes dropping out or becoming shabby, I think of art depicting St. Bartholomew holding his own skin, St. John the Baptist holding his own head or St. Agatha holding a platter displaying her breasts. Perhaps even Christ humbly presenting his pierced side to St. Thomas. Reality is the love of God manifest in the people He loves and the things He loves.

While sight is rightly called “the king of the senses,” the eye can also be an awful tyrant. “Man looks on the outward appearance, but God looks on the heart” is no condemnation of man, but a simple expression of man’s limitations. The shift in the last hundred years towards the preeminence of the photograph as an arbiter of truth and reality is a grand fulfillment of Enlightenment prejudices. Many Christians are quick to say that to look on a nude body in a film or photograph is to look on “an actual nude body,” indirectly excusing nudity in paintings, which is somehow “less actual”. To acknowledge that both a photographed body and a painted body (both of which rely on living persons in a studio) are only images seems to license one through the other, which many are uncomfortable doing. I have no use here in arguing about nudity in paintings or film, though. I bring up the matter merely to reference our fast and loose use of “actual” and “real,” especially as both terms relate to images and signification.

A confusion over reality as a philosophical concept naturally tends to a confusion over the nature of metaphor, which a pathway between separate realities. We tend to grant “realness” to tangible things and “metaphorical reality” to intangible things. In doing so, we wrest the status of ultimate reality from God, whom “no man has seen” according to Christ. As to the Scriptural claim that Christ is “the lamb of God,” many Christians would explain that Christ is “not actually a lamb,” in that He has no hooves and lacks a tail. Or as to St. Peter’s claim that the rock the Israelites drank from in the wilderness “was Christ,” there comes the inevitable explanation that Christ is “not really” a rock as He was not motionless mineral. Countless other examples might be given. In the end, some have sadly concluded that Christ was “not really a man.”

In On the Incarnation, Athanasius argues with a separate standard of the real:

“What, then, is there incredible in His manifesting Himself through that in which He is? By His own power He enters completely into each and all, and orders them throughout ungrudgingly; and, had He so willed, He could have revealed Himself and His Father by means of sun or moon or sky or earth or fire or water. Had He done so, no one could rightly have accused Him of acting unbecomingly, for He sustains in one whole all things at once, being present and invisibly revealed not only in the whole, but also in each particular part. This being so, and since, moreover, He has willed to reveal Himself through men, who are part of the whole, there can be nothing ridiculous in His using a human body to manifest the truth and knowledge of the Father.”

The Logos could have just as well been incarnate as “sun or moon or sky” because He is the Infinite, Essence Himself, Being Himself… Reality Himself, at all times and in all places filling all things. As the sustaining power of the Cosmos, the Logos might reveal Himself in any cosmological substance He chose, though, Athanasius argues elsewhere, He chose to manifest Himself as man because mankind had come to worship man. The revelation of the Logos as a Man played into the weakness of the human mind, especially the pagan mind. It is as much to say, “Man has chosen to worship man, though improperly; God has given man a Man who may be worshipped properly.” Christ was the Fullness of man, though as the sustaining power of the cosmos, He was the fullness of all things.