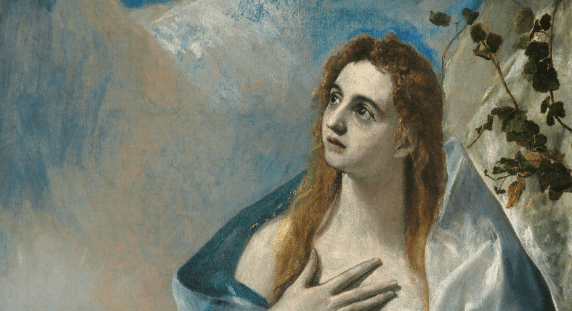 Everyone knows how Aristotle defined rhetoric, but very few people believe actually him. Apparently, rhetoric is “the faculty of discovering in any particular case the available means of persuasion,” but classical educators are afraid to take Aristotle at his word. Every year, a great host of students at classical schools write theses wherein they fail to persuade their judges of their arguments, yet receive A’s on their work nonetheless. For many classical schools, rhetoric is not about persuasion, but about the formal structure of arguments, which is unfortunate. Learning to persuade others (to do good) would be a far more valuable skill.

Many seniors begin their thesis work by deciding what they would like to argue, like “Drone warfare is cowardly” or “Christians should play sports,” which is fine. It is the following step which is strange. Having decided what they want to argue, many seniors then begin doing research on their subject in the hope of transforming facts into arguments. It is a rare student indeed who decides what he wants to argue, then catalogues all the reasons he is already persuaded of what he believes. The student who begins the thesis process in a library with a stack of books should next expect to persuade anyone of anything. Why? Because he is not offering his audience reasons he personally finds persuasive.

Most of our beliefs are derived from what is fashionable or what is common sense. Research supports some of my beliefs, yet research has not persuaded me of much. Having become persuaded of a certain belief, research in favor of that belief accrues slowly over the years, but research plays a minimal role in conversion from one belief to another. My most cherished beliefs about God are not derived from theological arguments or prooftexts, but from analogies derived of nature, for I believe everything natural is inclined toward the supernatural. While I have immense respect for theologians and believe that massive, dusty works of mystical inquiry into the divine nature are a tremendous gift to mankind, I am only the indirect beneficiary of these books. Most of my beliefs about God are childlike. I know what is true of God because I have observed my father, my mother, my heroes, and my own loving inclinations and charitable intuitions toward my children.

In this, I cannot claim to be unique or special, because I think very few of people’s beliefs are based on research. In his Rhetoric, Aristotle argues that the logos of the speaker should be based in enthymemes and examples, neither of which require research. Above all else, I find tradition persuasive, which is another way of saying I think common sense is persuasive. After tradition, proverbs persuade me. After proverbs, experience, images, stories, parables. Songs are very persuasive. Claims that rhyme are often persuasive. Strangely enough, though, when a student begins composing a thesis, he often begins by reading articles and checking out books from the library, even though he does not find—and cannot find— the content of those books persuasive. The content might reinforce his belief, but it is unlikely to persuade others. There is a profound difference, of course. The reasons we become persuaded of a thing are quite different from the reasons we stay persuaded of that thing. So, too, the reasons I married my wife are quite different from the reasons I stay married to her, and the reasons I converted to Eastern Orthodoxy have little to do with why I remain Orthodox.

A certain belief will come off as respectable and rational if it is supported by good research, but most people’s beliefs are not based on rational, respectable claims. If I told you why I became Orthodox, my reasons would not be particularly impressive, for they are neither academic nor theological. I converted from the gut, from common sense, from intuition, and from experience. When highly rational people (who are not Orthodox) ask me why I converted to Orthodoxy, they immediately begin asking, “But what did you make of the verse which says…?” as though an analysis of Scripture was what prompted my chrismation. But how was St. Andrew persuaded to follow Jesus? His decision was made in an instant. What actually persuades people?

Living after the Enlightenment, we like to think people are persuaded because of research, investigation, study, and analysis. Research is so neutral, so objective, so dispassionate and unobjectionable— who could fault someone for acting according to research? However, the greatest texts on rhetoric and persuasion were written when there were very few libraries. The word “research” is used only twice in the City of God and just once in Aristotle’s Rhetoric. “Research” is referenced once in Calvin’s Institutes, while “persuasion” occurs eighty-three times. Why do we insist the two are anything more than tangentially related? Obviously, I am not suggesting it is wrong for a man to become persuaded of a certain position because his research inclines him that way, for we have all head of atheists and rationalists who set out to debunk Christianity and debunked rationalism in the process. Such instances are not normal, though, nor are they common or easily replicable.

On the other hand, the average man’s reason for belief is usually quite humble, quite predictable, largely based on taste, experience, and upbringing. In short, our reasons for belief are unimpressive. To begin the case in favor of sports or drone warfare with research is to suggest our positions are more reasonable and more intellectual than they actually are. The student sitting down to write a thesis should begin not with arguments and research, but with an honest assessment of why he believes as he does. What have you found persuasive? Persuasion is far more about a frank assessment of one’s own soul than a careful analysis of the audience’s intellect. As with most of the great spiritual enterprises of man, the art of persuasion begins with the rarified injunction, “Know thyself.” It does not begin with, “Know the facts.”