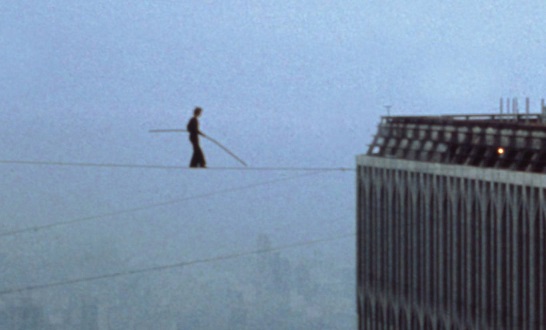 Make every effort… to be holy…”

Just before my children depart for their classrooms in the morning, I ask them, “Why do you go to school?”

They answer, “To learn how to be an excellent human being.”

If we agree that a classical Christian education is concerned with the pursuit of virtue, two somewhat curt assumptions have been made about the student.

1. The student has not already attained virtue.

2. The student can obtain virtue.

If the student had virtue, he would not need to pursue it. A man does not want what he has, rather, he enjoys what he has. Sending your child to a classical Christian school is thus an act of humility, and not a crowning achievement. The man who sends his child to a classical school should not reason, “My child is good and this is a school for good, well-behaved children.” Neither should he say, “This is a school where people who want to keep their children out of trouble go.”

Rather, in the sense that all men are fallen, including the teachers, a classical school is simply a reform school.

My daughters are six and eight. They are funny and cute and baptized and they say the Creed and receive the Eucharist, but they do not yet have the virtues and they will not desire the virtues unless their parents and teachers show them how to do so. I am not suggesting that my daughters are unspeakably wicked and neither am I suggesting they are currently headed toward lives of extreme vice unless someone whisks them away to a place of safety and moral verdure. What I am saying, though, is that I have met scores of born-again Christians who are petty, cruel, small-minded, wrathful, arrogant, banal, ungrateful, tasteless, jejune, crass, and violent and I do not want my daughters to turn out like that. No one wants their little girl to turn out like Diana Barry’s mother or Miss Havisham, though I don’t doubt either woman’s salvation. I have also met scores of born-again Christians who are generous, wise, prudent, faithful, joyful, sophisticated, playful, forgiving, sanguine, nostalgic, poetic, loving, and helpful and I do want my daughters to turn out like that— and they will not naturally turn out like that, but they need a whole army of people to spend decades selflessly helping them move toward it. Classical education presupposes that army and those decades will actually do some good.

A classical education also presupposes the potential of every human being to lead a happy or unhappy life, a life which is a blessing to others or a life which is a thorn in the side of the community. Much Hebrew wisdom literature is devoted to describing “the way of the righteous” and “the way of the fool.” A classical education presupposes that even a fallen human being is genuinely free to choose either way of living, and that Jesus Christ will honor the teacher’s work of leading students toward righteousness. The classical teacher does not read Solomon’s description of “the righteous” and then sadly confess to his class, “Too bad none of us can actually do what Solomon tells us to do.” The teacher tells his students that choosing the way of the righteous is a lifelong labor, a monumental realignment of the will toward God; while real progress can be made unto the completion of this task, no one may claim to have arrived, especially the teacher. The teacher has not finally obtained virtue, yet he hopes to do so, and thus, before his students, he confesses his failures and performs his desire for God that he might bring forth “fruit worthy of repentance.”

For the man who wants school to be a place of self-discovery and affirmation and career advancement, a classical classroom will regularly prove a great vexation. Reform is, in general, fairly offensive. The humbling nature of classical education can be softened by claiming all men are equally sinful, or that the pursuit of virtue is unnecessary. We are generally content to hear about “the pursuit of virtue” until it begins to sting, and then we often complain about “a lack of grace” or “works righteousness.” As someone whose understanding of God’s love is chiefly staked in His overflowing, gratuitous mercy, I am as offended by works righteousness as any 16th century Lutheran. That said, I have never met a living soul who actually suffered from the delusions of works righteousness. I can easily imagine works righteousness being a problem in German monasteries 500 years ago, but I think it safe to say that, in this country, television addiction, smartphones, shopping malls the size of airports, the omnipresence of pornography, pop music, 40 hours-a-week sports devotion, gratuitous debt, voluntary health crises, social media, and zillion dollar comic book movies have utterly crushed the problem of works righteousness. We’re flattering ourselves if we think works righteousness is a problem we actually suffer from. In his biography of St. Francis of Assisi, Chesterton writes:

It is the highest and holiest of the paradoxes that the man who really knows he cannot pay his debt will be forever paying it. He will be forever giving back what he cannot give back, and cannot be expected to give back. He will be always throwing things away into a bottomless pit of unfathomable thanks. Men who think they are too modem to understand this are in fact too mean to understand it; we are most of us too mean to practise it.

But ours is not a culture which has given much time to dwelling on the fact that we “cannot pay” back our debt. We skip merrily over this fact and proceed straight to the pleasant part, which is that the “pit of unfathomable thanks” is “bottomless,” which we typically take to mean “fruitless” and thus “not necessary.” We are aware that somewhere, someone in Scripture mentions something about how “good works” are “filthy rags,” and most of the conclusions we draw from this fact are simply nihilistic. When St. Francis “threw things away” into the bottomless pit of thanks, he created repositories of cultural capital that we have only recently finished spending. If classical schools want to help create new banks of cultural capital, they will have to graduate the kind of students who are content to “throw away” their hours and days as St. Francis did, not students who are pleased with themselves and their decision to get an education which will help them “become a better plumber.”

Coda. In Hebrews, we read:

No discipline seems pleasant at the time, but painful. Later on, however, it produces a harvest of righteousness and peace for those who have been trained by it.

St. Paul describes “a harvest of righteousness and peace” coming “later,” which is to say that a man must live for a long time merely training to be righteous, making “every effort to be holy,” and yet not enjoying the fruit of his labor. The absence of fruit is not evidence that nothing is happening. The teacher spends his entire career in a vaporous middle ground, negotiating the tenuous distance between beginning to seek God and finally receiving God. The teacher can offer parents hope of hidden growth, confessions made only in the heart, unannounced inclinations toward the Good, unexplainable and undocumented refusals to sin. The good teacher lives in the vapor, offers vapor today, but hopes for gold to emerge from the mist.