The Tyranny of Finding Something Clever to Say 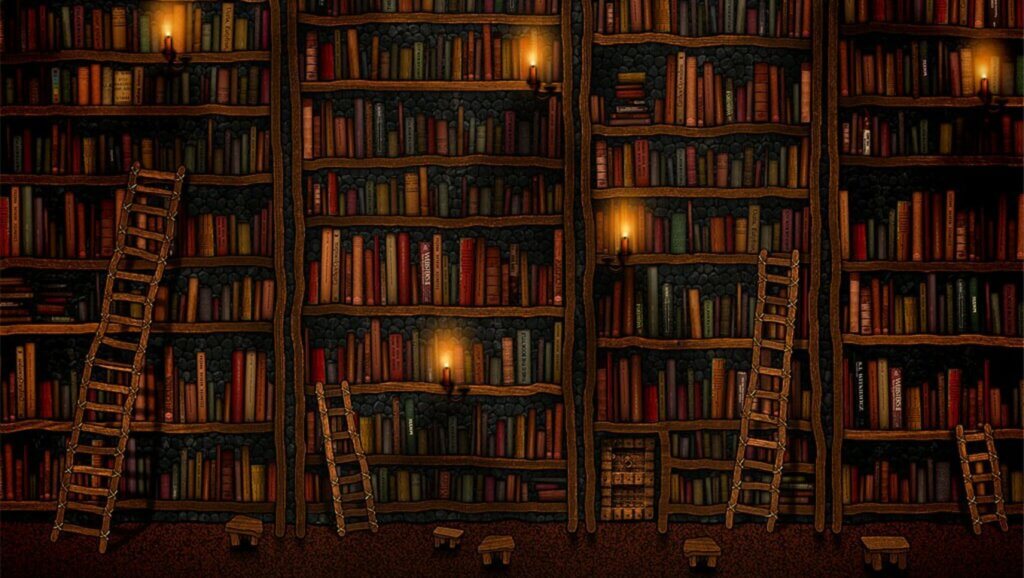 I saw Paul Thomas Anderson’s There Will Be Blood in a theater with a friend who occasionally wrote movie reviews for Credenda/Agenda. The experience was nerve-wracking, and not for the plot of the film. At the time, I also wrote movie reviews for a blog I kept which took in around 200 hits a day. Not much, although I was proud of those 200 hits. I clung to them as proof my opinions were arguably interesting, although I wonder now if they may have all been rubberneckers. When the theater darkened, I had only one goal. I must find something interesting to say about this movie. Obviously, I didn’t enjoy the film. I watched very little of the film. I cast around each scene, each image, each line of dialog for something from which I could craft some quasi-original thought. When I found something, I began composing lines to myself and so most of the movie washed over me. I did not have ears to hear. Unfortunately, educators wholly given over to teaching books under the star of “worldview analysis” often create similar anxieties and blindness in their students.

On my first day of Literature of Western Civilization, the prof began a lecture on Homer’s Odyssey by claiming the book was “beyond criticism.” Again, I did not have ears to hear, and it has taken me years of teaching to truly understand what the man meant. How was any work beyond criticism? Was the Odyssey to be read as though Holy Writ? Not a line was out of place, and every word perfectly chosen? I have taught Homer’s Odyssey four times in the last eight years, though, and apart from merely understanding the idea Homer is “beyond criticism,” I think the idea sits near the ideological center of classical education.

To criticize the unfolding plot of the Odyssey, or Homer’s management of motif and theme, or the development of Odysseus as a hero, presumes a standard for such unfolding, managing, developing. We might argue Shakespeare the superior juggler of theme in Hamlet, or Dante the more deeply revealed hero in The Divine Comedy. And yet, Shakespeare and Dante received the charge to craft theme and reveal character from whom? The apostolic succession of the Bishop Storyteller may be traced back to Homer. You cannot slap Homer on the face without sitting on his lap. God cannot be circumscribed because He is existence Itself; there is no place outside of God from which to stand and study God entirely. In a much lesser way, there is not really a way of standing outside of Homer’s artistry so as to criticize it. This is not to say that Homer’s anthropology is unassailable, or that he really understands the illusory benevolence of the demons he venerates (he suffered under the “delusion of idols,” after all, and Christians do not so suffer), but it is to say we do not have the final say on what has and has not influenced us. Some influences run deeper than our fingers can dig. And even if we can reach those influences, and identify them, yet we cannot dig them up in the 8 weeks of the course set aside for Homer.

Such claims are not true of Homer alone. There is no small congress of names which might nearly ascend to the blind bard’s ubiquity. Plato, Virgil, Augustine, Boethius, whoever wrote the Tristan myth, Dante, Shakespeare, Shelley and Rousseau, even while those last two might seem surprisingly recent. The list is obviously short. Scripture maintains a transcendent authority unlike these authors, although Scripture is also authoritative in the order of Homer. Scripture is mystically authoritative, but it is has attained a natural authority like the Odyssey, like the Aeneid. The theology of St Paul, the mysticism of St John, the law of Moses are binding on us because the Church speaks their words to us in the eternal present, in which sense the Scriptures are not old, and yet Moses and John have also deeply entered our lexicon of ideas and own a certain kind of power today because they are old.

If classic authors and texts are taught within such a framework, the student is relieved of the pressure to find something interesting to say about every page, passage and chapter. The book is beyond the reader, and if the reader would know the book, surrender and yielding and submission are the order of the day. Teacher and student alike acknowledge the book to be more interesting than themselves, they are humbled and can devote themselves to learning the text. The need to “say something interesting” often presumes that the text is not sufficiently interesting in and of itself, or that a cursory read of a text is sufficient to ring out the most compelling, profound truths. Of course, little of what I am here claiming can be made alloy with a “plunder the Egyptians” approach to reading, wherein the student is encouraged to get all the “good stuff” and condemn all the “bad stuff” in a book, quite often after only a single read. This manner of reading only sets the student on edge, anxious to pluck out a line here or there and proclaim to the class that a gem had been found. Most of the book washes over the student.

One helpful way of showing students how to approach a book in a spirit of humility is to ask them to deeply question a very short passage. Recently, I had a class of freshman write twenty-five questions about three short paragraphs from The Social Contract. The work I received back was amazing. Looking at that chilling chapter in which Rousseau commends a purely civil religion as the only safe kind of religion, students wanted to know: Is it fair to say civil and theological intolerance are separate? What lies would the state have to tell for the worship of the divinity to become the power of the state? What makes it impossible to live in peace with people that are believed to be damned— isn’t loving our enemies and the unsaved exactly what God tells us to do? What if the people do not want a god who judges sinners? Many said they might have gone on and written twice as many questions. For several students, the sharpness of the questions gained with each line. They began with simple questions of definition and finished with wonder at the ambiguities, subtleties, and complexities of separating and conjoining sacred and secular power. I hope such progression is the mark of lifelong learners.