Tips For New Teachers: How To Not Make Things Worse 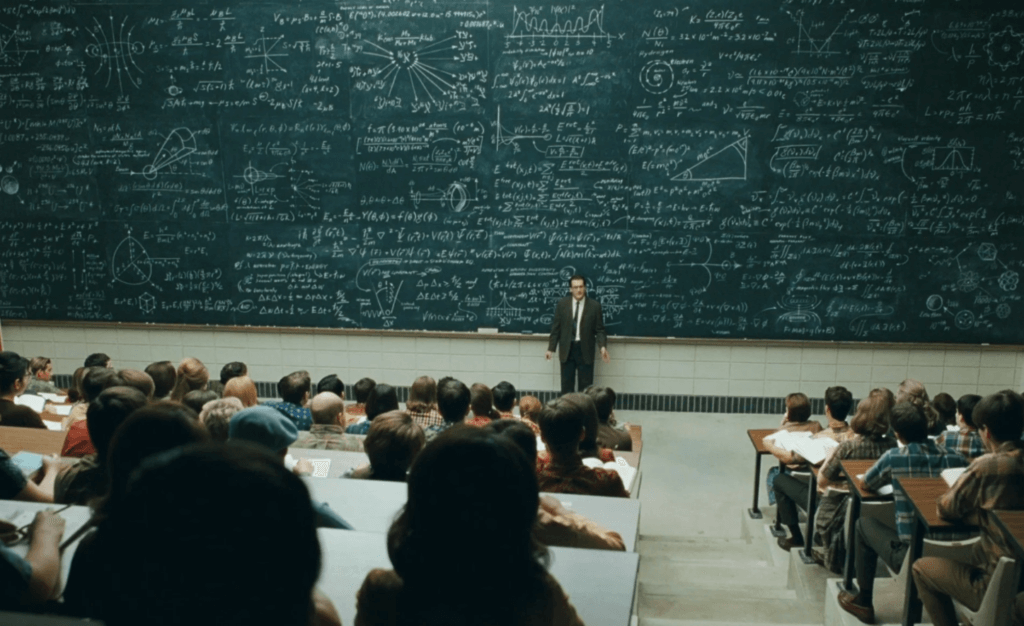 The kind of mistakes you make in your first year of teaching are almost entirely unavoidable. Fate decrees that every rookie teacher must stick his foot in his mouth a dozen times, get accustomed to the taste of crow, and often remark to himself angrily, “Won’t do that again.” Such moments endear a man to his profession, though, because they show him that teaching is not merely the transfer of knowledge from one brain to another, but a ballet which requires academic, social, and psychological acumen. Accordingly, there is no advice anyone can give a first-year teacher which will entirely keep him from trouble. However, having gotten in trouble, there is a little advice I might offer on how to not make things worse.

1. Be prepared to talk about grades. Teachers need steel stomachs. If you teach 7th grade or above, the first complaints you receive from parents will probably concern grades. Before two months are gone in your first year, you will likely get an email which says, “My child has never received grades this low before,” “My child is working very hard in your class,” “My child is discouraged by low grades,” “The grades you give seem very subjective,” or, “My child needs scholarships and you are standing in the way of that.” When this happens, the first thing you need to do is insist that the child in question come talk to you about their work. The last thing a modern student needs is for low grades to magically become high grades while they are not looking. Get the student involved. Grades should not be subject to sentimental haggling.

The second thing you need to do is inform parent and student alike that the only just reason for raising a grade is that the quality of the student’s work was not properly assessed. When there is a dispute about a grade, ask the student to offer written rationale as to why their work is better than the grade reflects.

Third, if the work in question is an essay, offer to allow the student to rewrite and resubmit the work. If the resubmitted work is better, it may warrant a higher grade. Be willing to honor students who are willing to work harder for higher grades, even if it means they need to take two or three cracks at the assignment before it turns out well. On the other hand, if you raise a grade just to get yourself out of a difficult conversation with a parent, you are storing up wrath for yourself down the road. Flattery unleashes turbulent forces in the world which you think you can control, but you cannot.

2. Use simple solutions. If you have a disruptive student, send the student out to the hall. While this seems a profoundly obvious solution, it simply does not occur to most young high school teachers to do so. Young teachers tend to believe they can outsmart students or reason with students, but most disruptive situations are emotionally charged, which means that smarts and reason don’t have much purchasing power.

Further, don’t wait until you’ve embarrassed yourself or said something stupid to ask a student to step out into the hall. When a sophomore or junior will not stop talking to his neighbor, ask the student to step out of class. Finally, don’t break class to have a conversation with someone in the hall. Wait until class is over, and when class is over, a long conversation may not be necessary. In fact, a rather simple, “It is disruptive to class when you talk to your neighbor. Do not do it again. Thank you,” will often suffice.

3. For the gentlemen. Sport a beard. It will cut your problems down by 25%.

4. The all caps email. Hopefully, it won’t come to this, but you may find that your first year of teaching involves a disagreement with a parent (or coworker) that ultimately involves long angry emails sent at 2:41 in the morning wherein some choice words are written in all caps— perhaps words like “UNACCEPTABLE” and “LIKE A BULLY.” Before going further, I should say that in my fifteen years of teaching, I have certainly encountered teachers who had unacceptable classroom practices. I have also worked with bullies (one, at least). However, the sorts of people who send emails at 2:41am with certain words in all caps are not in the right frame of mind to judge what is and isn’t acceptable. Rather, they are angry, anger blinds people, and anger is highly infectious. Do not respond to such emails, especially not if you have something brilliant or clever to say. Cleverness only makes angry people even angrier. Instead, wait a day, then send a request to meet in-person.

5. When you say something stupid. Teachers are paid to talk all day and “When words are many, sin is not absent,” as Solomon teaches, which means that, from time to time, you’re going to say something you really wish you could unsay.

Last year, without thinking, I off-handedly mentioned to a class of sophomores one morning that a certain R-rated film I hadn’t seen in fifteen years was “really good” (Of course, not only is it stupid to recommend any R-rated film to a class of sophomores, I find it generally best to not recommend anything made after 1968). Over the course of the afternoon, the name of the movie kept returning to me, and slowly I began to recall the plot, at which point I became terrified that one of my students would go home and watch it, so I sent an email to all the sophomore parents explaining exactly what had happened. I received only one email in response, and that from a parent who said, “Thanks for thinking of our kids.” Then, the matter was closed. Nine times out of ten, that is how such scenarios play out.

I have also said things in class that I thought better of just five minutes later and accordingly apologized before students left the classroom, and I have gone trekking off in search of this or that class when I realized, ninety minutes later, that I shouldn’t have said something during a lecture. When there is no doubt in your mind that you have said something stupid, track students down as quickly as possible and apologize, even if it means asking another teacher for the last two minutes of their class time. If you resolve to wait until the following day before dealing with the issue, don’t plan on getting much sleep that night.

6. Too much work. Along with complaints about grades, new teachers should be ready to field questions about how much homework they are assigning students. Rookie teachers feel pressure to cover every page in the curriculum, which often means they create detailed schedules for themselves to follow. Within a month, they have fallen behind schedule—because everything in the whole world takes longer than you think it will—and thus begin assigning as homework all the curriculum they do not have time to cover in class.

So far as classes like philosophy, theology, literature, and history go—any class which involves great books, really—I recommend assigning as little homework as possible. Class ought to begin with a recitation, then the teacher should read from an old book for about half an hour, then twenty minutes of lecture and discussion should conclude the period. “Read and discuss,” just three little words, is a sufficient lesson plan for most days. Consign yourself to not finishing every page in the curriculum. You are not paid to cover curriculum. You are paid to teach wisdom and virtue. If you cover every page in the curriculum, but all your students grow up to worship the zeitgeist, you are a failure as a classical teacher.

If you want your students to live full lives, be willing to admit that homework is going to get in the way of that. If you want them to be able to cook, watch movies, read books of their own choosing, play sports, talk with their friends, mow the lawn, bag groceries at Kroger, go hunting, and so forth, you can’t assign much homework. If there’s more to life than grades, assign as little homework as possible.