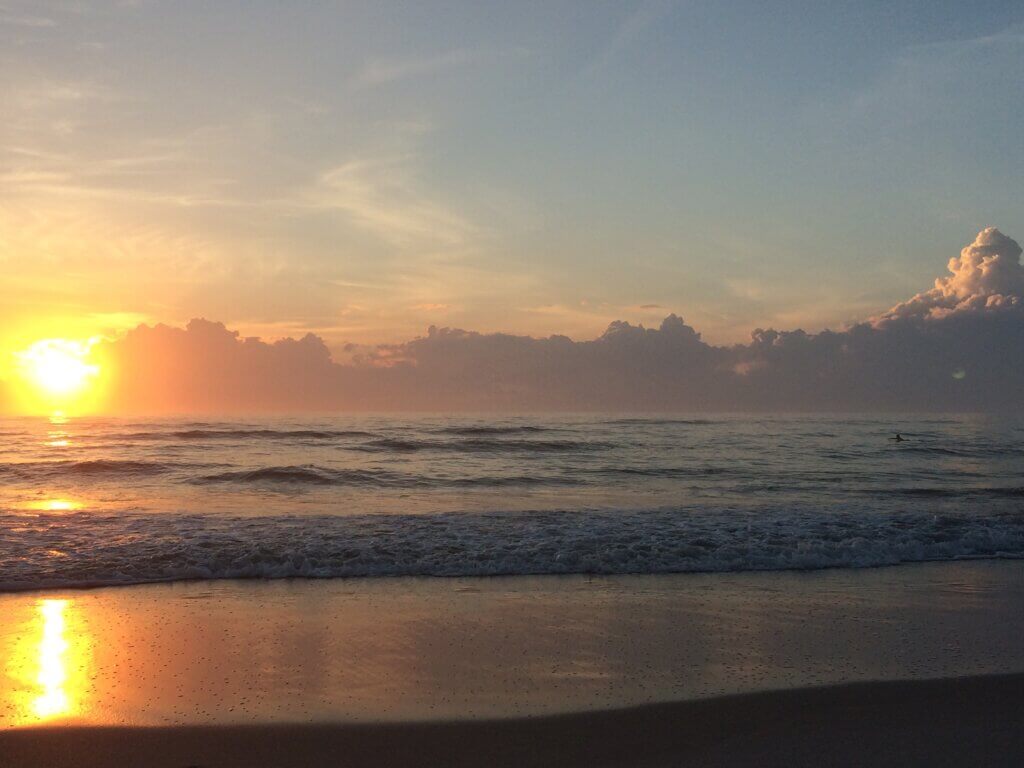 The beginning of summer now slouches towards us, presaged by change not only in atmosphere but also in attitudes. Disconcertingly, students who had been fascinated by dactylic hexameter and the Fibonacci sequence and the nervous system are once again more interested in their TV shows and fashion fads; students who maintained at least of veneer of respect all year now talk over their tired teachers, perhaps even mock them; and those teachers themselves may find that their beloved, chosen work has become monotonous. The summer itch has set in, and we scratch it by daydreaming, cutting corners, complaining, checking out.

The longing to be finished was familiar to me as a student and has become familiar to me as a teacher. It has always been discomfiting and vaguely guilt-inducing, and I come back to it often in thinking and writing. My mind is unwaveringly persuaded of the worth of this work of learning; why isn’t my dedication to it constant also? Is my heart so fickle, my affection so shallow, as to weary of what I love? Have I been driven this whole time by the impulse of emotion rather than the perseverance of conviction? What myopia of my soul makes the true, good, and beautiful appear trite, dull, and shabby?

It all sounds rather like another familiar complaint: That which I want to do, I do not—wretched man that I am. And it only follows good biblical order that, after creation and the imago dei, the fallenness of man proves a foundational doctrine to a Christian philosophy of education. As eminent a learner as John Milton acknowledged so in his statement of education’s goal: “To rebuild the ruins of our first parents by regaining to know God aright, and out of that knowledge to love Him, to imitate Him, to be like Him.”

But that impatience for endings . . . to which doctrine does it belong? Is it a part of our creation or our sin, our finitude or our fallenness?

Sin, of course, sabotages our responses to the summer itch. It’s sin that we allow the fruit of the spirit—love, joy, peace, patience, kindness, faithfulness, gentleness, self-control—to rot on the vine. It’s sin that we grow slack in diligence, like the servant who was not ready for his master’s return. It’s sin that we indulge in complaining when we’re told to always rejoice.

But the longing itself—is it borne solely out of sinful discontent and laziness?

Words echoing in my head these past few weeks points a different direction. There is this, from G.K. Chesterton’s Orthodoxy:

Because children have abounding vitality, because they are in spirit fierce and free, therefore they want things repeated and unchanged. They always say, “Do it again”; and the grown-up person does it again until he is nearly dead. For grown-up people are not strong enough to exult in monotony. It is possible that God says every morning, “Do it again” to the sun; and every evening, “Do it again” to the moon. It may not be automatic necessity that makes all daisies alike; it may be that God makes every daisy separately, but has never got tired of making them. It may be that He has the eternal appetite of infancy; for we have sinned and grown old, and our Father is younger than we.

Chesterton’s wondrous prose holds two truths in tension. There is, first, a suggestion that God’s unwearying strength flows from His sinlessness (unlike Him, “we have sinned and grown old”); but there is, second, a suggestion that it flows from His eternality, which we have never had. The reality of eternity might be some sort of pulsing, shining substance, unchanging and unabating; but the reality of temporality is narrative. We jump into it in medias res, and it’s always rushing towards denouement. To long for an ending, then, is to sing in harmony with the nature of our finite reality.

The same tension recurs in this, from C.S. Lewis’s Screwtape Letters (the demon, Screwtape, is speaking):

The horror of the Same Old Thing is one of the most valuable passions we have produced in the human heart—an endless source of heresies in religion, folly in counsel, infidelity in marriage, and inconstancy in friendship. The humans live in time, and experience reality successively. To experience much of it, therefore, they must experience many different things; in other words, they must experience change. And since they need change, the Enemy (being a hedonist at heart) has made change pleasurable to them, just as He has made eating pleasurable. But since He does not wish them to make change, any more than eating, an end in itself, He has balanced the love of change in them by a love of permanence. He has contrived to gratify both tastes together in the very world He has made, by that union of change and permanence which we call Rhythm. He gives them the seasons, each season different yet every year the same, so that spring is always felt as a novelty yet always as the recurrence of an immemorial theme. He gives them in His Church a spiritual year; they change from a fast to a feast, but it is the same feast as before.

Again, both fallenness and finitude appear here. Inconstancy and discontent are sinful—but like all sins, they are twisted goods, and the good here being twisted is the need for and pleasure in change which our Creator has instilled into His finite, time-dwelling creatures.

The tradition of decrying finitude runs far back in both the church and the culture; the striving to attain omniscience, omnipresence, and omnipotence through endless electronic gadgets (most of them named with the self-idolatrous “i”) is only its latest manifestation. Martha-like, we treat extreme multitasking (colloquial for “defiance of limitations”) as a virtue, scorning Mary’s contemplation (appropriately focusing finite attention on a single object) as vice. And we guilt ourselves for that summertime itch when, perhaps, it is good creaturely instinct.

You see, the longing for an ending does not necessarily mean that we have lost our first love. It might mean that that love is longing for a new season, a rebirth.

This, then, is our task: to take stock of our longings and responses, to sort out the finite from the fallen, so that we can appropriately rest in the one while fighting the other.

Question yourself. Does your longing for an end seek rest and find refreshment in it? The need for rest is part of the goodness of creation, pointing us towards our Creator who needs no rest, yet models it for us to imitate. Or does your longing seek to be pitied and petted? The need to be seen as a victim of people or circumstance, when this is not actually true, could stem from improper self-esteem or insecurity, both linked to pride.

Does your longing express itself in an effort to patiently bear burdens, a reliance on constantly-spoken prayers, and a searching for causes to give thanks? This is how the creature trains her dependence on her Creator when she reaches the end of her strength. Or does it express itself in complaining and cutting corners? Such actions betray a lack of confidence in a Lord who delights to give aid.

Put to death the old man. Rejoice always, pray without ceasing, in everything give thanks. Entrust yourself to a faithful Creator while doing good. Strive diligently to enter that rest.

These are our daily summons, in this fading of another school-year, as creatures who are finite, fallen—and redeemed.