Thou Changest Not: Stoics For Christ 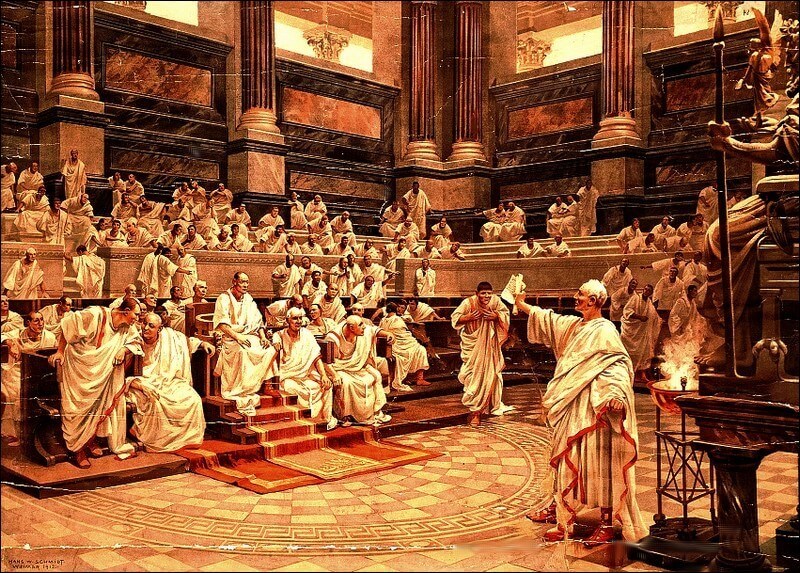 Should we be raising Stoics? Does Stoicism have anything to offer a Christian who wants to live a full, emotionally mature life? When St. Paul argues with the Stoics on Mars Hill, should we understand him to be entirely dismissive of the Stoic demeanor?

I would like to offer a Christian interpretation (but also a liberal interpretation) of a small aspect of Stoicism and commend Stoic philosophy as a profoundly healthy standard by which to diagnose the evolving (or devolving) maturity of a Christian life.

Any student of Late Antiquity or Medieval theology will encounter the Church Fathers’ discussion of the passions and for many of the Western fathers, the passions are simply the Stoic passions: desire, delight, fear and grief. Some debate exists over the merits of Stoic rejection of the passions. In The City of God, Augustine commends a right use of each passion, especially grief over our sin. However, in The Consolation of Philosophy, Boethius rejects the usefulness of the passions for reasons that will make any Stoic feel at home. Too often, contemporary Christians define the Stoic passions such that there isn’t much room for debate. We say that grief over the wrong things is wrong, but grief over the right things is good. Delight over evil is wrong, but delight over righteousness is fine. But such claims would be obvious to any Church Father (Augustine or Boethius) and fail to deal with the passions in a way that allow entrance into the debate.

Both Augustine and Boethius saw the Earth as a place of vexing uncertainty. The relief which came with death, at least for Augustine, was staked in release from the ever-shifting ground of the Present. Can a man know that he is saved? Augustine suggests that apart from divine revelation (from an angel or in a vision), no man can know that he will never commit the sin of apostasy, and that few men have ever received such knowledge. Who can say what will happen tomorrow? We might be attacked by cancer or plague or foreign invaders, or we might give way to temptation, and such possibilities lead to suffering. Heaven is not a place of faith, hope and love, but rather, of the fruit of faith and hope and love. We cannot finally enjoy the object of our virtue in this life, but we can receive a foretaste of the life to come. Yet, all happiness in this life is “in reference” to the happiness of the next. For Augustine, the passions are appropriate because our lives on Earth are ever changing; man is made of the Earth and the Earth is unsteady. A time for this, a time for that, as Solomon writes in Ecclesiastes.

The changelessness commended by Stoics is staked on a belief that man is not free, that all causes are determined in advance. In this, a Christian might reject Stoicism as it was first formulated, and yet acknowledge that the power of Stoic philosophy over the ancient imagination depended on some possession of truth.

None of these claims is explicitly Christian and I daresay the average 1st century Stoic could have schooled the average 21st century American Christian on fundamental Christian metaphysics without ever having even heard of Jesus Christ. When the Stoics desired to live changeless lives, they desired the divine life. Union with the infinite divine could give stability to the man living in a radically unstable world.

The doctrine of God’s unity and simplicity are recurring themes in patristic theology and Medieval philosophy and while entirely important in defending orthodox dogma, it can be difficult for teachers to find a sound homiletic, pastoral angle to take on these matters. God is perfectly simple has what to do with me going home to play video games for three hours this evening? God is unity itself holds what significance to me running the 100m dash at regionals this weekend? How does a finite being strive to live a unified, simple life?

While a man has but one life to live, he must pass through many stages in this life. He will be an infant, a toddler, a kindergartener, an adolescent, a high school grad, a college student, a grad student, a boyfriend, a fiancé, a husband, a father of one, a father of many, an empty-nester, a retiree… The wise man will naturally change to meet the responsibilities of every stage of life, though the wise man will not live in such a way that radical change will be required of him in the future. The wise high school student does not say, “When I go to college, I will have to play fewer video games.” The wise college student does not, “When I get married, I will have to drink less.” The wise husband does not say, “When I have children, I’ll need to spend more time around the house.” Ask a room full of high school sophomores, “How many of you have told yourself that you’re going to have to pray and read your Bible more after you leave your parent’s house?” and they’ll all grin sheepishly. Of course, the devil is fond of promises to pursue virtue tomorrow. The student who practices not-praying and not-reading a Bible every day for eighteen years is a genuine pro at it by the time they leave for college and it’s hard to quit doing something you’re good at.

A unified life enjoys the gifts which come with this stage of life, but not in such a way that those gifts are hard to set down for the better gifts which come with subsequent stages. Ask a class of seventh graders, “Think of all the things you want very badly right now. If you still wanted those things very badly ten years from now, would any woman marry you?” Ask a class of high school seniors, “In ten years, if you’re still bragging about the things you brag about now, would you consider that a sign of success?” If you’re delighted your teachers never found out about this, you’ll be delighted your husband never found about that, and by then, you’ll be way better at not getting caught. But a unified life is a unity of stages— not only living 16 as though you’re 60, but living 70 as though you’re 17. The man who lives a unified life has a far deeper sense of responsibility for what he has done. He cannot dismiss his teenage years as though he was a different man back then, nor can he burn through his teenage years as though he will someday become something different. The man who lives a simple life knows that when he dies, he will go to meet God with his entire life in his hands, not just the accomplishments and failures of the last few weeks.

In an age such as ours, wherein our culture encourages the radical recreation of the self every fifteen minutes, a bit of the old Stoic desire for divine simplicity is needed more than ever.