There Will Always Be Loopholes 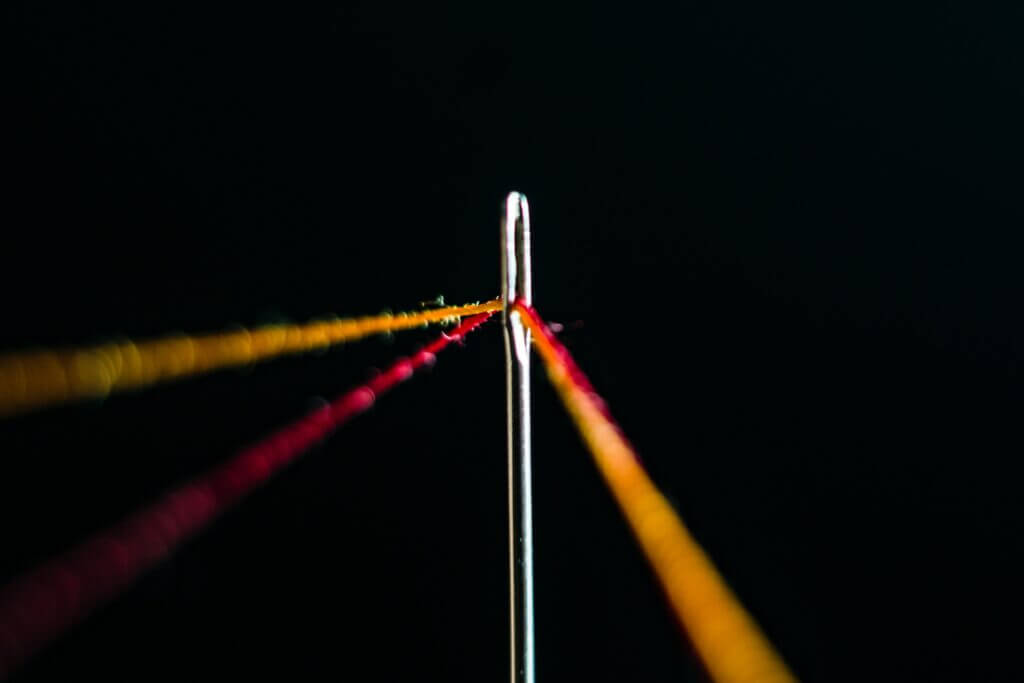 Student: Why did you count my Homer paper late?

Gibbs: Because it was due on Friday and you turned it in on Monday.

Student: But I wasn’t in class on Friday.

Gibbs: You weren’t in my class, which was the first class of the day, although you came to school later in the day.

Student: How do you know that?

Gibbs: I saw you around school.

Student: But I wasn’t at school during first period, which is when your class meets, and so I wasn’t present to turn in my paper.

Gibbs: Did you have a paper to turn in on Friday?

Gibbs: Which is why you didn’t bring me the paper on Friday when you arrived late.

Student: But if I wasn’t in your class to turn it in, why is it marked late?

Gibbs: Because you skipped my class Friday morning just so you would have a plausible-sounding excuse for turning it in Monday.

Student: Why is that “a plausible-sounding excuse” as opposed to a reason?

Gibbs: Skipping class to win a few extra days to work on an assignment isn’t the kind of plan you’d present to a teacher prior to the fact, is it?

Student: No, but so what?

Gibbs: Why would you not present that plan to a teacher prior to the fact?

Student: Because teachers have to say, “I want you in class,” even when they don’t.

Gibbs: That’s true. But is that the only reason?

Student: Did you just admit it?

Gibbs: Yes. Any other reasons a teacher might not want students skipping class to get extra time on an assignment?

Student: I don’t know. I’m still too blown away that you admitted teachers have to say, “I want you in class,” when it’s not true.

Student: How is it good manners to say, “I want you in class,” even when it’s not true? That’s not good manners. It’s a lie.

Gibbs: If a certain student hates class, does not veil his contempt for class, actively tries to derail lectures, mocks the comments of fellow students, and insults the teacher after class, it is hardly surprising a teacher would breathe a sigh of relief when that student was out of class. At the same time, teachers are a good bit like judges, police officers, or priests, in that they are custodians of public trust. Because such profound responsibility rests on teachers, they are not free to do and say whatever they like but must submerge certain personal opinions they hold beneath the high calling of their public persona. When a teacher says, “I want you in class,” he is speaking from his public persona. It’s no more a lie than an officer’s badge or a judge’s robes.

Student: That sounds like an excuse for telling lies.

Gibbs: Given how little respect you have for the public persona of the student, that is not surprising.

Student: I don’t believe in “the public persona” of the student.

Gibbs: I know, although you would enjoy class more if you did. Your classmates would respect you more, as well.

Student: How do you know my classmates don’t respect me?

Gibbs: Your classmates told me you were skipping my class on Friday morning as an excuse for turning in your paper on Monday.

Student: Again, how is that an excuse? Why isn’t it a legitimate reason?

Student: I’m not ashamed of what I did.

Gibbs: That is somewhat true. You told your classmates about it, but not me. Your goal was to look smarter than me, to shame me, and to insult the diligence of your classmates, who got their papers turned in on time.

Student: What if my goal was just to get a few extra days to work on the assignment?

Gibbs: You wouldn’t have told your classmates about it.

Student: What if I told my classmates just so they could see how much I cared about doing a good job?

Gibbs: At this point in the school year, I have no reason to believe that’s true.

Student: You can’t prove that.

Gibbs: And you can’t prove your righteous motives, either.

Student: I don’t have to, though. This whole argument concerns a matter of the heart, a matter of conscience. You don’t know for certain what’s in my heart, which means you have to believe me when I say I had the best of intentions in skipping your class on Friday.

Student: Christians have to take people at their word. “Give to the one who asks you…” as Jesus says.

Gibbs: Well, we’ve reached the place in this conversation where I might say something like, “So, do you have to give me everything I ask of you, as well?” and I might try to get you to reason from your own inane premises and gradually defeat your argument. But I’ve taught a few loophole artists before and I’m simply not up debating you because not even you believe what you’re saying, which means that no amount of logic in the world is actually going to shut you down. Suffice to say, there are enough verses in the Bible about grace, mercy, charity, forgiveness, and good intentions to keep a small-minded man condemning the world for the rest of his life.

Student: What’s that supposed to mean?

Gibbs: It means my obligation here and now is to be useful to you, to do you some good, and debating you any further on the Christian philosophy of conscience wouldn’t help you at all. It would make you twice as dangerous to yourself as you already are. There are times when taking a man seriously means not taking his argument seriously. This is one of those times.

Student: So, you’re simply not going to give me an answer?

Gibbs: The world is such a difficult place to live, and most people live with so many regrets and secrets and fears of getting caught or found out, real confidence is a genuinely rare thing— so rare, in fact, that one does not often find two people with real confidence in the same room at the same time. Now, confidence can be used to help others or to exploit others. Of course, people not only live with regrets and secrets, in our day and age, they also live in a state of perpetual distraction and with a standing list of fifty things they need to do, only twenty of which they can remember at any given time. They forget deadlines. They don’t read closely. In such an environment, loopholes proliferate.

Student: What exactly do you think a loophole is?

Student: Why is that?

Gibbs: Because people who look for loopholes can’t be trusted. You can only burn someone with a loophole once or twice, then they give up on you.

Student: Isn’t it your responsibility to close off loopholes? Doesn’t the existence of loopholes prove that you haven’t articulated the rules clearly enough?

Gibbs: No. Wherever you find words, you find loopholes. Loopholes merely prove that anything can be cut in half, including a sentence. Some loopholes are bigger than others, but no law code written by human beings can account for every contingency, every possibility, every technicality. Language works because of shared definitions, shared experiences, and a shared desire to understand others. As someone who talks for a living, I am keenly aware of the fact that just about anything can be misunderstood and misinterpreted— willfully or unwilfully misinterpreted. It is the nature of language to limit and to truncate. Given the expansive nature of the human ego, language will thus always be potentially, plausibly, arguably offensive. Speaking is always undertaken as an act of faith which assumes the goodwill of the one listening. Of course, such goodwill can always be exploited.

Student: That’s an awfully long and philosophical sounding answer, but there’s just no way around the basic fact that the rules for this class were not carefully laid out. You look kind of foolish because of that, but I’m sorry, you can’t talk your way out of it. I didn’t do anything technically prohibited.

Gibbs: Is this really how you want the student-teacher relationship to work? “Buyer beware”? “Watch your back”? “Should have checked the fine print”?

Student: It hasn’t failed me yet.

Gibbs: And when you someday marry, do you intend on being technically faithful to your wife? If you asked your wife if she had been faithful to you, would you be comforted if she answered, “Technically, yes”?

Student: You always try to liken everything to marriage.

Student: Why would I do that, though?

Gibbs: The same reason you skipped class on Friday morning— to get something you wanted which couldn’t be acquired openly and honestly. Looking for loopholes becomes a kind of sick logic which drives men to loneliness, self-justification, and the cultivation of private lives which they find more pleasurable than their roles as fathers and husbands.

Student: All that just for skipping class on Friday? Geez. Overreact much?

Gibbs: You didn’t think miserable adults come from nowhere, did you? It takes a long time to make a truly miserable adult. You’ve got to start young. Of course, that also means you’ve got a long time to prevent adults from becoming miserable, which is what I’m trying to do. A good portion of what I do as a teacher is aimed at persuading students not to do terrible things in the future, when you’ve got lots of time, money, trust, and power on your hands.

Student: Look, can’t you just let me go with a warning? Can’t you just tell me not to skip class on Fridays again? Why does my paper have to be marked late?

Gibbs: If a late grade on a late paper seems too high a price to pay for such a lesson, I doubt a warning will really sing the message home.

Student: What do you get out of grading my work lower?

Gibbs: Well, the students you bragged to about your plan will see that loopholes don’t work. They won’t come to class skeptical of the lessons I teach, discouraged by the fact that their teacher was outwitted by a student. They won’t think of school as a game to be beaten. All of which means students are more respectful in class, more receptive to what they hear. And I get a little more of your respect.

Student: Why would I respect you more for this?

Gibbs: Ask yourself that question again in about ten years.